Want to win Sara Ali Khan’s heart? The actress lists down the simplest ways to do so

Sara Ali Khan shared multiple pictures on her Instagram account and wrote a poem as her caption. These could be the best ways for all her fans to win her heart. 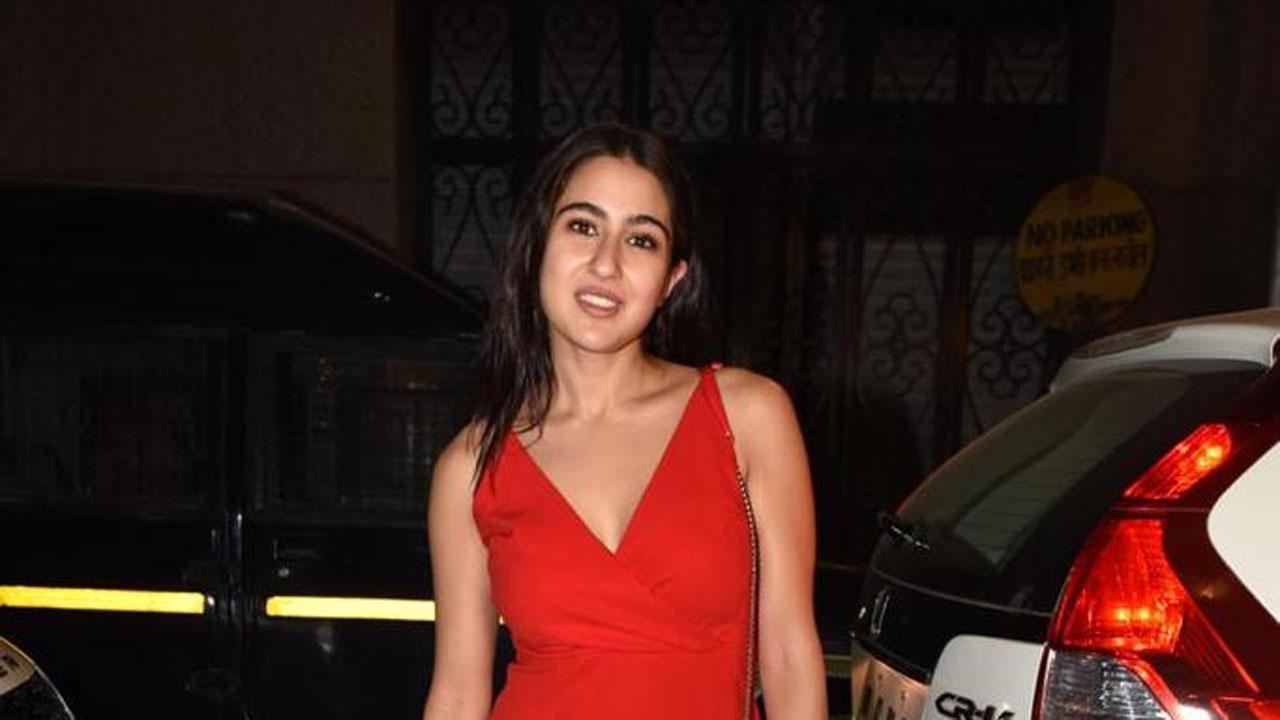 
Sara Ali Khan has been channeling her inner poet on her Instagram posts for quite some time now. Also, she has been sharing throwback pictures with fans on social media. This time, she has not only written a poem and shared old pictures, she has also revealed how one can win her heart in the simplest ways.

She shared a lot of photos that captured her mood and her shenanigans. In the first one, she could be seen doing Yoga, in the second picture, she struck a pose with mother Amrita Singh and brother Ibrahim Ali Khan, the next one had her strike a stunning pose that captured her smoldering aura, one of the pictures saw her holding the clap board of her debut film ‘Kedarnath’.

In another upload, she shared a picture of a delicious thali that should not be seen on an empty stomach. In the next photo, we could se a swimming pool, a coffee mug, and a book. And the last one had her in a thoughtful and beautiful mode as she sat alone on the beach.

On the work front, Sara will be next seen in 'Atrangi Re', opposite Dhanush and Akshay Kumar. While there was a lot of chatter about the glaring age difference between Kumar and Khan when the film was announced, she says Rai has woven a sensitive love story, true to his signature style. "Aanandji is the most compassionate and loving human being I have ever come across. On his sets, it is his emotions, purity and vulnerability that drive him. He tries to extract that from his performers as well. I’m not a trained actor, so I go by my conviction and the director’s vision. It’s important for me to be guided because I can go off-track. It’s important for a director to tell me, ‘Sara, yeh zyada ho gaya, thoda kam karo.’ He has done that beautifully for me," states Khan.