Watch video: Ranbir comes out in support of students in FTII row 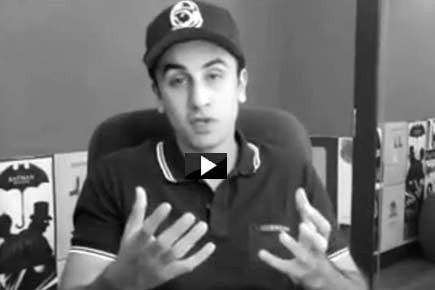 Watch video: Ranbir Kapoor comes out in support of students in FTII row


Bollywood star Ranbir Kapoor is the latest celebrity to come out in support of FTII students, who are agitating against the appointment of Gajendra Chauhan as chairman of the premier institute.

Chauhan, best known for playing Yudhisthira on TV epic "Mahabharata", took over as the chairman of the Pune-based institute's governing council last month. His appointment was heavily criticised by current and former students of Film and Television Institute of India.

FTII students have been boycotting classes, abandoning academic work in protest against the appointment of Chauhan, who they allege lacks "stature and vision" to head the institution. 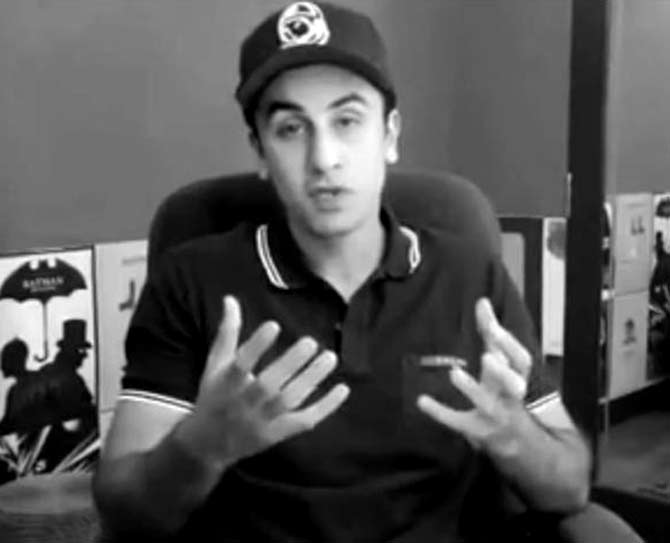 A still from the video

Chauhan's appointment has been criticised by current and former students of FTII, who have been joined by students of various institutes like Jawaharlal Nehru University, Delhi University and Delhi Technological University in their protest. So far, names like Kiran Rao, Piyush Mishra, Sayeed Mirza, Jahnu Barua, Pallavi Joshi, Resul Pookutty and Rajat Kapoor have expressed their dissent over Chauhan's appointment.

In a black and white video, posted by FTII students body on YouTube, Ranbir, 32, makes a plea to the authorities to pay heed to the students' demands, initiate a dialogue with them and address their grievances.

Calling FTII the breeding place of "many filmmakers, cinematographers, editors, award winning personalities", Ranbir, who is not an FTII alumni, says, "I think it gives an opportunity to a person without any film connection who come from various parts of the country. I think people look at a graduate from FTII with so much respect... and hearing about all the things that are happening now, the appointing of a new chairman which has gone against the students' wishes.

"I think it is only fair that students deserve a fair hearing of what they want, all they require is an aspirational figure to look up to somebody with a large body of work, (if) not large body of work but a body of work that they can aspire or they can be inspired from," Ranbir says in the video.

The "Bombay Velvet" star feels the students are not making any illogical demand and are just trying to get what is best for the institute and its future.

"I think the institution's autonomy is also important, there are certain guidelines students have to follow in an institute. But when it comes to an institute of art I think there needs to be a freedom of speech, a dialogue between the governing council and the students so everything is in harmony.

"I don't think what the students are asking for is illogical, all they are asking for is to give them a fair chance a fair opportunity, correct faculty, correct syllabus. I really do pray that an institute that we all are so proud of and seen such great personalties emerge from... shouldn't be a disappointment for student and future students," the actor says.

Next Story : These Bollywood actors have multiple projects stuck in limbo