Recently, comedian Vir shared a story on how he landed two big movies with a comedy show DVD that he titled ‘Viragra’ 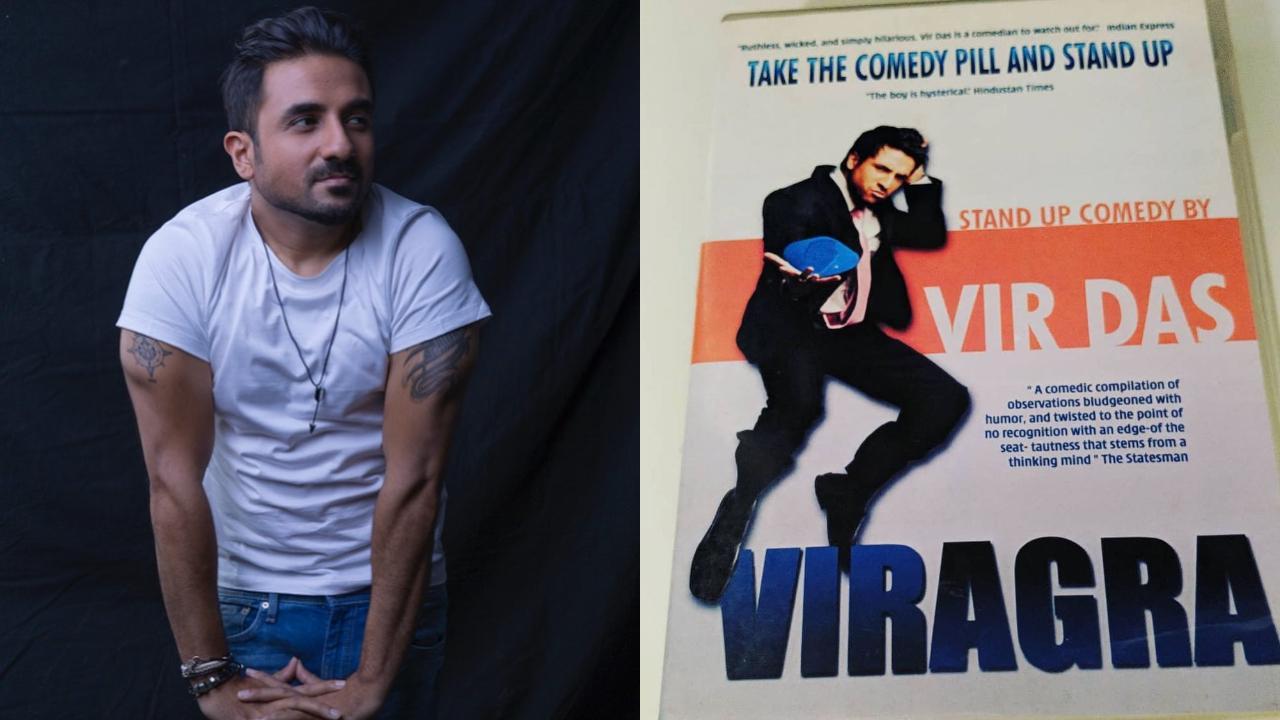 
Vir Das is a well established Indian comedian. While the comedian now performs to filled auditoriums across the world, in his early days, like many artists, he too had to struggle. The comedian often reminisces his struggle days and shares stories about the same on his social media.

Recently, Vir shared one such Mumbai story on his Instagram feed. A story on how he landed two big movies with a comedy show DVD that he titled ‘Viragra’.

“Here's a cool little Mumbai story. I came to the city to be a comic. When the acting bug bit, I knew I wouldn't stand a chance in an audition line with beautiful, tall, talented men from all over India. I knew literally no one in the movie business. I took pretty much my Life savings. I spent 20% of it on shooting a comedy show. And then I spend 80% designing a DVD cover. A cover that looked professional enough (for that time) where it could stand next to major movie titles in a DVD library. It was unimaginatively titled VIAGRA,” he wrote.

“I took an auto to every DVD library between Bandra and Andheri and gave them eight free copies. Said I wanted nothing, and they could make money off it. I knew this is where directors get their movies from. It looked professional enough where they carried it. That DVD wound up in assistant directors hands in YRF and AKP and many other places, got me my first two big movies. Sometimes, you've gotta believe you're worth the packaging and let sheer dumb luck do the rest. Also I firmly believe If I didn't name it after an erection pill It would've produced better results,” he further said.  Vir has been a part of films like 'Go Goa Gone', 'Badmaash Company', 'Mastizaade' and 'Delhi Belly'. He also had a special appearance in Katrina Kaif and Akshay Kumar-starrer 'Namastey London'.

The DVD cover also had glowing reviews from various media organisations and the length of the special is mentioned as approx 73 minutes.

"They say that Indians don't have a sense of humor. Its time to prove them wrong. Its time to witness comedic phenomenon that is hilarious, fearless, unapologetic, raw, angry, and most importantly: Indian," read the description of the special on the DVD.

Meanwhile, Vir Das in currently touring the world with his special titled, 'Wanted'. In the last month of the year, the comedian will be performing in Australia, Singapore and London.

Also Read: Vir Das on Two Indias: If you didn’t laugh, I hope you find something else that gives you joy