Several pictures and videos of Kajol from the Ashtami celebration have been doing the rounds on the internet. One of the clips that caught everyone's attention was of Kajol cutely teasing Jaya Bachchan for not removing mask 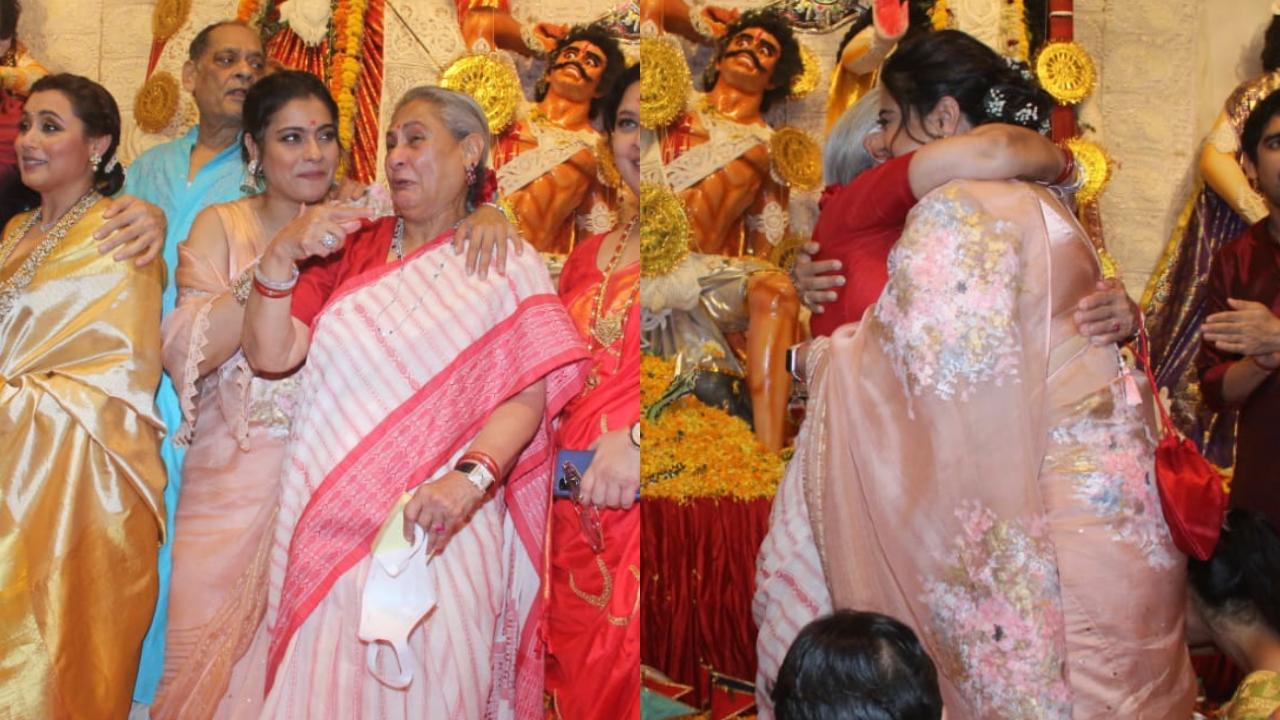 
Every year, Kajol helps her family and cousin Ayan Mukerji's family to organise the Durga Puja celebrations in Mumbai. On Ashtami, she was seen welcoming several members of the film industry at her Durga Puja pandal. Several pictures and videos of Kajol from the Ashtami celebration have been doing the rounds on the internet. One of the clips that caught everyone's attention was of Kajol cutely teasing Jaya Bachchan for not removing mask.

Also Read: Kajol, Hema Malini, AR Rahman to be part of 'The Journey Of India' series

In the clip, Kajol is seen telling Jaya, "Mask nikaln padega (You have to remove your mask)," urging her to show her face. Jaya eventually posed for pictures with Kajol sans the mask.

The Hindu festival of Durga Puja, also known as Durgotsava or Sharodotsava, is a yearly celebration that honours the Hindu goddess Durga and commemorates her victory over Mahishasur.

For the Bengali community, Durga Puja is the biggest festival. This year Maha Shashti falls on October 1 and Vijaya Dashami on October 5.

Meanwhile, Kajol was last seen in a period action film 'Tanhaji' along with her husband actor Ajay Devgn in 2020. She will be next seen in an upcoming web series 'The Good Wife'.'The Good Wife' is an Indian adaptation of the American courtroom drama of the same name starring Julianna Margulies in the lead role The show has seven seasons and it concluded in 2016. Kajol will be seen playing the role of a housewife who goes back to working as a lawyer after her husband's scandal lands him in jail. Directed by Supan Verma and it will stream on Disney+Hotstar.

Next Story : Aayush Sharma shares teaser of new film #AS-03 on Dussehra