What’s the next move for Bollywood and Television producers? 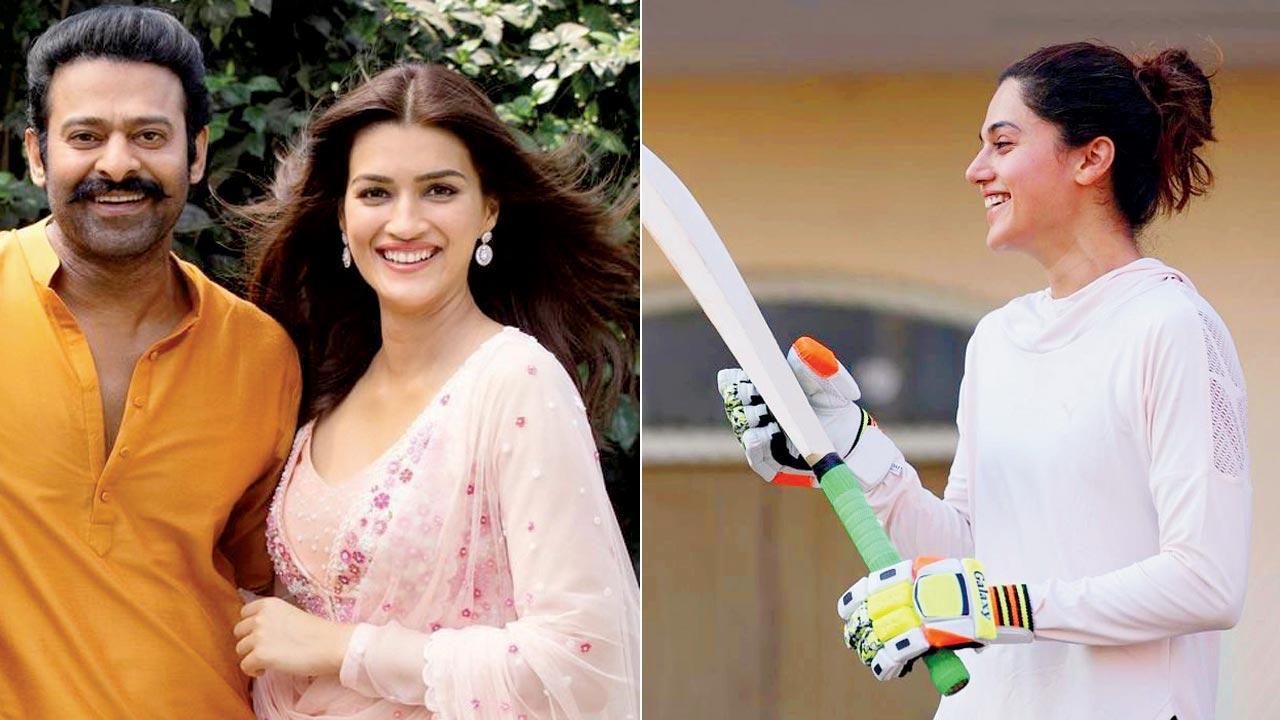 The shoots of Adipurush and Shabaash Mithu are in limbo


The past four weeks haven’t been easy on film and television producers. After the Maharashtra government imposed a junta curfew on April 15, some producers called off their shoots while several others promptly moved base to Goa, Hyderabad and Silvassa to continue filming their projects. Now, with a lockdown announced in the beach state and Telangana, it’s a déjà vu moment of the worst kind for the makers.

The unit of Taapsee Pannu-starrer Shabaash Mithu was Hyderabad-bound in April. “A few days into the shoot, the production found it too risky to work amid the rising cases, even though they were in a bio-bubble. One of their gravest concerns was the fragile healthcare infrastructure in the city, so they returned to Mumbai by April-end,” says a unit hand.

Mehndi Hai Rachne Waali may move to Gujarat or Chandigarh

The makers of Adipurush are at their wits’ end. The team, including Prabhas, Saif Ali Khan and Kriti Sanon, were expected to leave for the south Indian city in the second-half of May. A source from the project reveals, “Director Om Raut had drawn up a plan where not more than 20 people would be required on set at any given time as he would shoot, using CGI, at Ramoji Film City. But with the lockdown brought into effect in Telangana, the makers will take a call after two weeks.”

Goa that was reeling under the pressure of television shoots, including Apna Time Bhi Aayega and Ghum Hai Kisikey Pyaar Meiin, is finally breathing easy. “There were 13 serials, three web shows and three films being shot,” says Sandeep Natwarlal Kotecha, a line producer in the state. He rues that illegal shoots had become rampant in the past few weeks. “Around 25 units were filming without procuring the necessary permission. The work was halted after they were caught.”

No sooner were the restrictions imposed in the beach state last week than the crew of the Star TV show, Ghum Hai..., flew down to Hyderabad. “The Andhra Pradesh government has yet to issue a lockdown. So, the unit is continuing the shoot of their own accord in a bio-bubble,” says a source.

Even as the team of Mehndi Hai Rachne Waali, currently stationed in Hyderabad, figures out the way forward, creator Sandiip Sikcand says he is unfazed about the hiccup as they have a bank of episodes. “We’re looking at options in Gujarat and Chandigarh.” Meanwhile, industry sources indicate that Daman will become the next shooting hub.

Next Story : Farah Khan: Want to do something where my output reaches people directly