Will not let the success get to my head: 'RRR' lyricist Chandrabose on Oscar nomination of 'Naatu Naatu'

Talking to ANI, Chandrabose expressed his happiness and stated, 'I will not let the success get to my head. Seeing the RRR casting list on the Oscar list feels very great and proud' 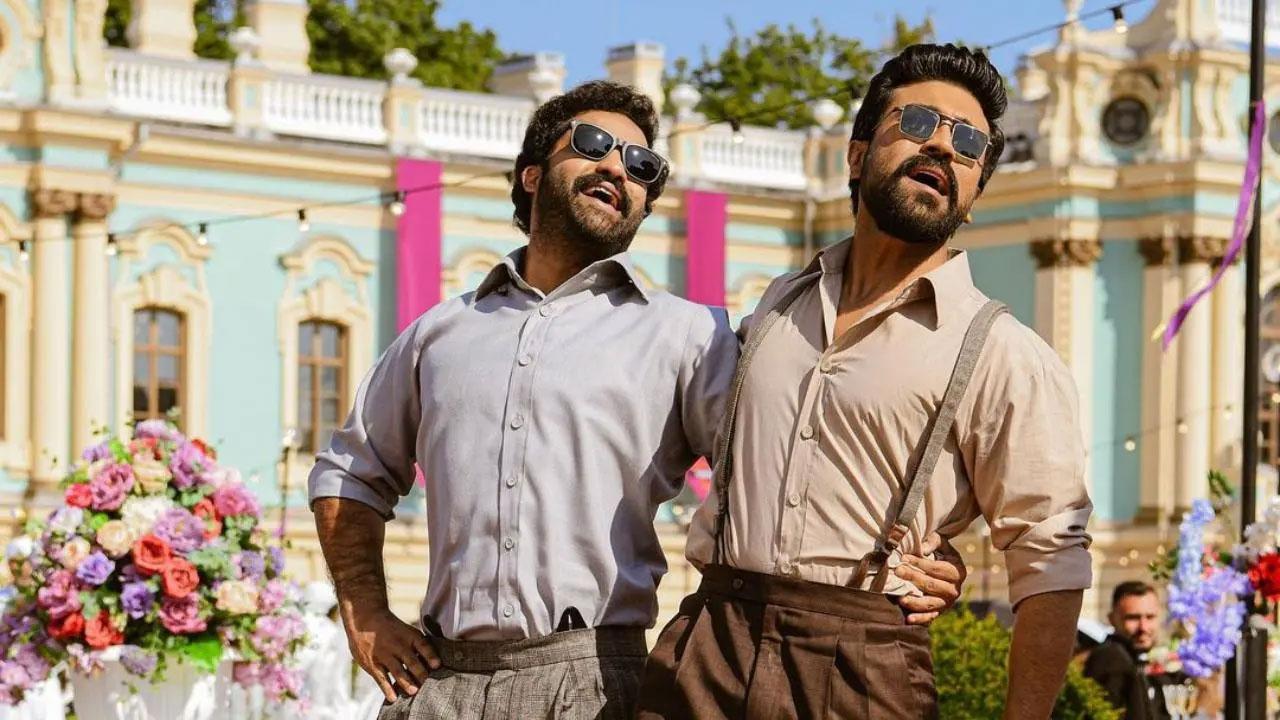 
'RRR' lyricist Chandrabose expressed his happiness and gratitude as his music piece 'Naatu Naatu' bagged an Oscar Nomination in the 'Best Original song' category'. Talking to ANI, Chandrabose expressed his happiness and stated, "I will not let the success get to my head. Seeing the RRR casting list on the Oscar list feels very great and proud." He further said, "I never dreamt this much height in the wildest dreams. Thanks to Keeravani for giving songs and Rajamouli he added."

Shedding light on the exposure, Indian cinema along with the Telegu industry is getting presently, Chandrabose said, "Telegu songs and Indian cinema pieces are reaching out to the audience on a global level. And purely this song was a collective effort of the team. Today, genuinely I'm on cloud nine. We all are very excited and are eagerly waiting for the Oscars to be held in March."

He added, "Getting recognition on a global level is definitely huge. This honour brings up a lot of love across the nation and around the globe." Lyricist of the song 'Naatu Naatu' from the period action drama 'RRR' Chandrabose's wife Suchitra expressed gratitude after her husband's song officially entered the Oscars race in the 'Best Original Song' category. Speaking to ANI, Suchitra expressed her happiness, "All of us are really surprised about it. We are just crossing our fingers and wanting the entire success of the particular song."

Sharing about Chandrabose's feelings, she said, "He is still in the run just a little distance is there. We are overwhelmed when Keeravani ji got the Golden Globe award. The tears rolled out of our eyes. And we are so happy that he got that award. And at the same time, the lyrics are Chandrabose's lyrics. All these days it was in Andhra Pradesh and Telangana now RRR is making it worldwide. Before RRR his lyrics were very famous all over India. Everybody there is singing, this RRR song. We are so blessed."

Suchitra stated, "I was expecting this would be a massive movie. Why because earlier Pushpa song 'Oo Antava Mawa' went viral all over India and also at the international level. So it was going viral, so I was just thinking his song is going to reach all ends but I never expected that RRR film will enter the Oscars race." She added, "Being the better half of Chandrabose, we are just waiting. We cannot expect everything in the world. We are just waiting with a lot of prayers that we should get it."

Speaking about the celebration, she said, "Our celebration is when others get it. Normally, it's teamwork right and whenever we are recognized by some award that's a real festival for us. We are very, very happy and thankful to God for really showing us this much response."

Expressing his gratitude towards the support Chandrabose has been getting from his wife, he stated, "I totally reside by what my wife says, she has always been a support pillar in my life and career. She creates a space for me to write well, to be creative, and provides a super comfortable zone to be able to concentrate properly."

The film also bagged the 'Best Foreign Language Film' at the Critics Choice Award. If 'RRR' wins the Oscars, it will be the most memorable, remarkable, golden moment for the Indian film industry. Talking about India's performance at the Academy Awards so far, the first Oscars was one by an Indian artist was for costume designing. Bhanu Athaiya bagged the Oscar in 1983 for designing the costumes in the 1982 historical film 'Gandhi'. In 2009, a British film set in India 'Slumdog Millionaire' bagged 4 Oscars.

The film is a fictional story based on the lives of two Telugu freedom fighters, Alluri Seetharama Raju and Komaram Bheem. Ram Charan and Jr NTR played lead roles, respectively. The film collected over Rs 1,200 crore worldwide. Alia Bhatt, Ajay Devgn and Shriya Saran also starred in the film. This lyrical composition of 'Naatu Naatu' by MM Keeravani, high energy rendition by singers Rahul Sipligunj and Kaala Bhairava, unique choreography by Prem Rakshith, and lyrics by Chandrabose are all the elements that make this 'RRR' mass anthem a perfect dance craze.