Yami Gautam tied the knot with her 'Uri: The Surgical Strike' director Aditya Dhar in June. The wedding was an intimate affair with only relatives and close friends of the couple in attendance. 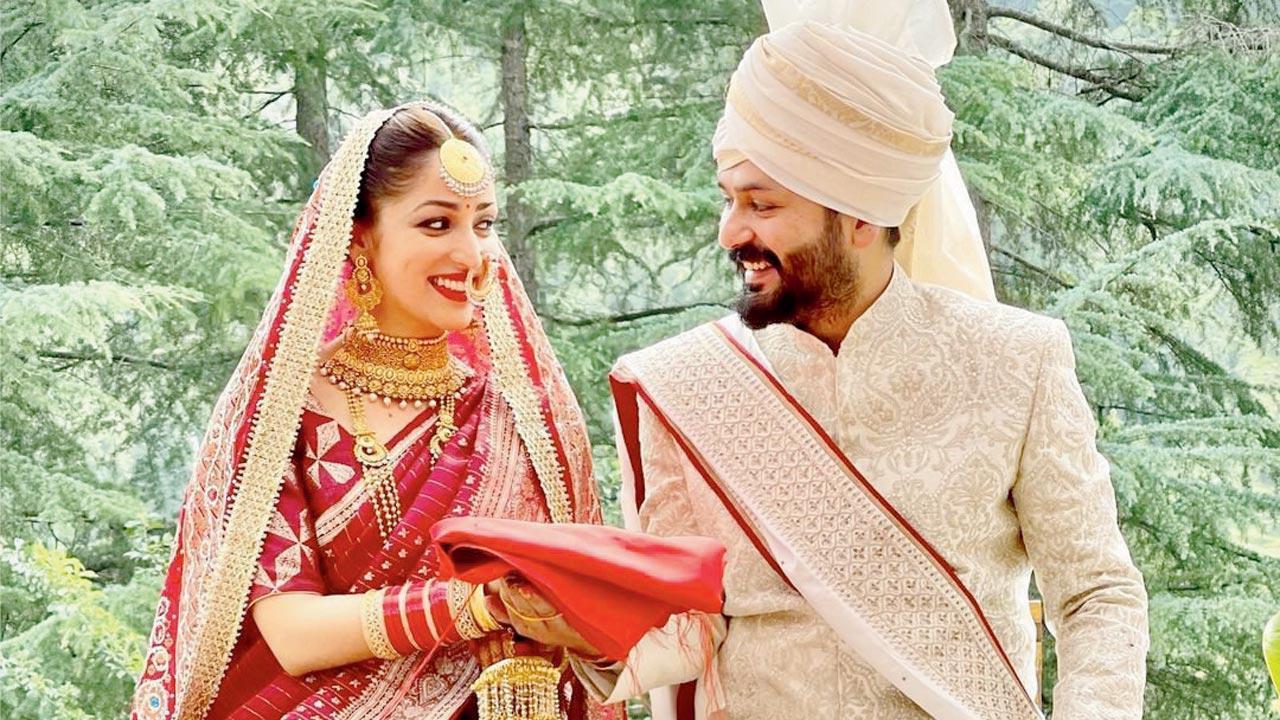 
Bollywood actress Yami Gautam, on her social media on Sunday, celebrated a month of her wedding with filmmaker Aditya Dhar. Yami tied the knot with her "Uri: The Surgical Strike" helmer in June. The wedding was an intimate affair with only relatives and close friends of the couple in attendance.

Celebrating the completion of one month of her wedding on Sunday, the actress shared a photo from the ceremony on Instagram and wrote: "To a month filled with love and gratitude. @adityadharfilms." In the photo, the bride and groom can be seen holding a piece of red cloth together.

On the work front, Yami featured together with actor Vikrant Massey in the romantic comedy film "Ginny Weds Sunny", which released digitally last year. The actress will next be seen in the horror comedy film "Bhoot Police". The Pavan Kirpalani directorial also features Saif Ali Khan, Jacqueline Fernandez and Arjun Kapoor. Apart from this, Yami will be seen alongside Abhishek Bachchan and Nimrat Kaur in the forthcoming film "Dasvi."

Next Story : Kiara Advani shares a throwback picture, wants her ‘Bikini Bod’ back