Zaheer on how he bagged Notebook, why Salman calls him Zahero and more

With Notebook up for its release, Zaheer Iqbal gets candid with mid-day.com in this exclusive interview 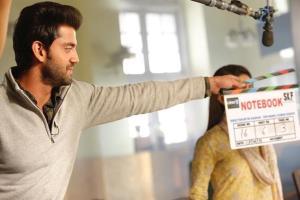 
Zaheer Iqbal, a Salman Khan find, is all set to test himself on the big screens as an actor with his debut film, Notebook. This film, produced under Salman Khan Films marks Zaheer's debut in the film industry. He will be seen alongside debutant Pranutan, daughter of Mohnish Bahl and the granddaughter of veteran actress, Nutan. Before this film, helmed by Nitin Kakkar, hits the marquee on March 29, Zaheer Iqbal sits for a tete-e-tete with mid-day.com, where he speaks about Notebook, his female co-actor, Pranutan and the dynamics of love.

Excerpts from the interview:

How did Notebook happen to you?
Notebook happened to me while I was dancing at my sister's wedding at her sangeet performance. We had shot a video of a story where my sister and brother-in-law win the local best couple award in 2025, and I was playing my brother-in-law's part and every time the song appeared in the video, I had to come on stage and dance to it. When I got off the stage, Salman (Khan) bhai happened to be there because he is my dad's childhood friend. He wasn't supposed to be there since he had a court case in Jaipur but that got pushed. So, he agreed on attending the function for ten minutes. Salman sir came when the performance had just begun and he sat through the entire one-hour performance because he enjoyed it so much. As soon as I got off the stage, he hugged me and said, 'I think, you should become an actor. You'll be loved onscreen, stop whatever you are doing and start training to become an actor.' And, that's how I am here. 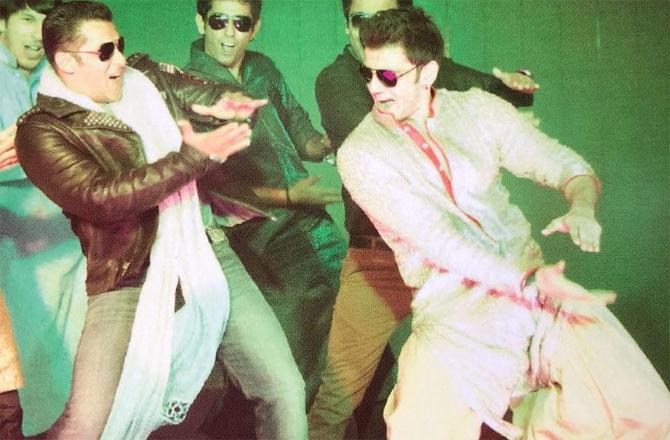 How was it facing cameras for the first time?
I was very comfortable. I was slightly nervous because when you are facing the professional camera, you have those lights and 200 people staring at you to see how good or bad you are at what you do. It was exciting and the nervousness was very less, at it's minimal because we were so well prepared by Nitin Kakkar (Film's director) and Hemal sir (acting coach). Also, the six years of training that I have got through Bhai (Salman Khan) got me prepared for any situation that comes even in the future. I was very grateful for my first shot, I said, 'Thank You, God' and went and gave my first shot.

How was it working with Pranutan and how did you'll break the ice with each other?
I don't know how we broke the ice. I think the first time we met was as if we were already friends. We met at her audition, where I happened to be at the other room, doing a workshop. Nitin sir asked me if I wanted to play the guy's character in the audition happening in the other room. That was the first time I saw her, met her and performed with her. I think I was so much in awe of her performance that I liked her from the first second because I went, 'Wow, I hope she is my actress because she acts so well.' It was a fun audition where we did 2-3 scenes and immediately got along like a house on fire. It has been only better since then. We have a great relationship where we are very honest with each other. If we feel that something is right or wrong, we tell each other without the fear of being judged. It has been a great experience working with her. She inspires me with the hard work she puts in it, that's amazing.

Your Instagram bio says, 'Zahero'. Where did you get this name from?
Salman Bhai called me Zahero six years ago on the sets of Jai Ho, where I was an assistant director for a year. Randomly, just one day, I was standing somewhere and he started calling me by saying, 'Zahero'. At first, I did not react or turn around. He again called, 'Zahero' and then someone told me 'Bhai is calling you.' I turned around and since then I never questioned him why he called me by that name because I loved the name. It's a really cool name to get. Since then people around me have caught on this name and everyone thinks that my name is Zahero.

The name itself has 'Hero'...
Yeah, that's why I love this name. As a child, I did not meet him (Salman Khan) much. His sister Arpita Khan Sharma and I were in the same class. So, he would come for our Annual Day function and other small functions where he has always seen me perform on stage and would call me 'Hero' because of it.

With such an intense storyline, which revolves around love, what do you think, how will the audience perceive?
I genuinely believe that it's going to take everyone back in time. This will make a lot of people wish, they were born 15 years ago so that they could experience this kind of love because it's very honest and genuine. In today's day-age, love happens very quickly. Back in the day, relationships were much stronger. I am not saying that they aren't strong now but they were much stronger because you knew what a person would or would not do for you even before you go with them.

Do you mean the dynamics have changed?
Yes. Earlier when you reached late by mistake to meet someone, that person waited for you. Small things like these or even the smallest things mattered a lot. Today, how sure are you that your love will wait patiently for an hour for you?

Have you ever waited patiently for an hour for anyone?
Yes, of course! I am a die-hard romantic and for people I love, I'm not just saying romantically but otherwise, too, I would do absolutely anything.

Do you think such kind of love exists in this tech-dominated era?
Definitely! Love is infinite. You can never defy saying that love was pure earlier and is the other way round now. These days, the ways of loving are different and it happens through different mediums. But when love happens, it's nothing but love.

What kind of characters would you want to portray in future?
I have no such wants that I want to play some specific characters. I don't want to limit or restrict myself to anything. I just want to do any good film and work with good directors. I think a director is very important for any film. You can have a great script and have a director who could narrate the story or you could have a horrible script and have a director, who narrates the story beautifully. The story could be the same but just the two people narrating it differently.

Also Read: Zaheer Iqbal: There is a pressure to not let Salman Khan down

Next Story : Pranutan Bahl on her entry in Bollywood: It's home ground for me