Alia Bhatt, Ranbir Kapoor, Ayan Mukerji were snapped at the premiere of the Brahmastra song 'Deva Deva' in the city. The actress was seen acing her maternity fashion the video has already taken over the internet. (All photos/Yogen Shah) 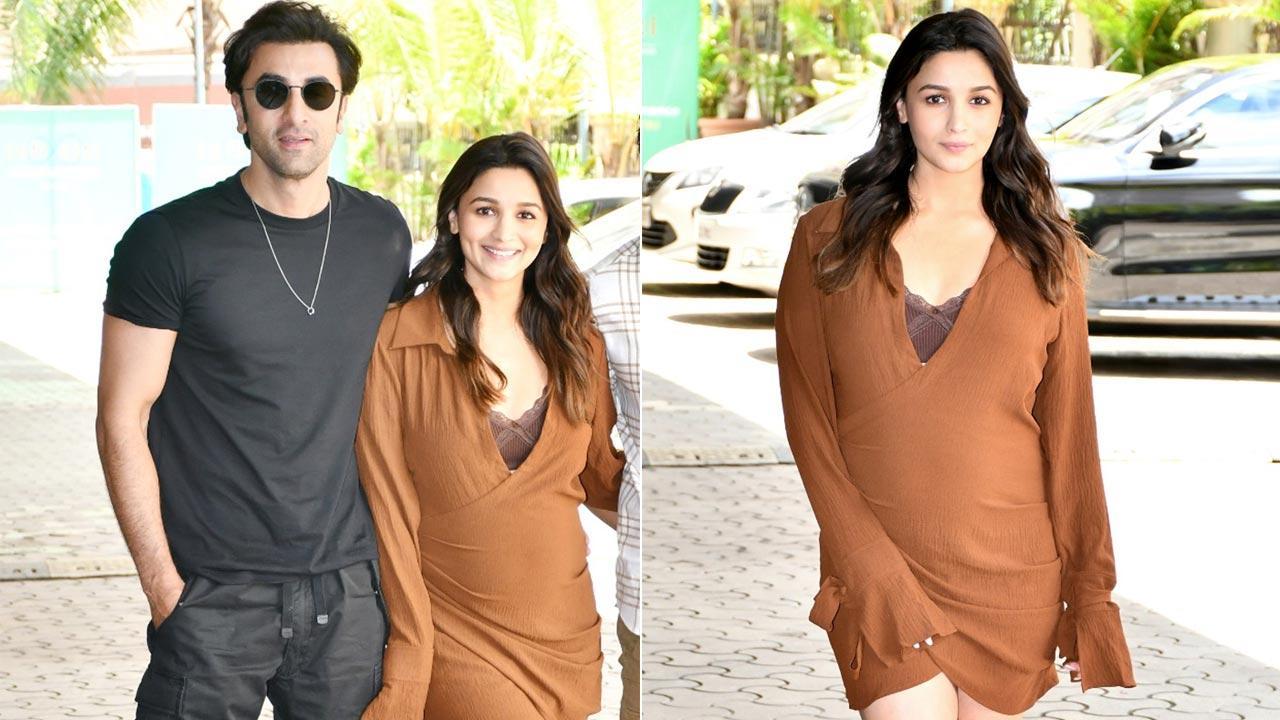 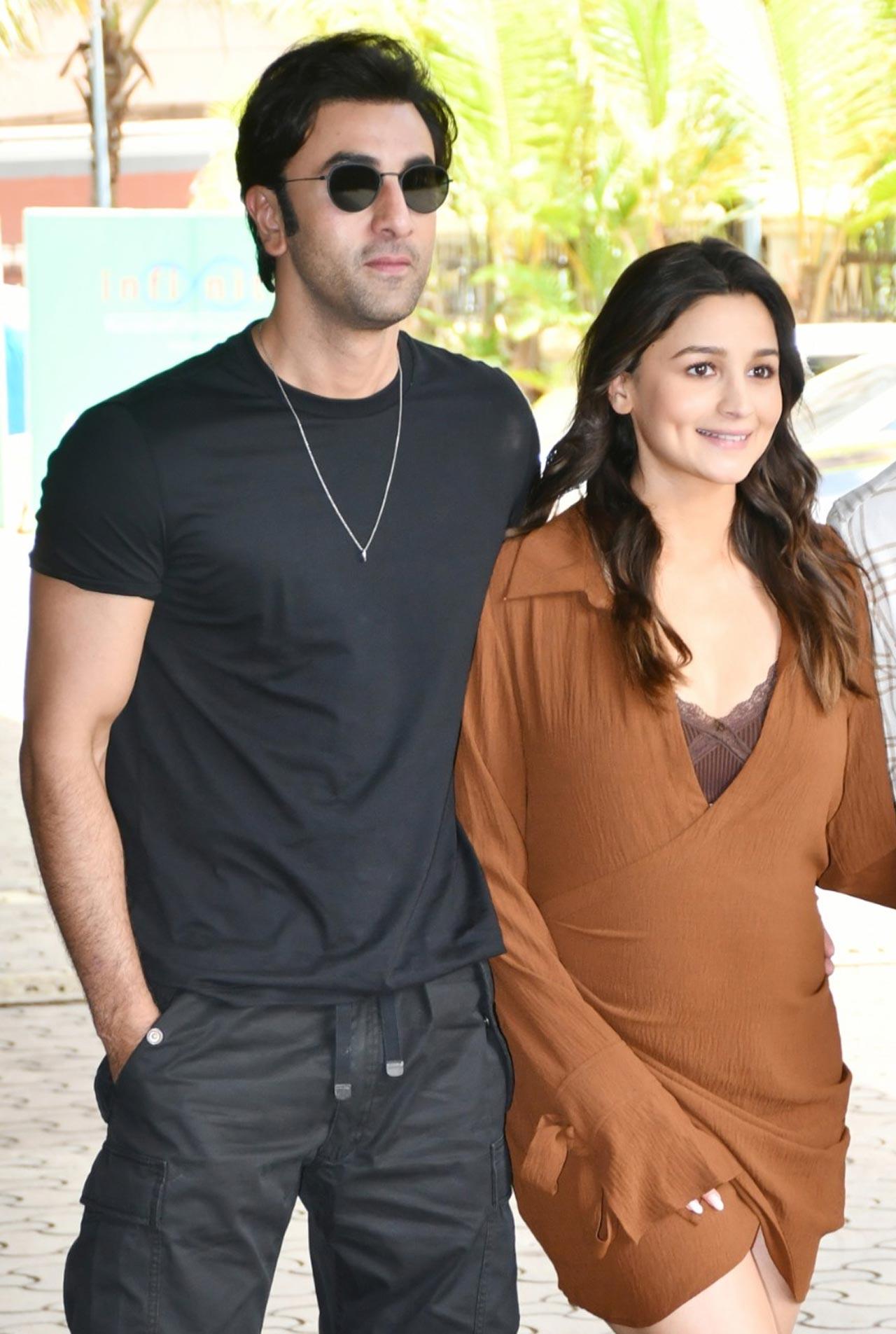 The makers of the upcoming magnum opus 'Brahmastra Part 1: Shiva' unveiled the spectacular song 'Deva Deva' from the film featuring Ranbir Kapoor, Alia Bhatt and Amitabh Bachchan. As promised by the director Ayan Mukerji, the song is a complete visual treat for fans 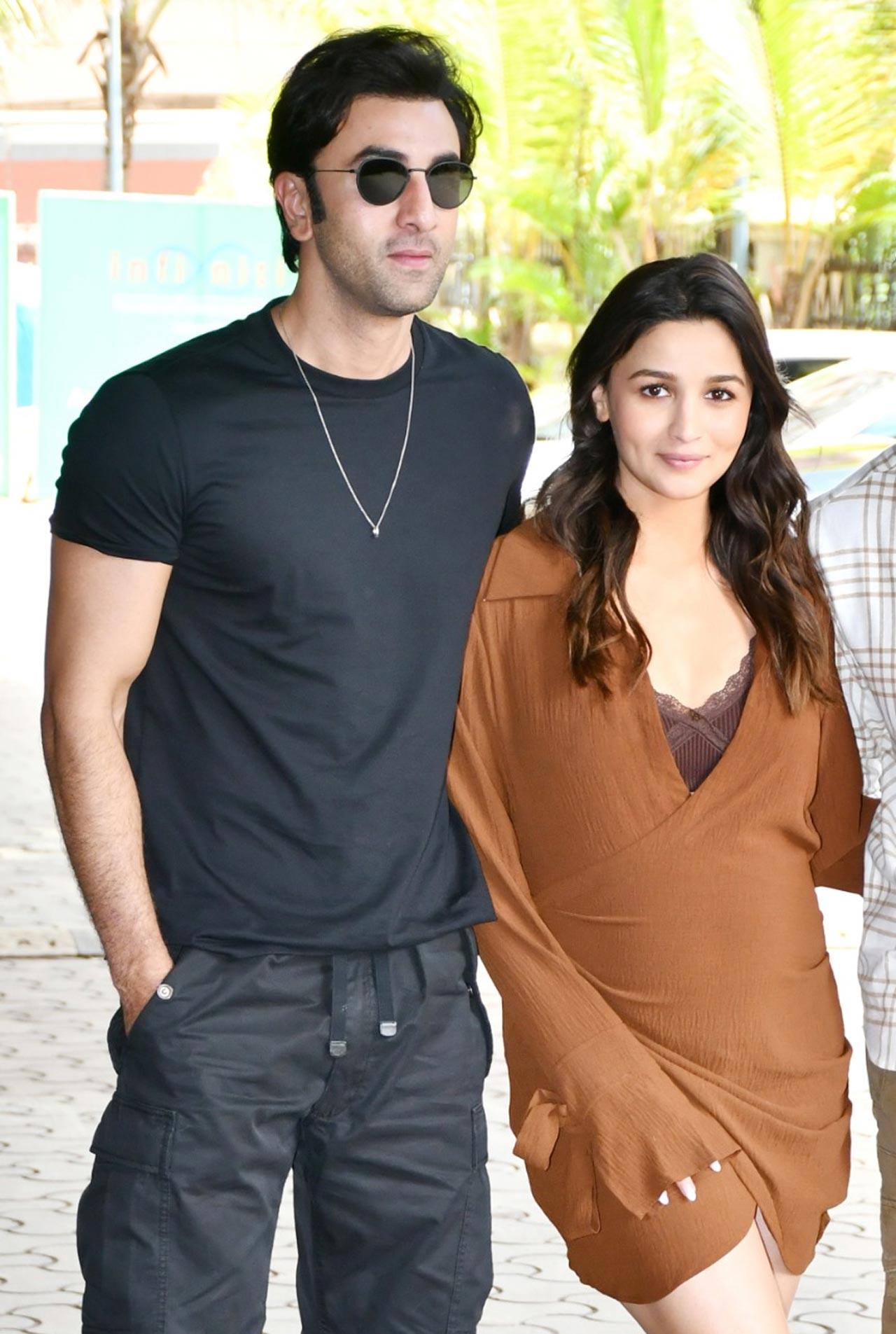 Speaking about the trailer, it begins with Big B's voice talking about the five elements that have had their powers stored in 'astras' (weapons) since ancient times and that this is the story of the God of all Astras -- the Brahmastra 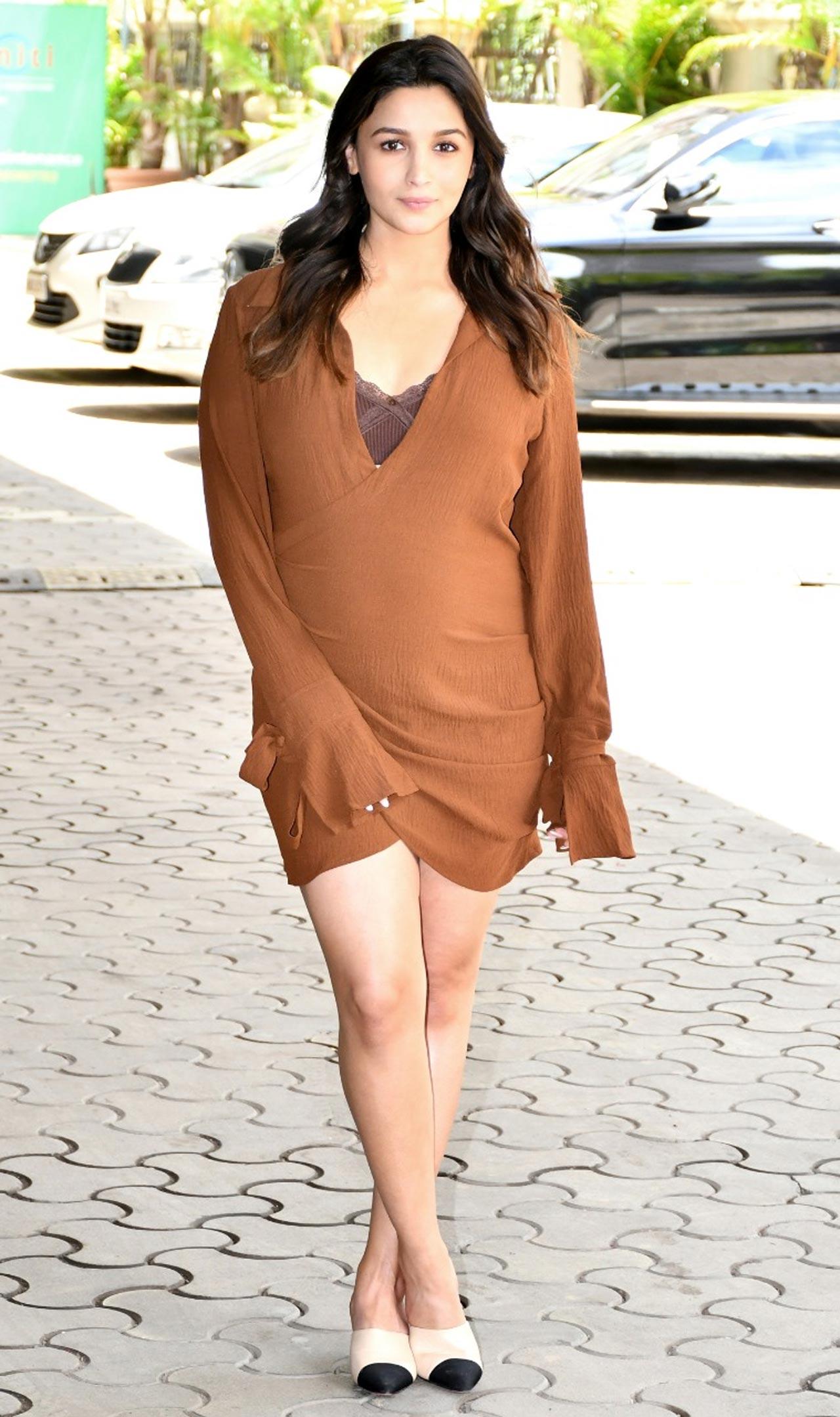 Ranbir's character Shiva, a boy-next-door, meets Isha, played by Alia, who learns about Shiva's secret --fire does not burn him. There are glimpses of Nagarjuna and also Mouni Roy as the film's villain 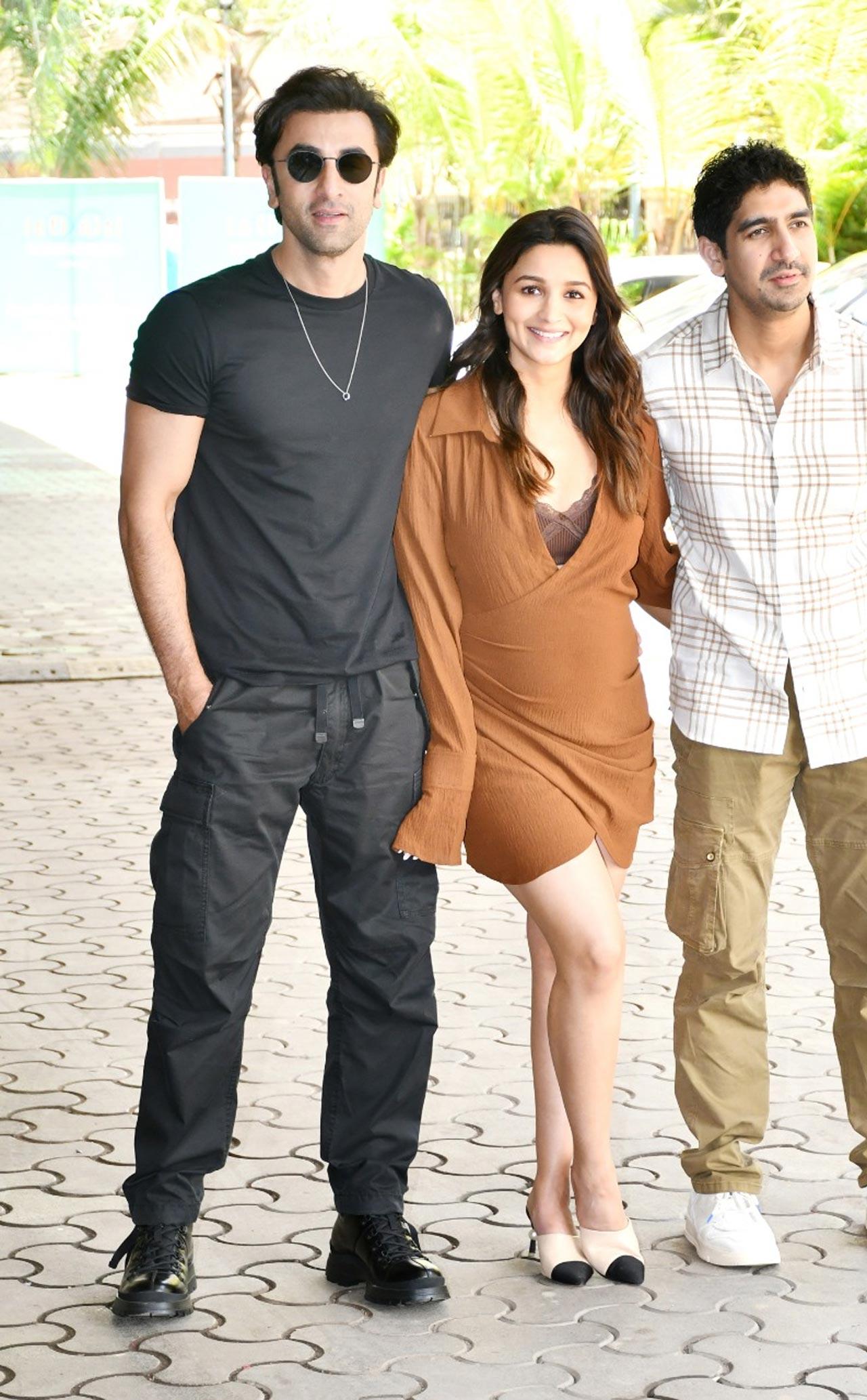 Director Ayan Mukerji speaks on this momentous occasion, "Marking the beginning of a new cinematic universe, 'The Astraverse', I believe Brahmastra is the kind of film that the country would feel really proud of" 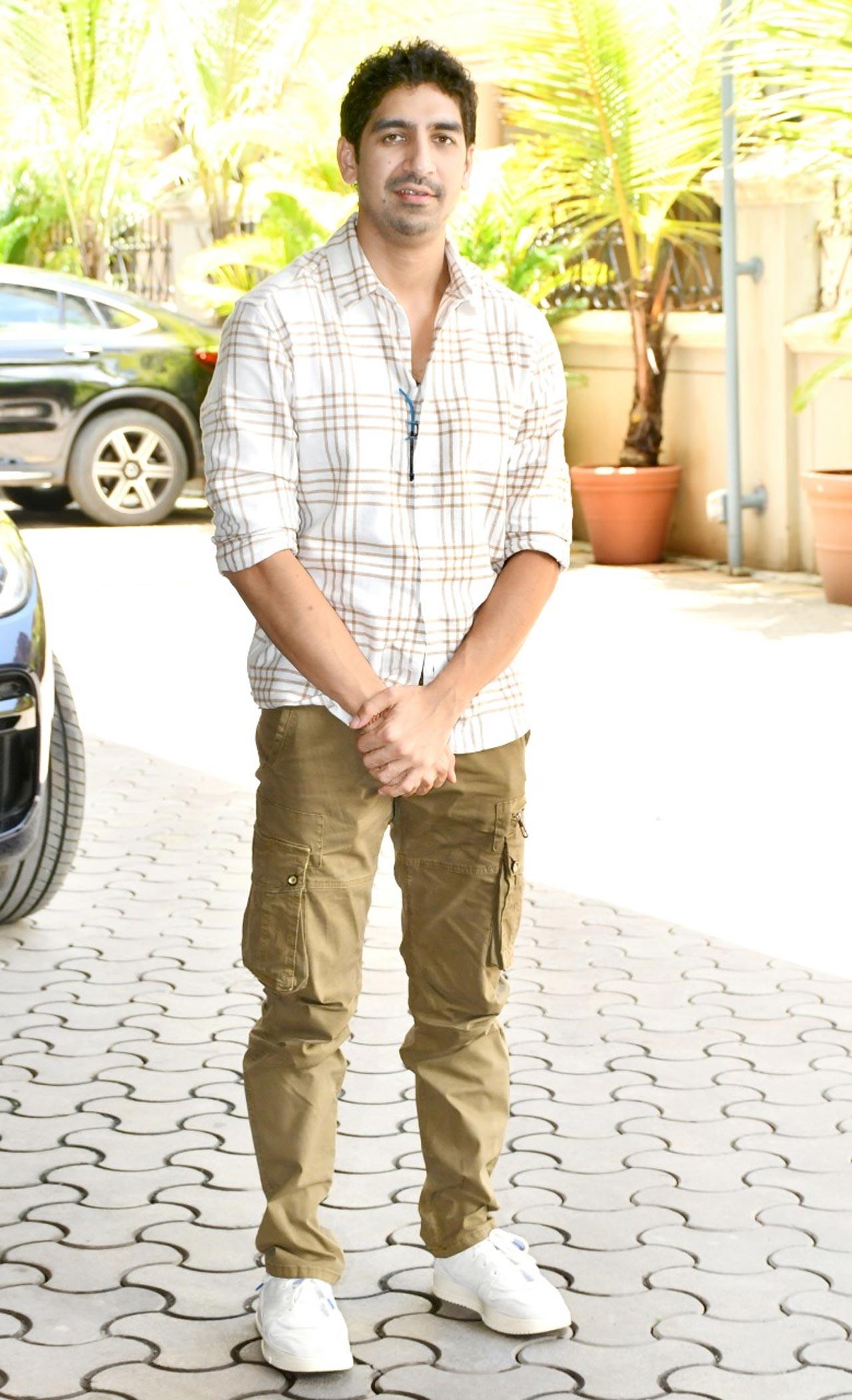 "It touches on our roots; celebrates our rich culture and it takes us forward with our technology. The film is proudly Indian and Imaginative and bringing together some of Pan-India's most renowned names was a dream come true" 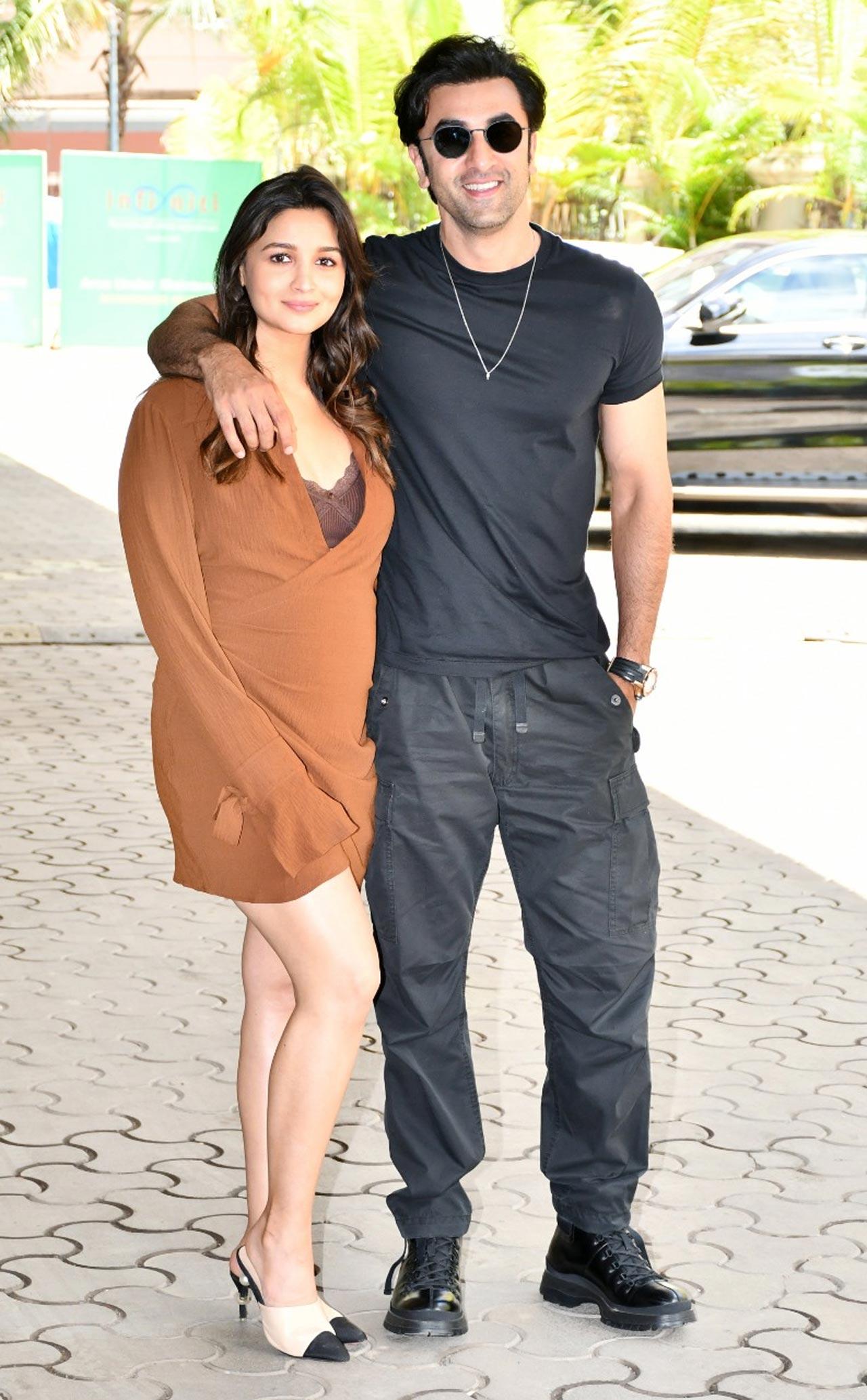 For the promotional event, Alia Bhatt was seen wearing a pretty brown dress, paired with stilettos.