The 'Brahmastra' team, which included actors Ranbir Kapoor and Alia Bhatt along with the film's director Ayan Mukerji, on Monday, made their way to Ujjain, with the husband-wife duo dressed up in ethnic outfits. (All Photos/ Yogen Shah) 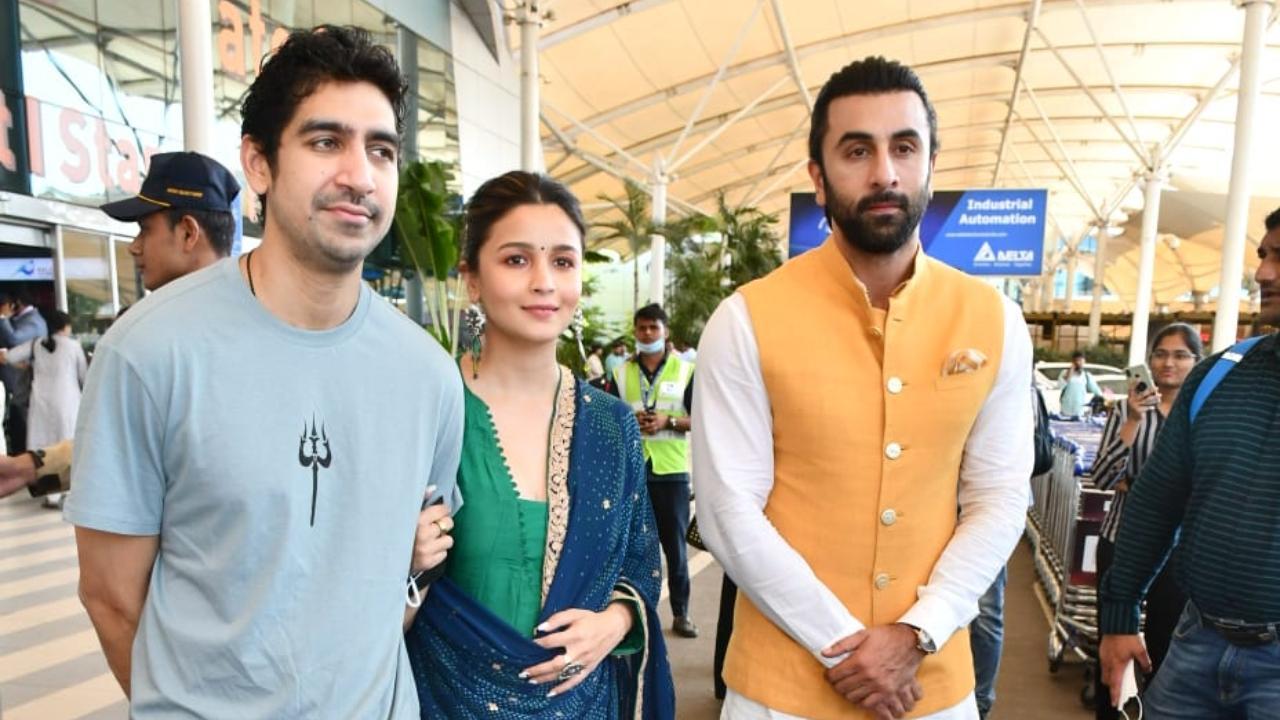 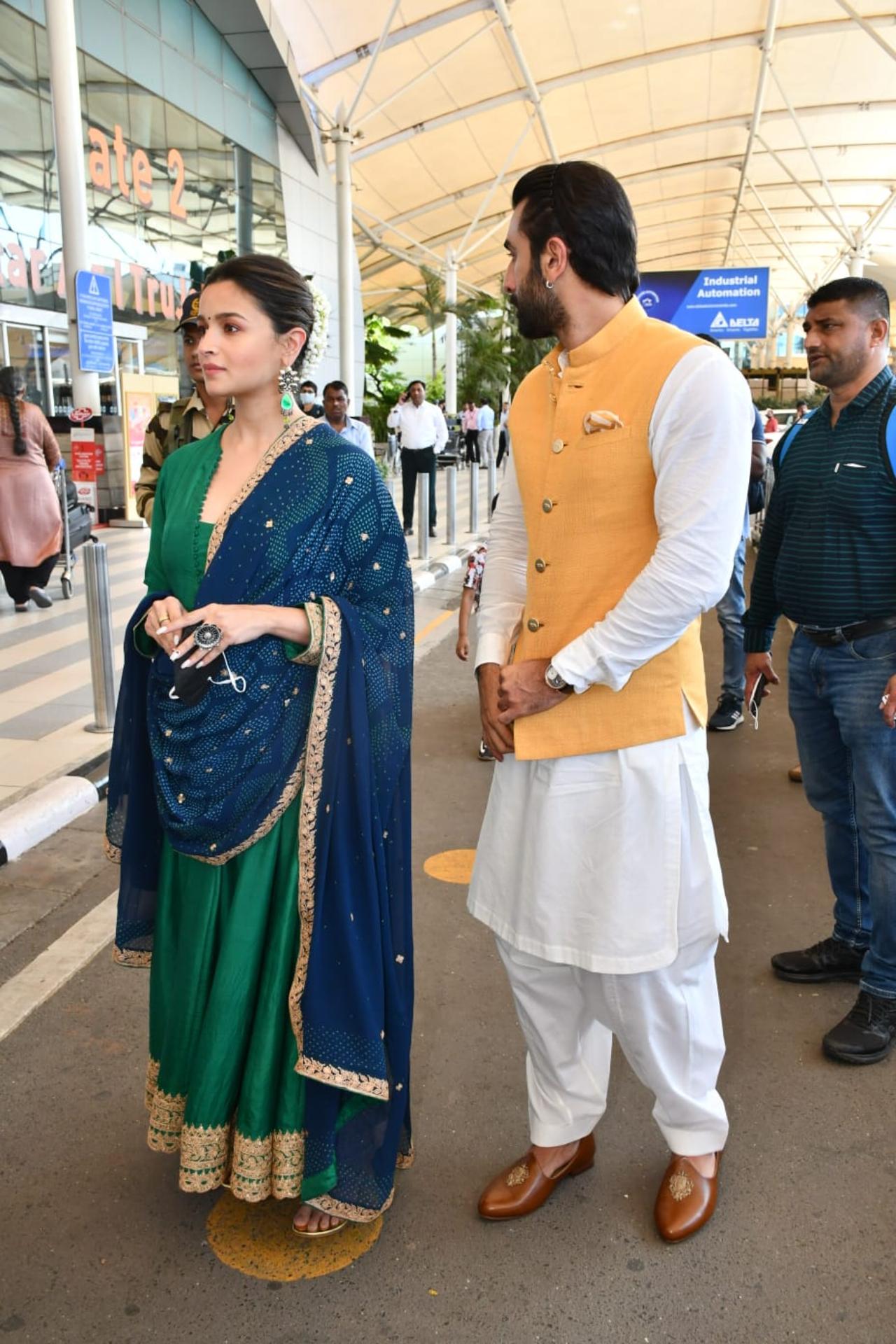 The three are currently visiting Ujjain to go to the Mahakaleshwar temple ahead of the film's release. Alia took to her Instagram handle and shared a short clip in which she along with Ranbir and Ayan were seen sitting inside a car 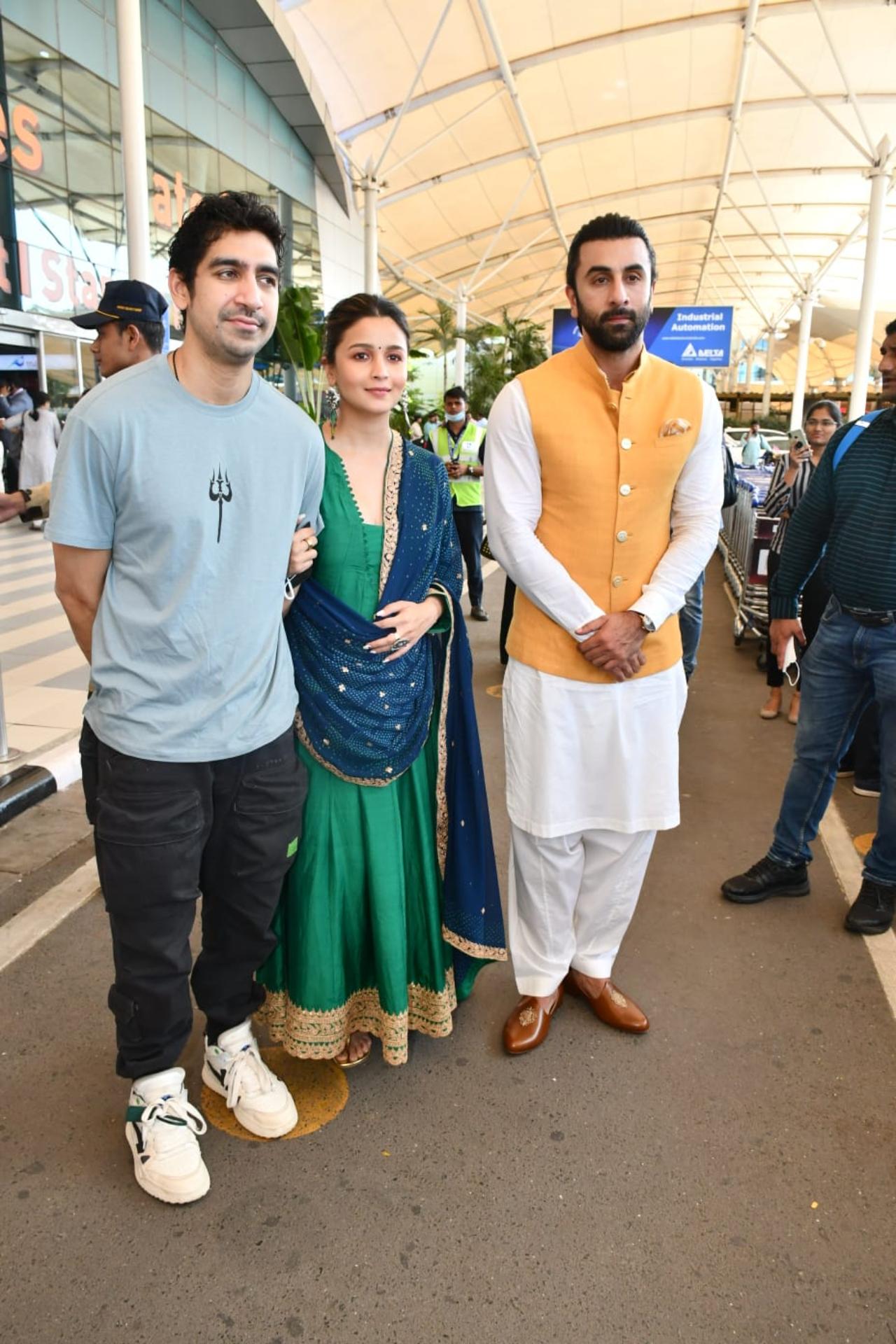 The soon-to-be parents looked ethereal in Indian ensembles. While Alia had donned a dark green Anarkali suit with a dark blue dupatta, Ranbir was wearing a white Kurta Pajama paired with a yellow waistcoat. Ayan opted for a casual look as he was dressed in a pale blue t-shirt with Lord Shiva's 'Trishul' printed on it 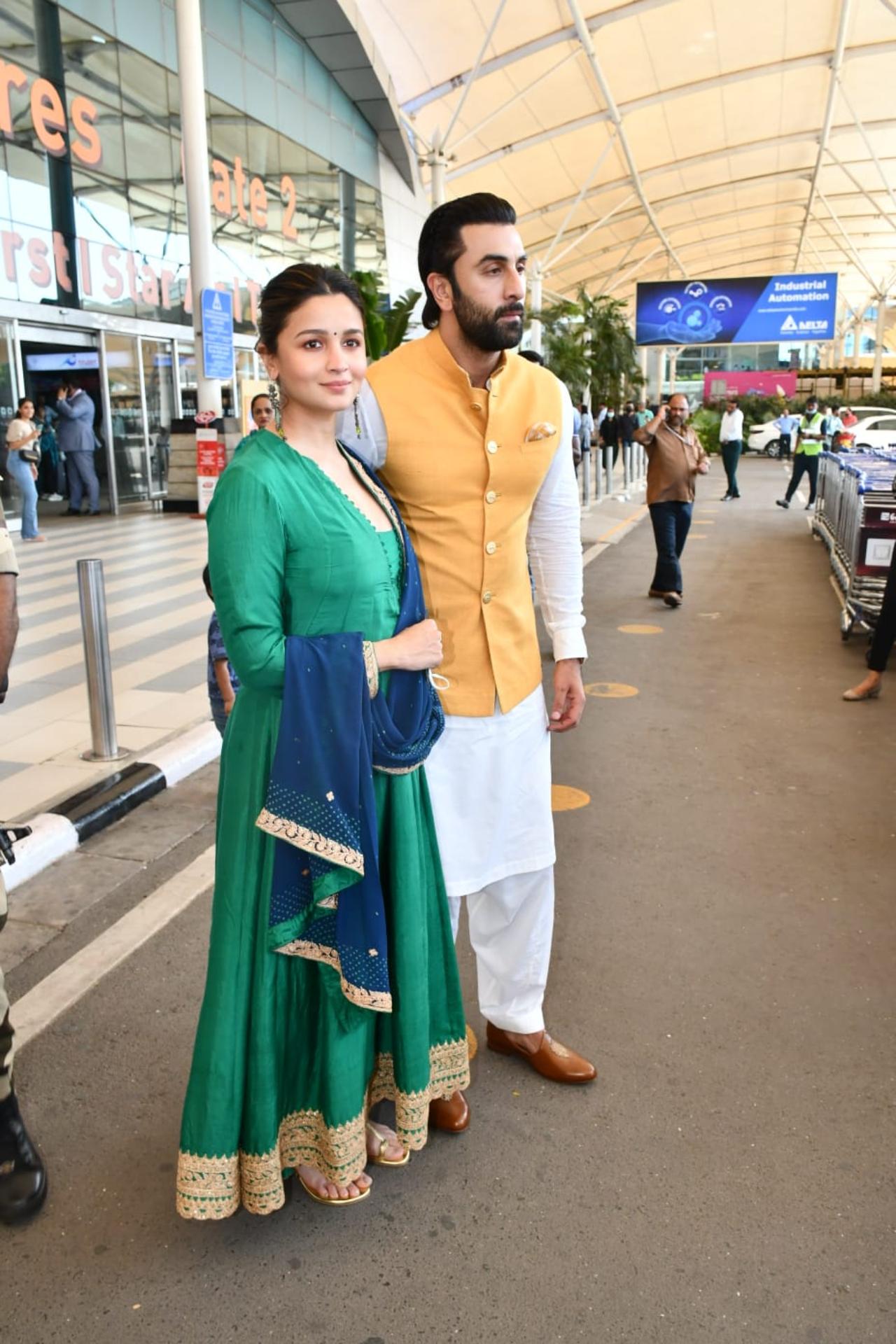 In the clip, Alia revealed, "Hello, we are back once again with some more information. Firstly, we are on our way to Mahakaleshwar Temple in Ujjain." Ayan then chimed in to say, "Which I am very excited about on the eve of our release. I am very happy we found the time to go 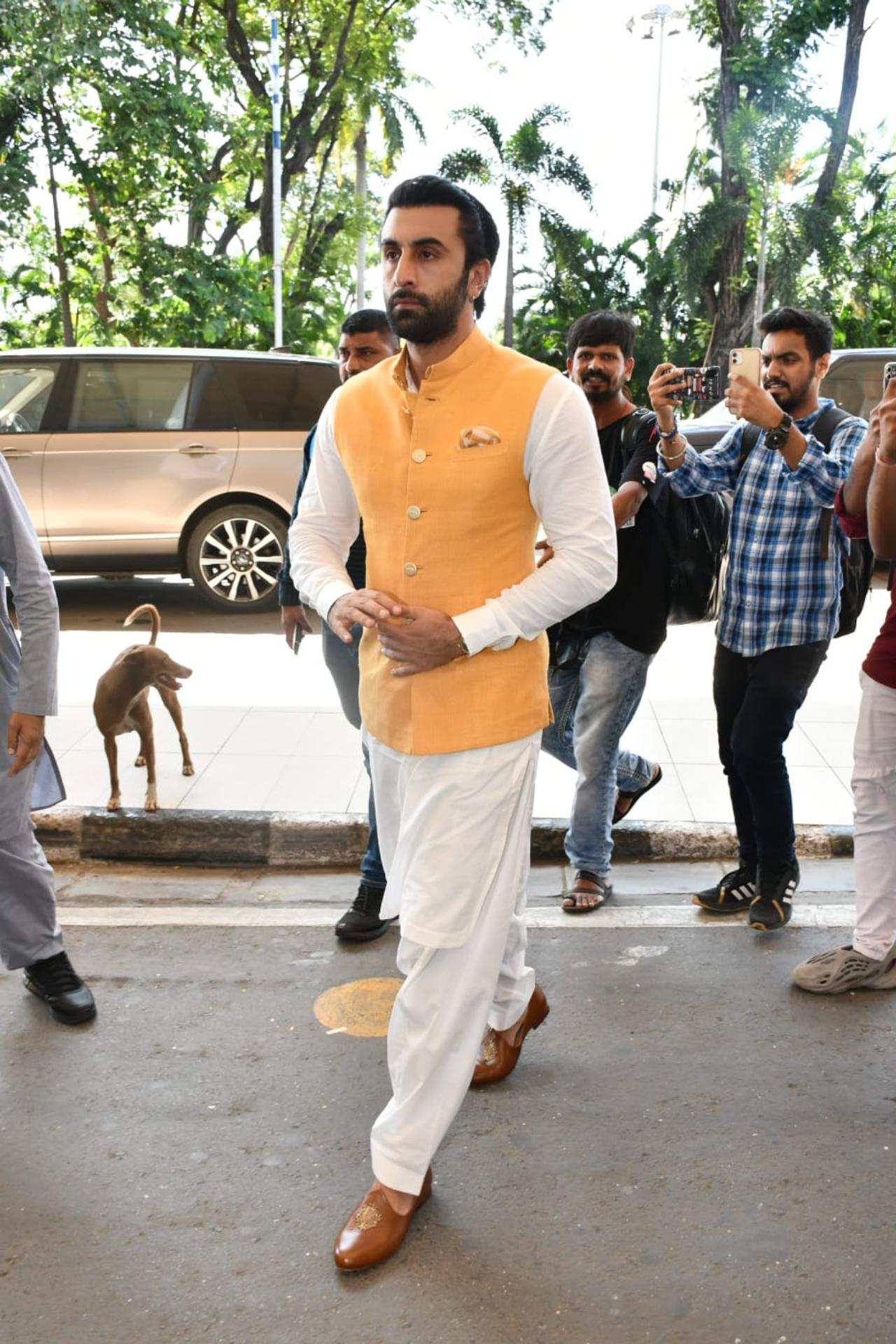 Further, Alia added, "Ayan had gone for the motion poster launch, and Ranbir and I are going now before the film launch. So we are very excited. Lots of good energy we can get hopefully, fingers crossed..." Ranbir signed off by saying, "See you at the movies, dhanyawad (thank you)." 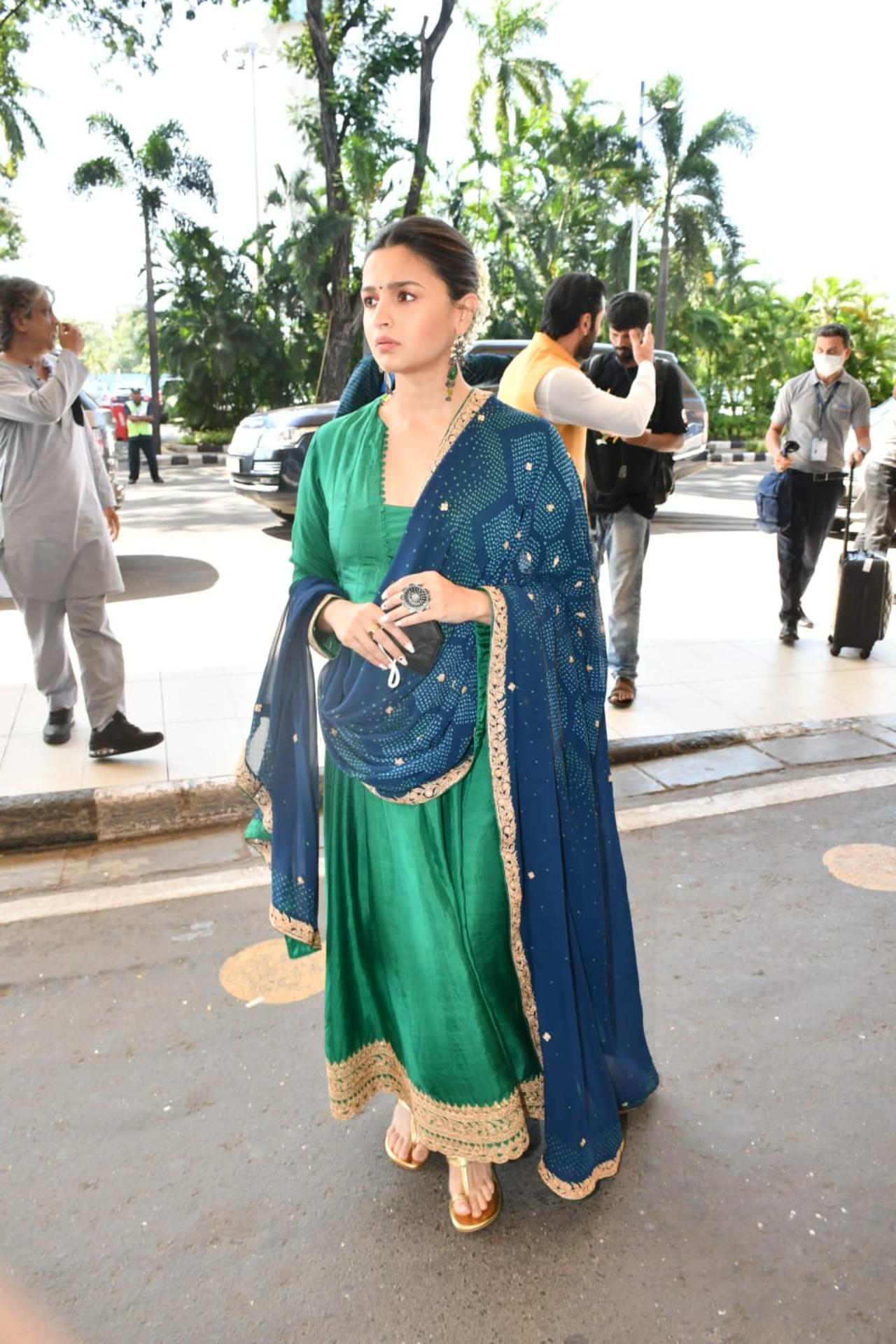 Earlier today, the trio had announced that they will be having a special fan screening of their upcoming sci-fi action film 'Brahmastra Part-1: Shiva' a day prior to its official release on September 9. In the clip shared by Alia, they informed that they will be having another screening for all the fans, as the previous ones were sold out very early. Helmed by Ayan, along with Ranbir and Alia, the film also stars Amitabh Bachchan, Mouni Roy and south actor Nagarjuna in the lead roles. It is set to hit the theatres in Hindi, Tamil, Telugu, Malayalam and Kannada