Actor and model Charu Asopa's recent pictures on her social media hint that she might not be taking a divorce from her husband Rajeev Sen. The duo tied the knot on June 7, 2019. As the couple was blessed with a baby girl 9 months ago, let's take a look at their wedding photos 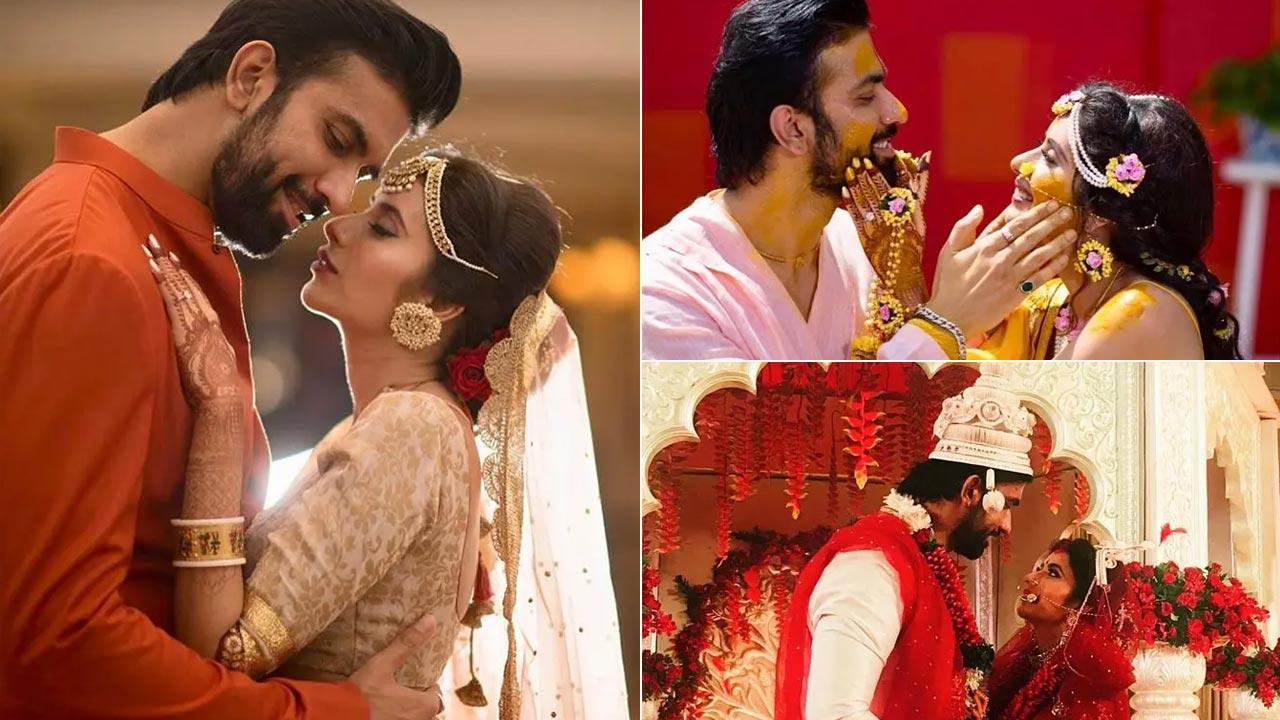 A collage of Charu Asopa and Rajeev Sen's wedding photos 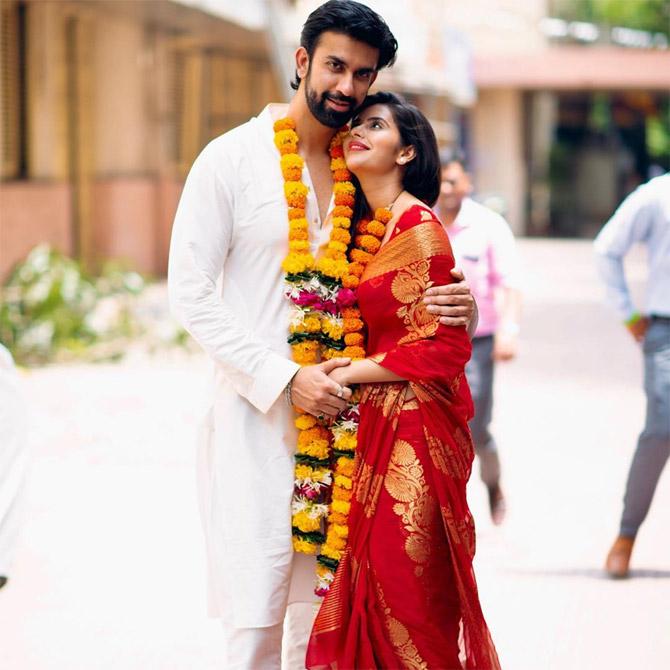 Sushmita Sen's brother Rajeev Sen got married to TV actor Charu Asopa in a court wedding on June 7, 2019. Charu Asopa is known for her roles in Television shows like Agle Janam Mohe Bitiya Hi Kijo and Jiji Maa, in which she played an antagonist. Rajeev Sen, on the other hand, is a sought-after model and an entrepreneur. Rumours of the two, dating, were rife for a long time, especially after fans were treated to their adorable pictures on Instagram. However, the couple made it official in January 2019, when Rajeev shared a picture with Charu and captioned: Love Birds (All photos/Rajeev Sen and Charu Asopa's official Instagram account) 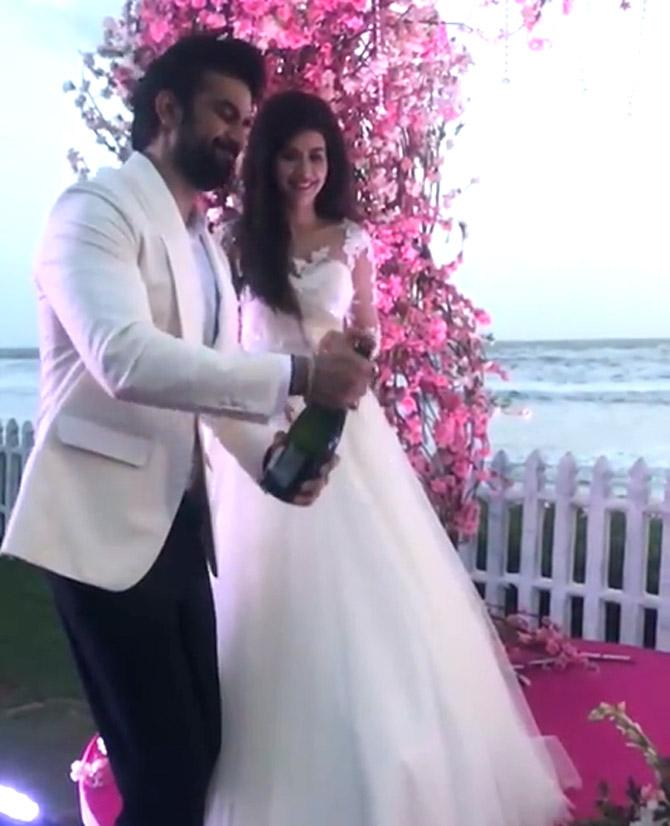 Rajeev Sen made an announcement about his marriage with Charu Asopa saying, "I Rajeev Sen take Charu Asopa as my lawful wife #rajakibittu". A week later, the couple had a big fat Indian wedding in Goa. On June 14, Rajeev Sen posted photos of his grand engagement party, where the couple donned western outfits. While Rajeev sported a white blazer and black trousers, Charu looked pretty in a white gown 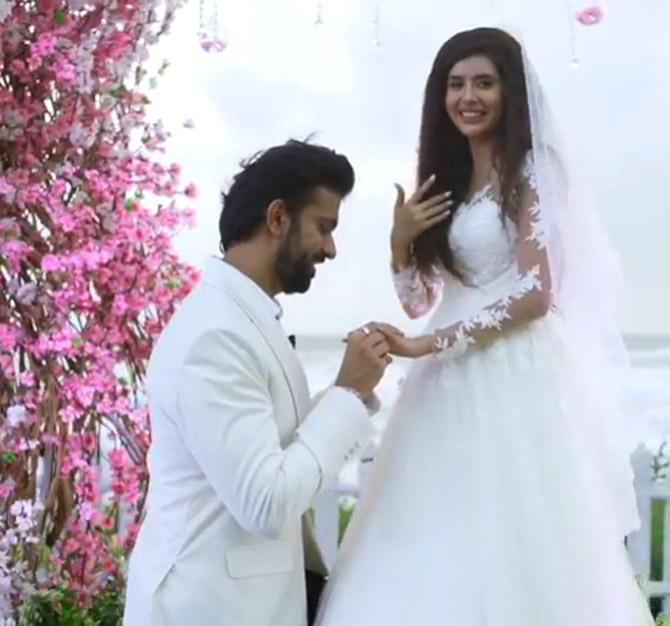 Rajeev Sen took to Instagram to share images for his engagement party, and wrote, "I love you for a 1000 years & beyond. Engagement day, 14th June #rajakibittu (sic)" 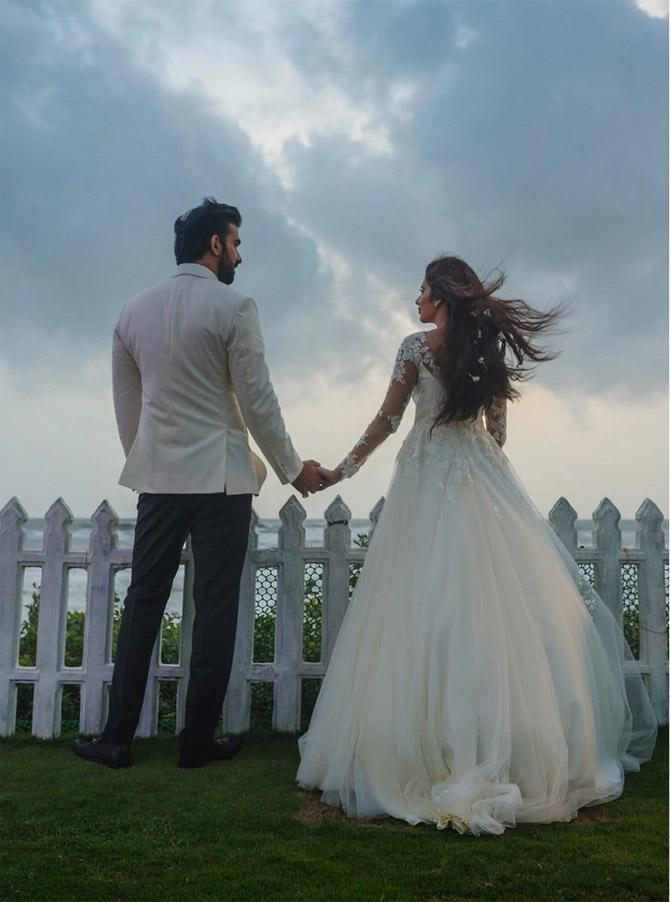 Rajeev Sen seemed to be mad in love with his wifey. He captioned this picture: "She never gave up on me, I never let go of her" 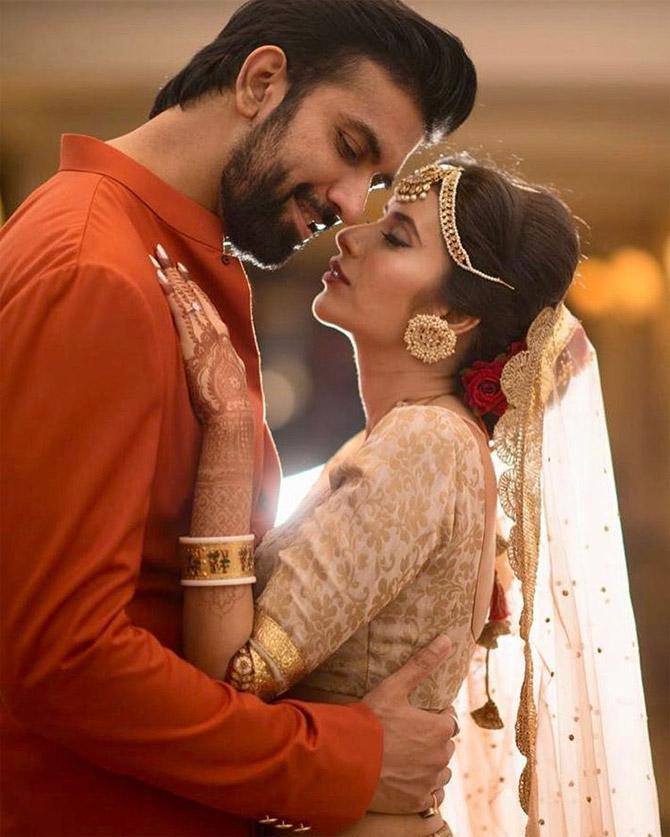 After having a Christian-style engagement party, the couple married in a traditional Bengali ceremony. Over the weekend, the pre-wedding functions included the haldi and sangeet ceremony 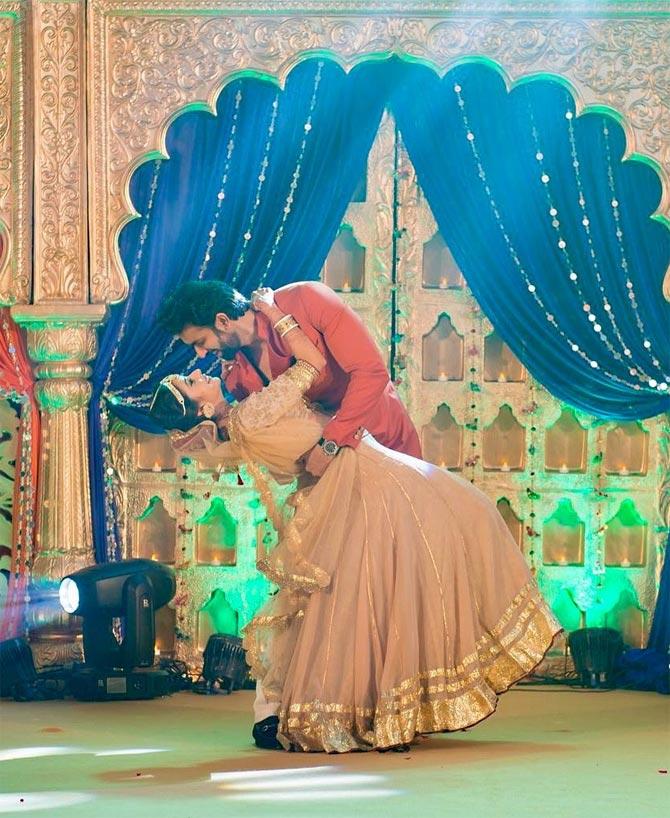 A candid picture of one their dance performances from Rajeev and Charu's sangeet ceremony. Rajeev shared this picture and wrote alongside, "We danced our way to a beautiful dream wedding. Charu Sen with Rajeev Sen. Beyond blessed #rajakibittu" 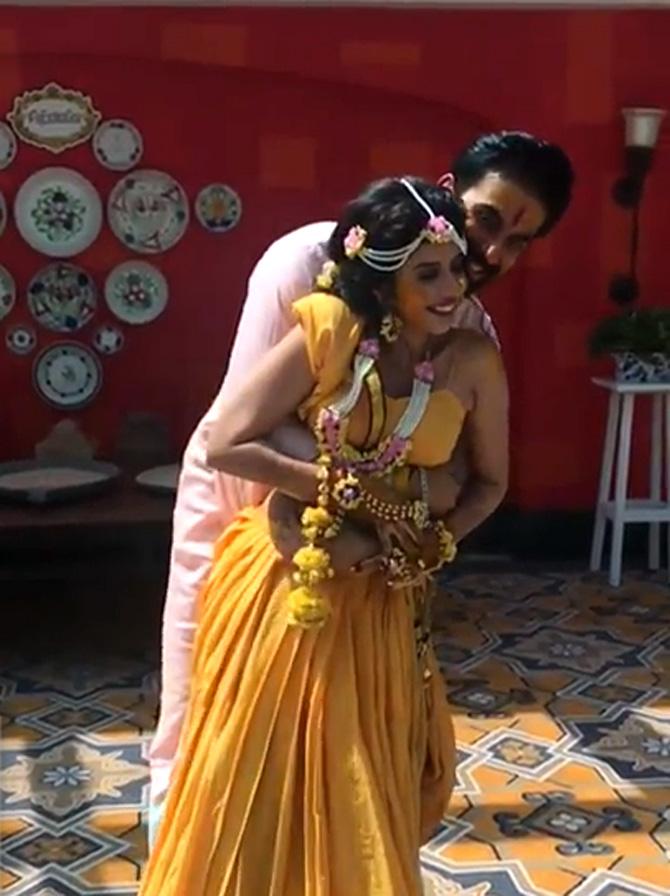 Charu Asopa too shared pictures on her Instagram account, and of course, with romantic captions. In one of the pictures, Charu wrote, "You make me the happiest person alive" 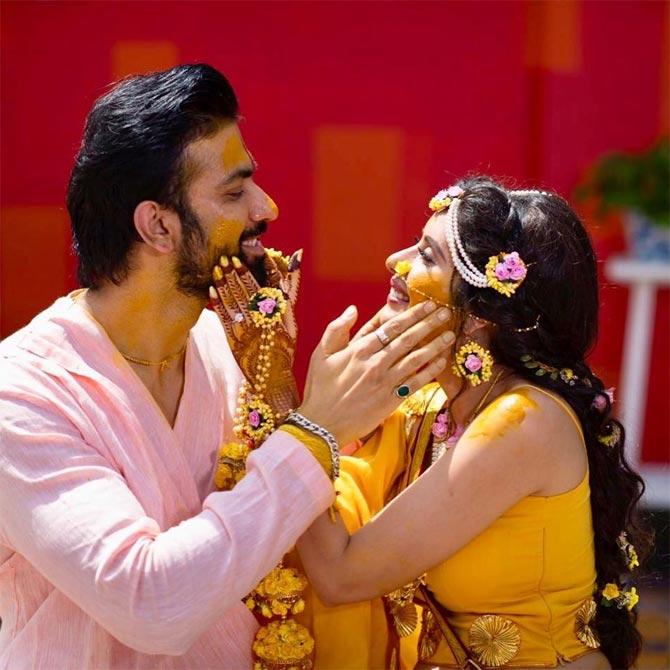 Rajeev Sen and Charu Asopa can be seen smearing haldi on each other's faces. Rajeev captioned the picture as, "Romancing with the haldi #rajakibittu" 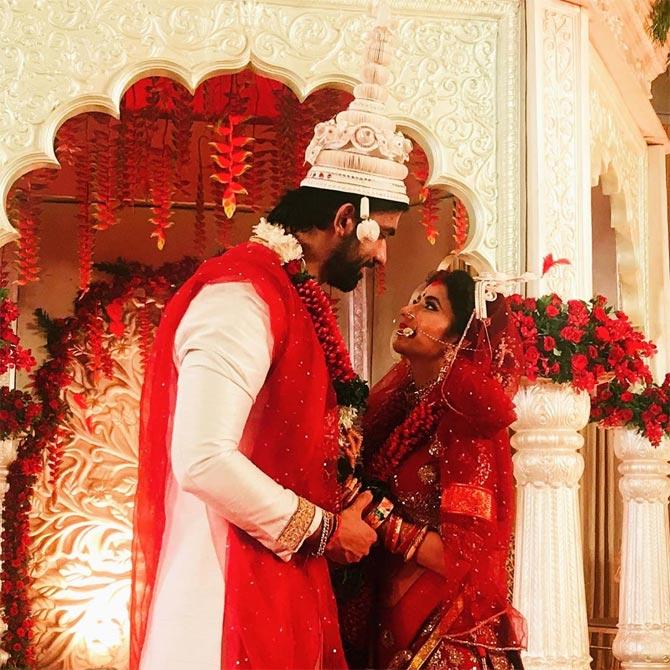 Rajeev Sen shared this picture with a caption - "Just got married to the person I love and respect from my heart... Sen family - #lifeline #rajakibittu forever (sic)" 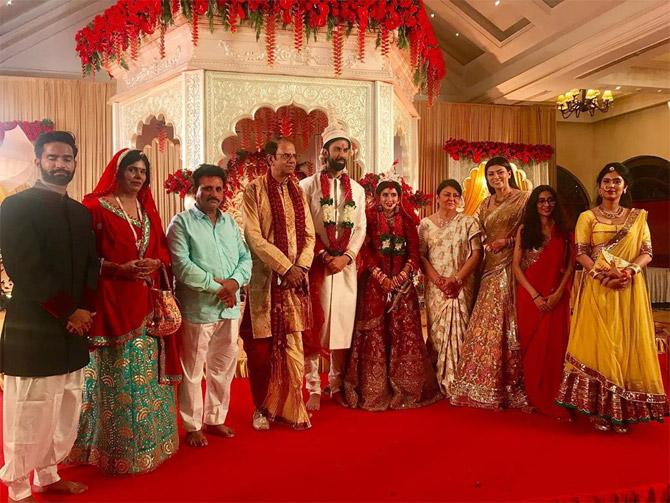 After the wedding, the couple shared snapshots from the ceremony on social media for their fans, one of which shows the bridal couple with Sushmita Sen and her parents Subhra and Shubeer Sen 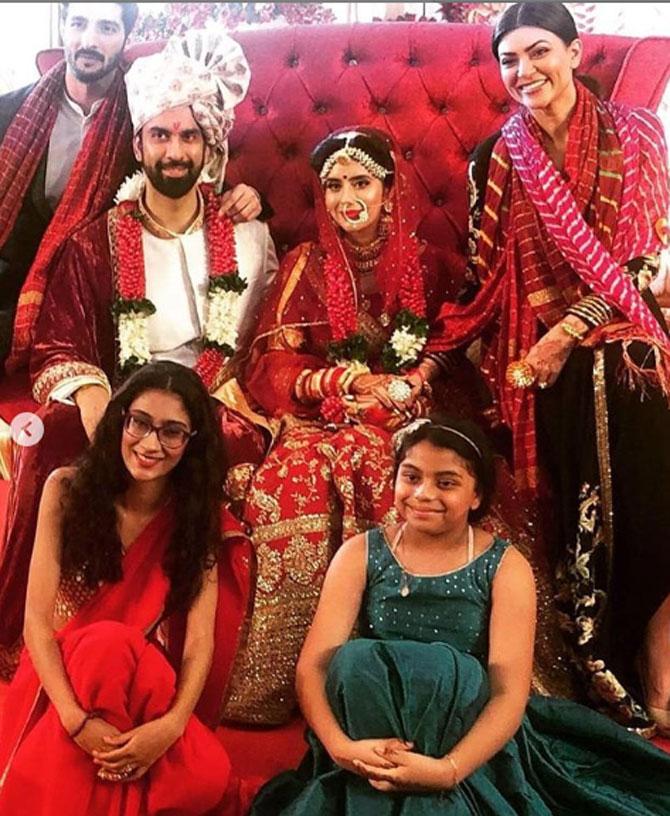 Sushmita Sen, who was present at Rajeev Sen's court wedding, did not give it a miss this time around. The actress, along with her Rohman Shawl and daughter Renee and Alisah attended Rajeev and Charu's grand wedding in Goa 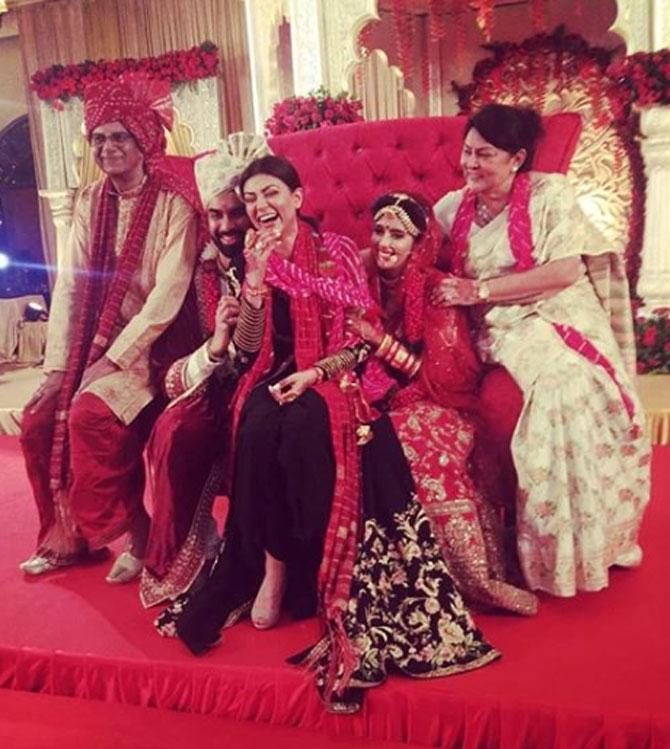 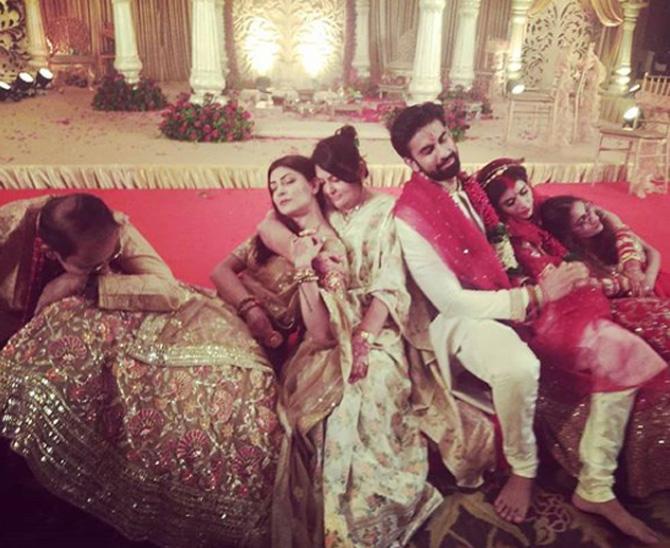 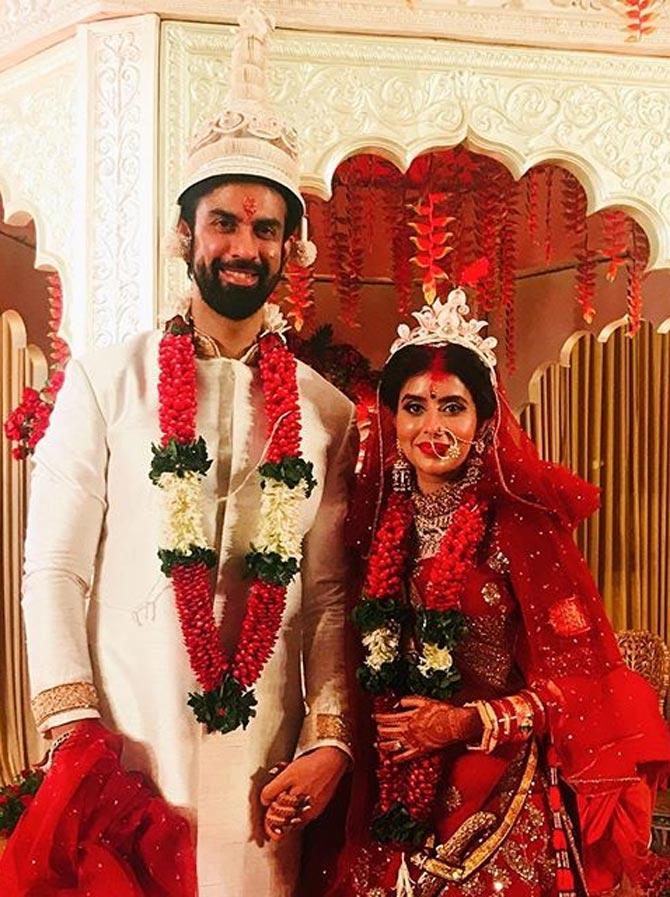 Charu tied the knot with Rajeev, who is actor Sushmita Sen's brother, in 2019 but soon after their marriage, reports of their divorce started circulating. The two became parents to Ziana in November last year. The actual reason behind why they were divorcing is still unknown 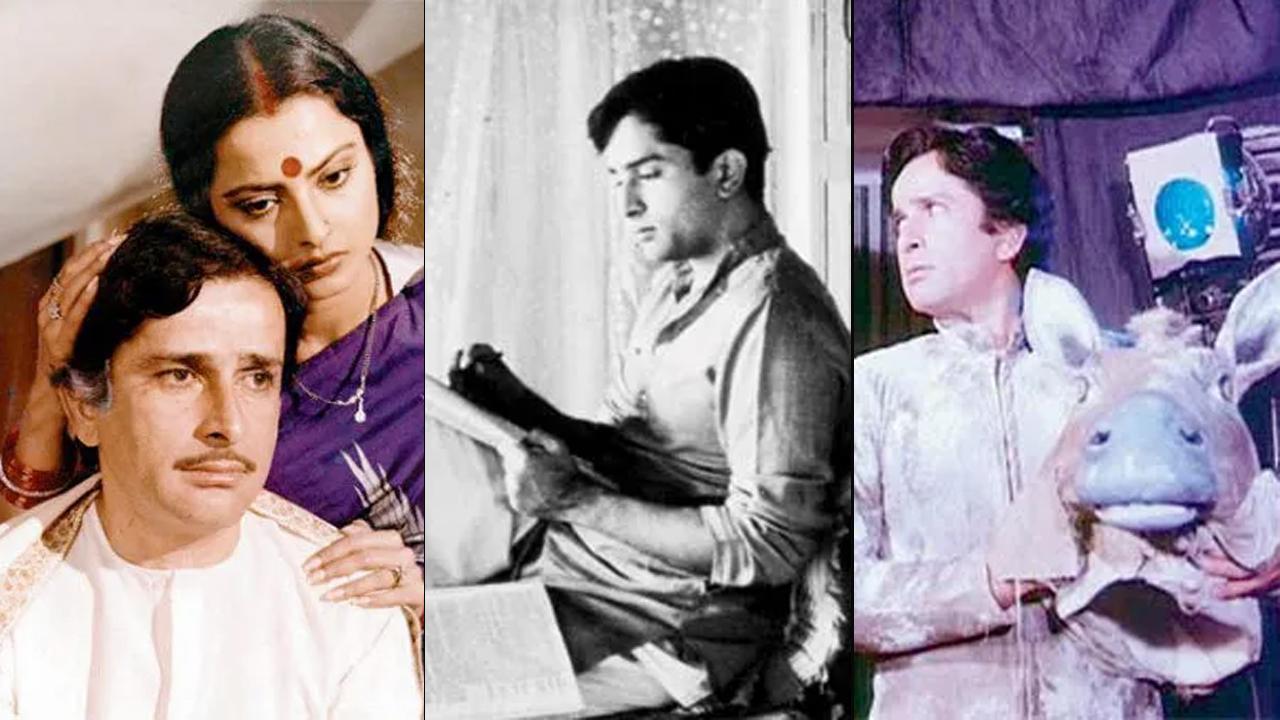