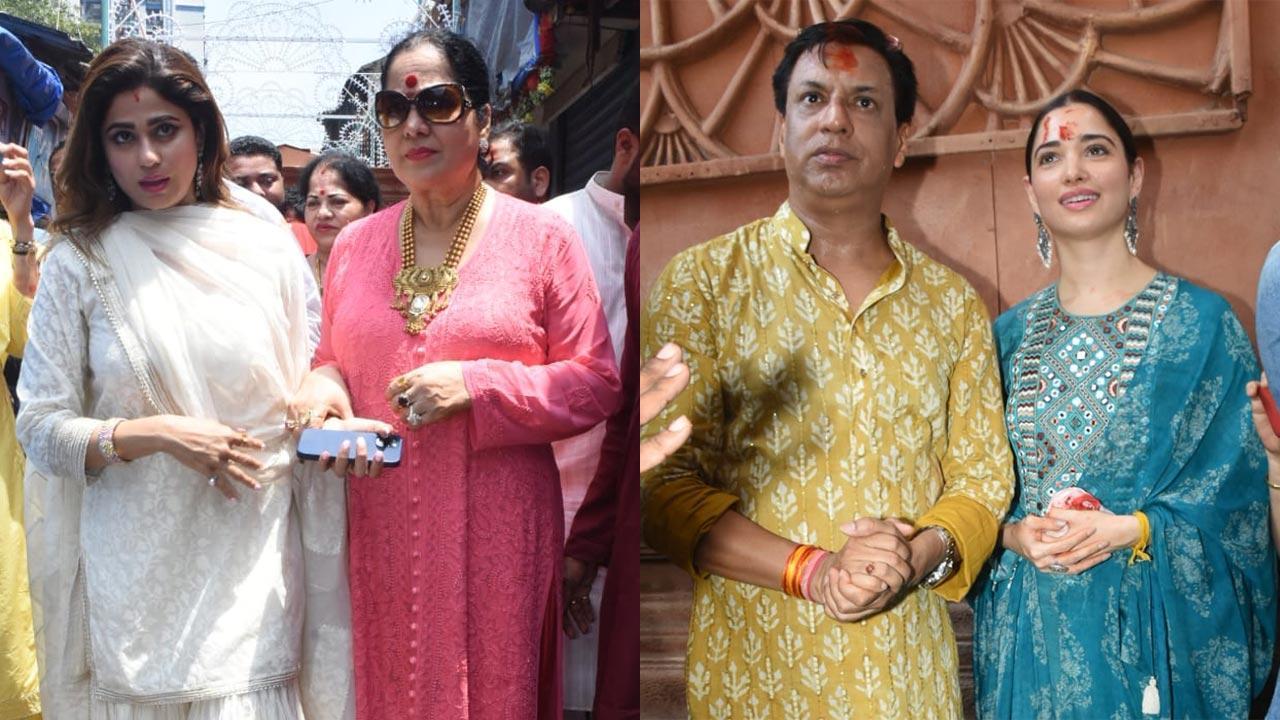 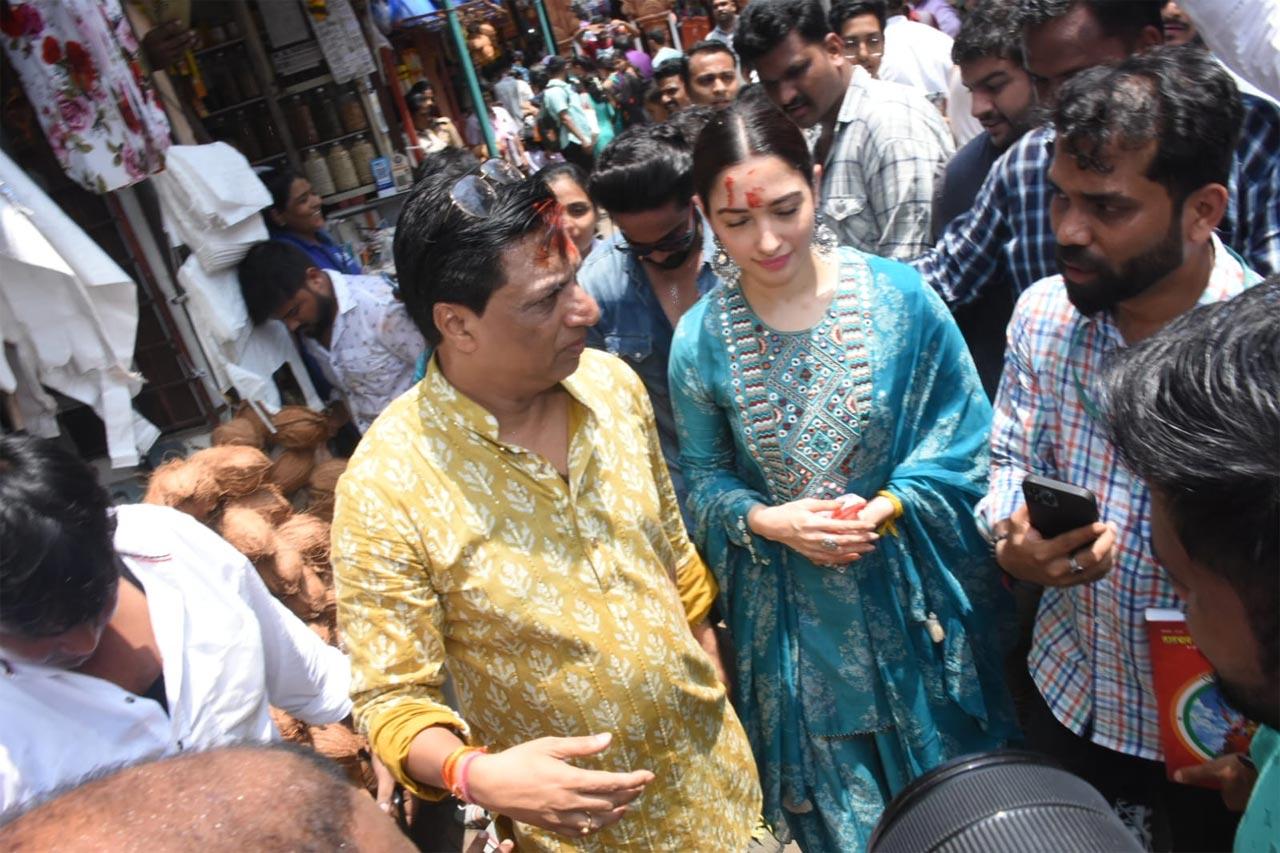 Madhur Bhandarkar was clicked with Babli Bouncer actress Tamannaah Bhatia at Lalbaugcha Raja. 'Babli Bouncer', touted as a coming-of-age movie, is set to release on September 23. The film will be released in Hindi, Tamil and Telugu digitally on Disney+ Hotstar 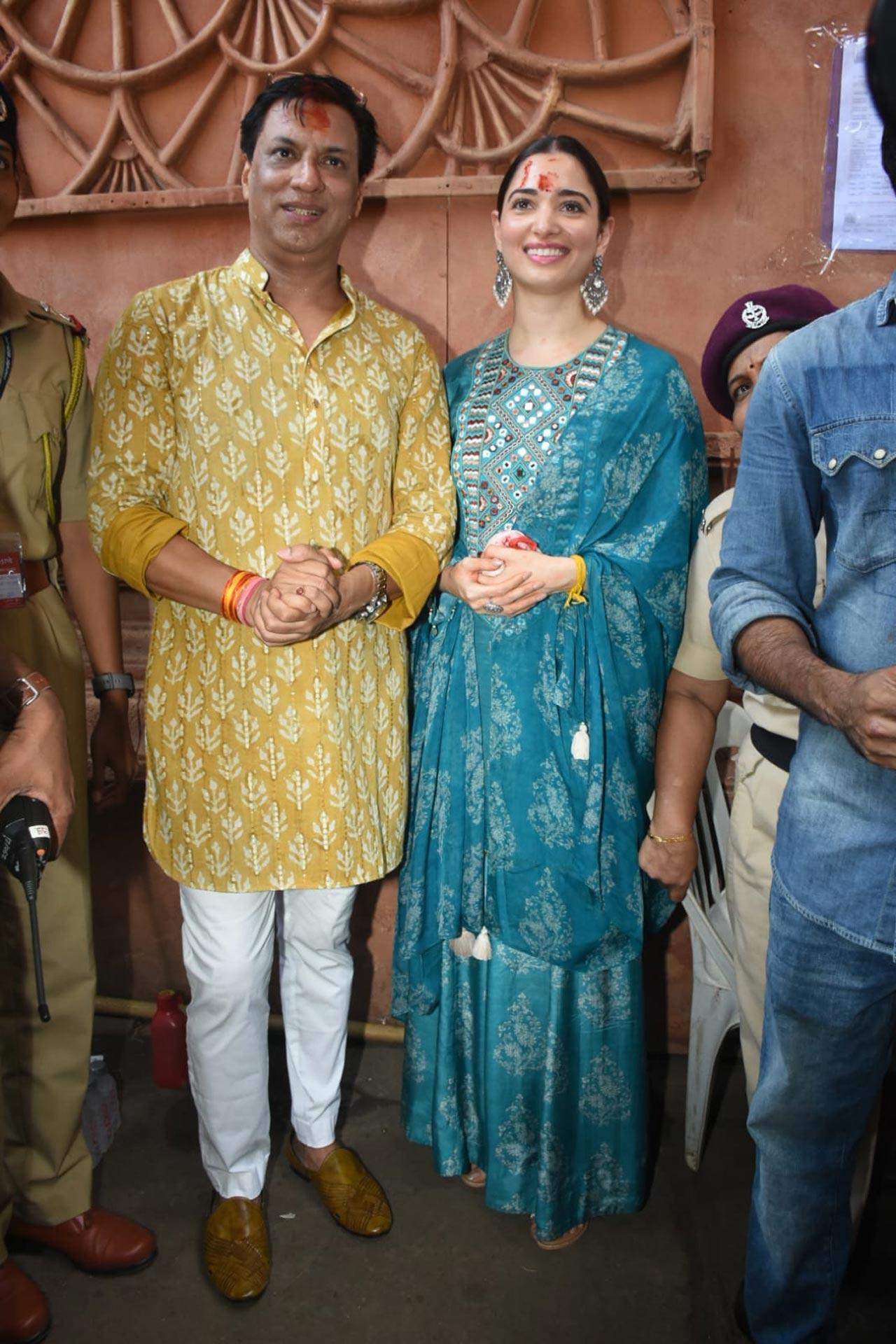 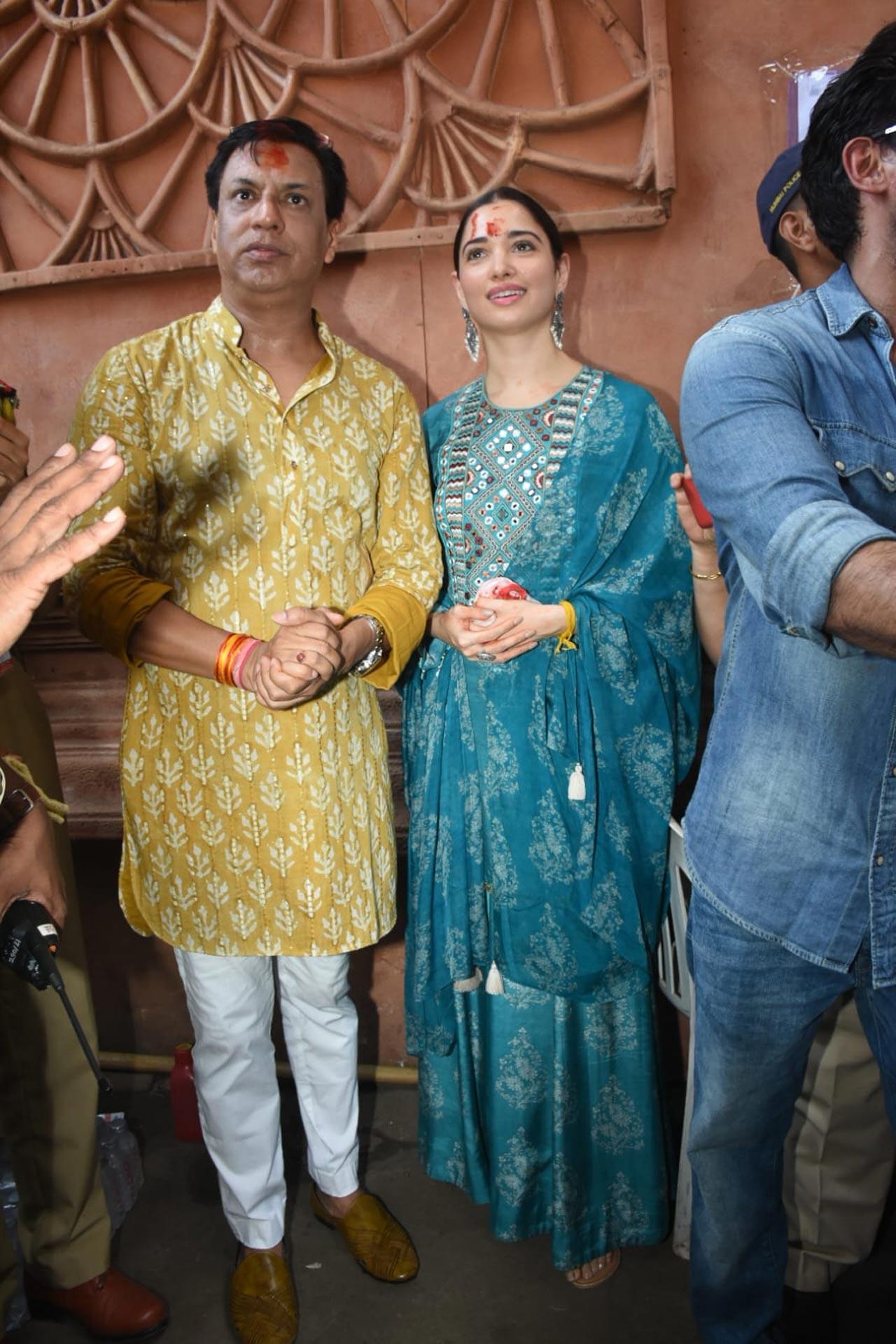 Produced by Star Studios and Junglee Pictures, 'Babli Bouncer' is directed by Madhur Bhandarkar and stars Tamannaah Bhatia in the lead along with Saurabh Shukla, Abhishek Bajaj and Sahil Vaid in pivotal roles 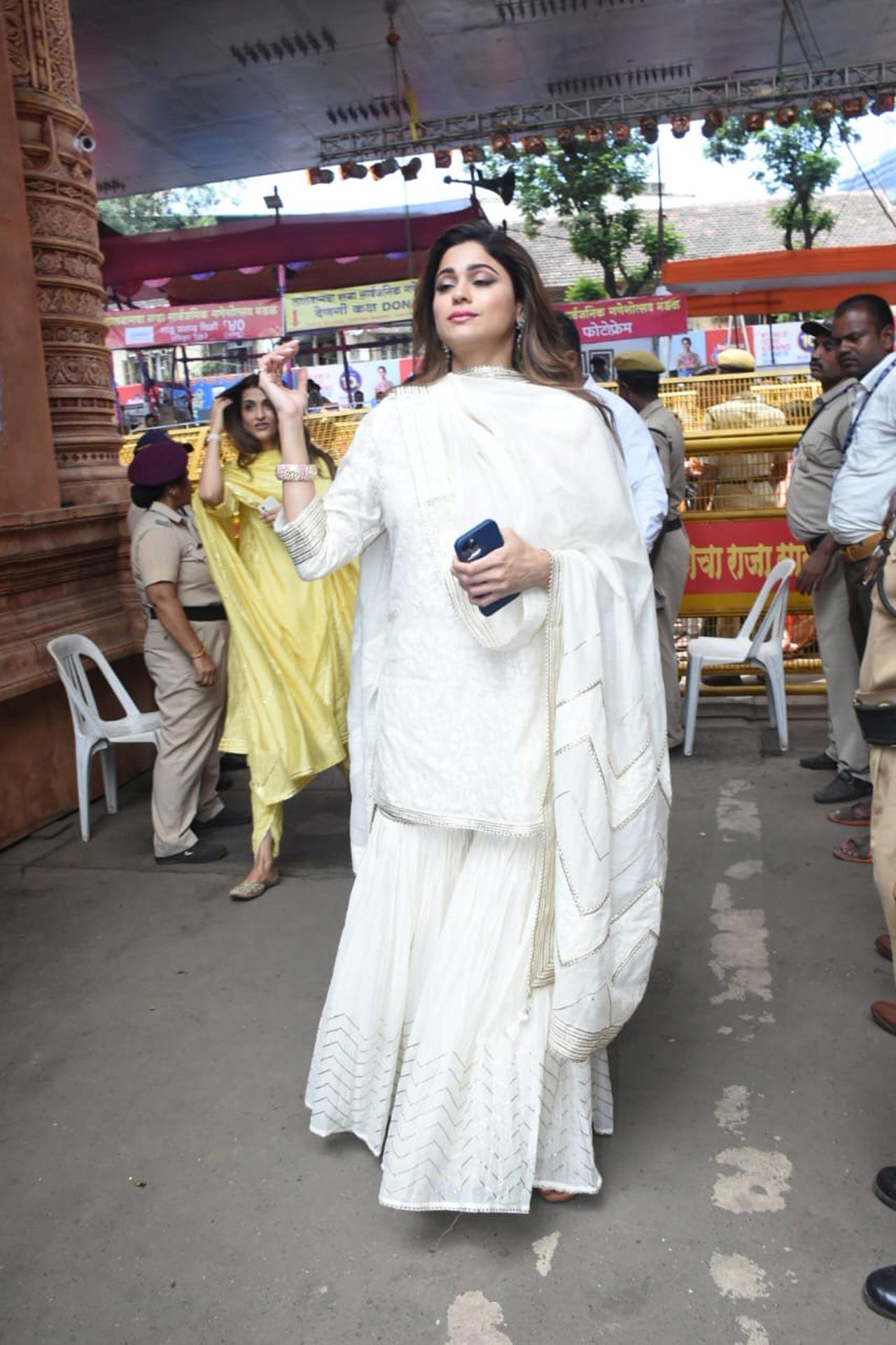 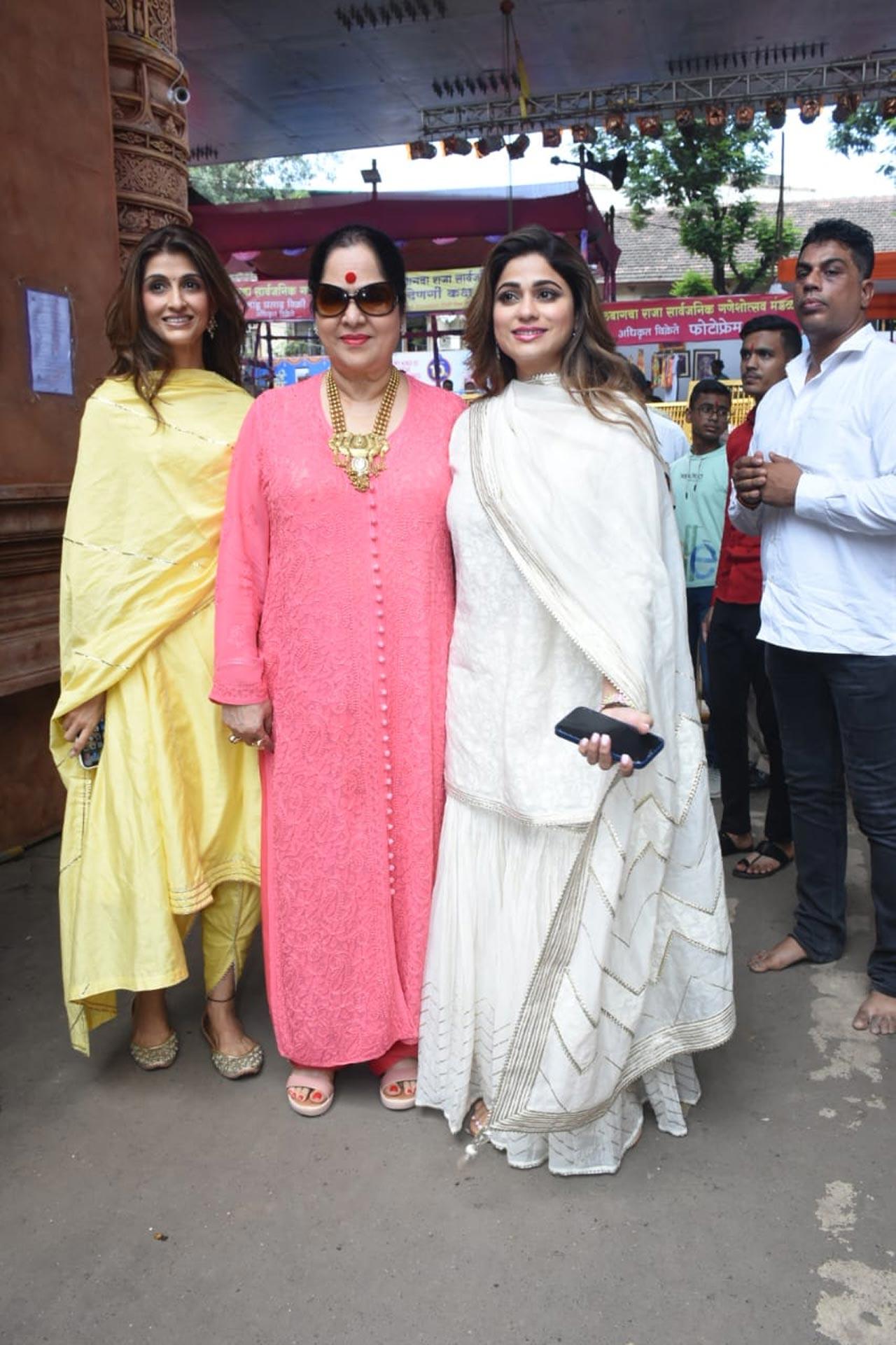 Shilpa Shetty and Shamita Shetty's viral video of Ganesh visarjan took over the internet a few days ago. The Shetty sisters were seen dancing to the popular tunes, and was accompanied by mother Sunanda and kids - Viaan and Samisha