The movie Adipurushis getting attention for all the wrong reasons since the teaser was released. After being heavily trolled by netizens for its poor VFX, Madhya Pradesh Home Minister Narottam Mishra warned the makers of a legal action if scenes showing Hindu religious figures in the `wrong` way were not removed. “I have seen the trailer of Adipurush. There are objectionable scenes in it, the dresses and look of Hindu deities as seen in the trailer were not acceptable”: Mishra. 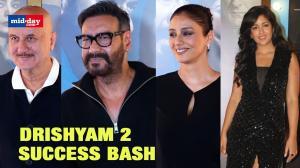 Bigg Boss 16: Sumbul’s Father Asks Fans To Vote For His Daughter; Earlier He Asked Not To Vote

‘Will Quit Filmmaking If Proved Wrong’: Vivek Agnihotri On ‘The Kashmir Files’ Remarks