Alia Bhatt and Ranbir Kapoor are awaiting the arrival of their first child. The actors, who have been busy promoting their film Brahmastra, are celebrating with their families and friend ahead of Alia’s delivery in the coming days. On Wednesday, Alia’s sisters Pooja Bhatt and Shaheen Bhatt, his mother Neetu Kapoor, sister Riddhima Kapoor Sahni, cousin Karisma Kapoor, and grandmother Neila Devi were spotted arriving at Ranbir’s Mumbai home Vastu 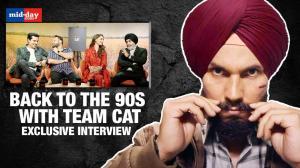 Bigg Boss 16: Sumbul’s Father Asks Fans To Vote For His Daughter; Earlier He Asked Not To Vote