Vir Das: Want to visit as many cities as we can 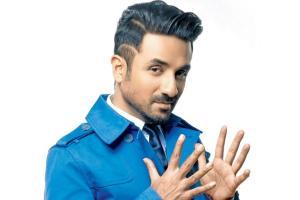 
He may have a busy date diary, but Vir Das is not complaining. The actor-comedian, who has two Netflix originals to his credit, also kicked off his Loved tour earlier this month. While he covered 25 cities with his successful 2017 tour Boarding Das, Das intends to tap into 25 more cities across six continents with his latest year-long world tour.

"Boarding Das was an experiment that worked well. Since people kept writing in and requesting for more shows, we kept adding cities [to the schedule] as we went along. It helped me test my skills in the most unlikely places, as I performed in big venues as well as intimate ones. The Loved tour has been formed from my experiences in those gigs," says Das, who has already performed in two cities in India.

Up next is a stop in Washington DC. Of the cities he is travelling to, the comedian is most excited about Calgary, Winnipeg, Istanbul, New England and San Antonio. "The idea is to expand our base and visit as many cities as we can. Together, between both the tours, we will easily finish over 55 cities."

Next Story : Priyanka Chopra to join Oscar-winner Julianne Moore on the red carpet