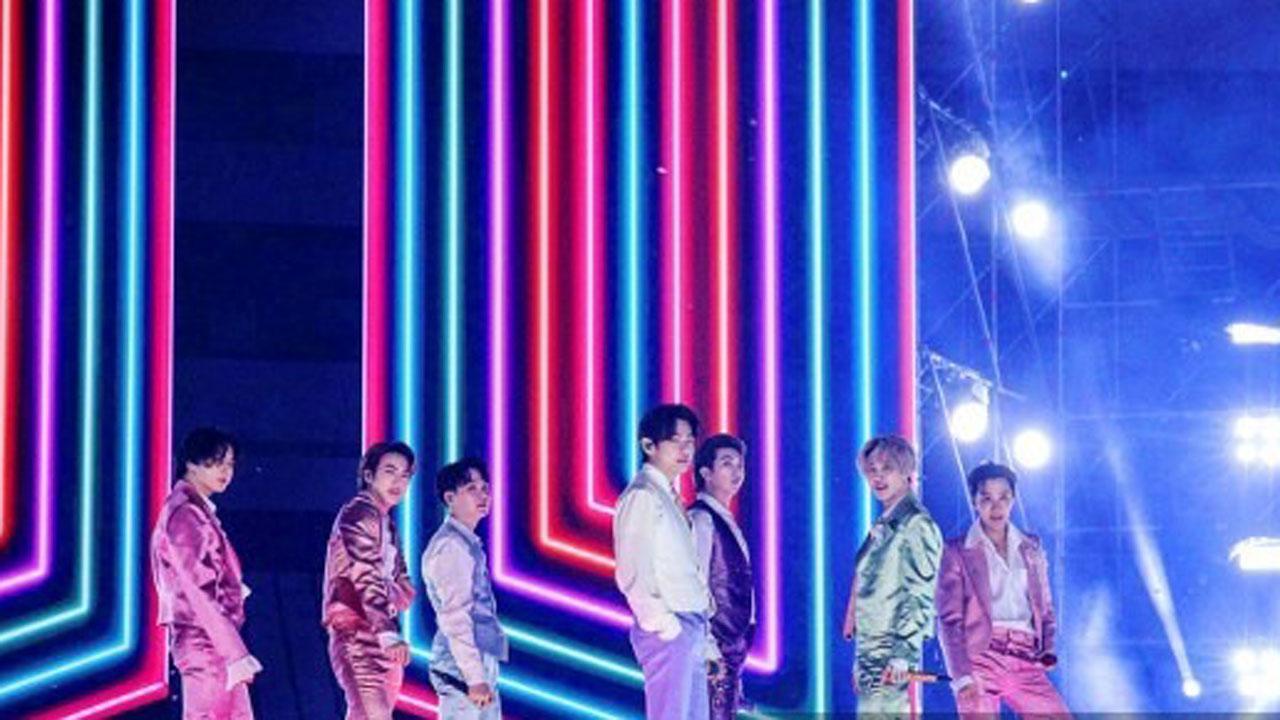 
BTS took to stage as they performed at their online concert Permission to Dance on Stage on Sunday. What had fans worried was band member V sitting separately from other members RM, Jin, Jungkook, Jimin, J-Hope and Suga. V was not part of the K-pop band's choreography at the concert.

V revealed that he made some mistake while rehearsing for the concert but assured frantic Army that they shouldn’t worry about him and enjoy the show instead. The boy band BTS begun the concert with the song ‘On’ as a symbol of breaking out of the COVID-19 pandemic prison. This was followed by their hits like Blue and Grey, Black Swan, Fake Love, Dynamite, Boy with Luv, Butter, Telepathy and more.

The concert had a multi camera setup and had more than 53 million viewers. The online concert was announced after they had to cancel their Map of the Soul world tour due to the pandemic.

Next Story : BTS Permission to Dance on Stage: 'Wherever it is, I’ll fly to you,' Jungkook's speech leaves ARMY emotional