Hailey Baldwin in her Instagram story shared a loved-up picture that features her locking lips with Justin. She captioned the picture as, "Reminiscing on how amazing last weekend was. Had the best time surrounded by so much love. Any other narrative floating around is beyond false. Don't feed into the negative bullshit peeps." 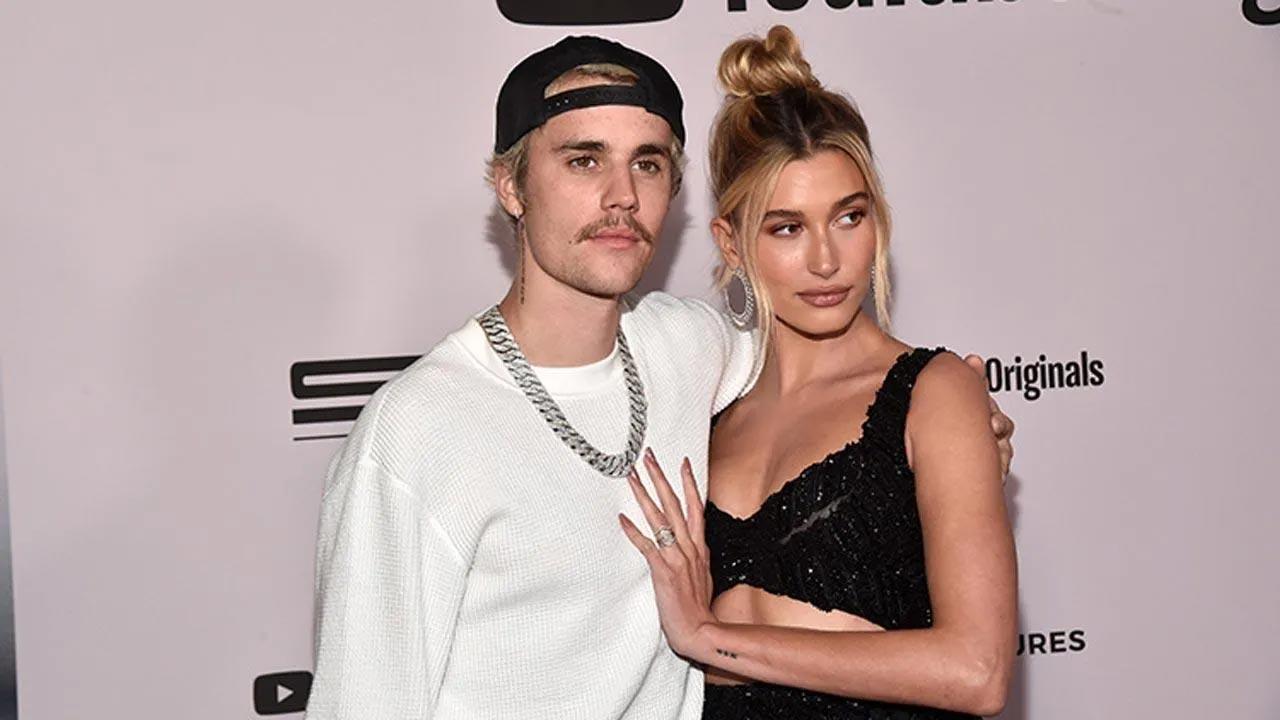 
Supermodel Hailey Baldwin on Wednesday dismissed rumours of a rift with her husband Justin Bieber and said that negative people are narrating it in their own way. The fashionista in her Instagram story shared a loved-up picture that features her locking lips with Justin. She captioned the picture as, "Reminiscing on how amazing last weekend was. Had the best time surrounded by so much love. Any other narrative floating around is beyond false. Don't feed into the negative bullshit peeps."

Her short note seems to be enough to shoot down the rumours that claim there being trouble in the couple's paradise of love. This comes a few days after a video of the couple went viral that showed the 'Peaches' singer having a heated argument with her wife at the XS nightclub at the Wynn.

According to People Magazine, the couple spent time in Nevada, where Justin performed back-to-back at the XS Nightclub and then at Delilah at Wynn Las Vegas for its grand opening Friday. While many thought the singer was screaming at his wife, some eyewitnesses and fans of the duo came to his rescue and said that was not the case. Several fans who claimed to be eyewitnesses at the event also slammed the rumours.

"He was on STRAIGHT adrenaline from performing. He was not mad at Hailey and he was not yelling at her," one person tweeted alongside a clip of the performance.

Justin joined Diplo for his first performance on Friday, at the XS Nightclub. The star sang several of his hits including 'Where Are U Now', 'What Do You Mean', 'Cold Water', 'Peaches', 'Sorry' and his new song 'Stay' with The Kid LAROI, despite previously telling the DJ he would only perform one song, as per People Magazine.

After the show, Diplo also shared a video on Instagram that included a text exchange with Justin, who said he would join the DJ for "only one song".

The video went viral showing Justin singing all five songs, leading Diplo to joke in the caption, "Justin Bieber will never perform with me again" because of his false promise.

People Magazine reported that Justin's second performance was at Delilah for an intimate show with 'We the Band'. He reportedly sang tracks like 'Hold On', 'Holy' and 'Confident'.