Disney revealed the first trailer for "Indiana Jones and the Dial of Destiny," which is the official title for the fifth instalment of Harrison Fords whip-cracking, adventure franchise. On top of that, the trailer showcases a de-aged Harrison Ford as Indy back in his glory days of archaeology and adventures 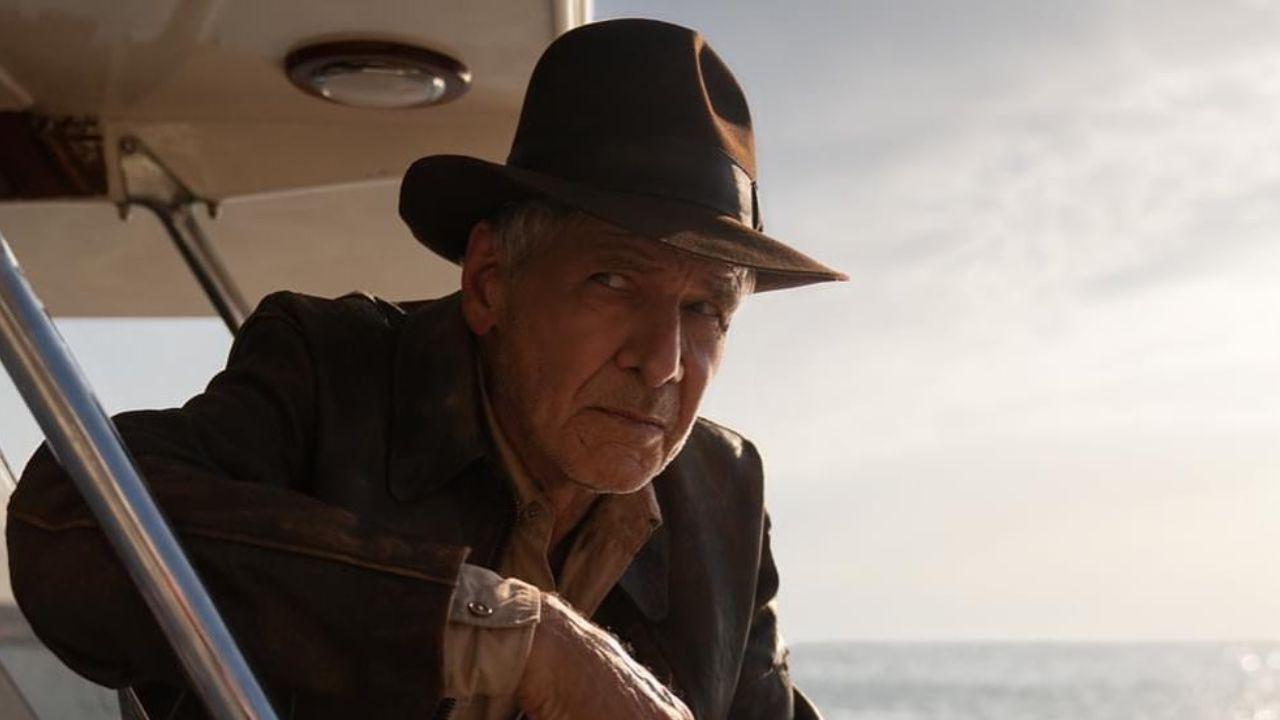 
Disney revealed the first trailer for "Indiana Jones and the Dial of Destiny," which is the official title for the fifth instalment of Harrison Fords whip-cracking, adventure franchise. On top of that, the trailer showcases a de-aged Harrison Ford as Indy back in his glory days of archaeology and adventures. The film is scheduled for release on June 30, 2023.

The trailer opens with some classic, death-defying Indy antics as he jumps between speeding tuk tuk cars. There are also shots of him running along a moving train and riding a motorcycle in the rain after a plane, but "those days have come and gone," Ford says as a retired Indy who has stuck to teaching, reports 'Variety'.

"I don't believe in magic, but a few times in my life I've seen things. Things I can't explain," the Raiders Of The Lost Ark actor narrates over first-looks at villains played by Mads Mikkelsen and Antonio Banderas, plus Indy's goddaughter, played by Phoebe Waller-Bridge. John Williams' iconic "Indiana Jones" score crashes in as Indy picks up his fedora, narrowly avoids a train on horseback and bullwhips some henchmen to close out the trailer. Indiana's latest outing is set in the 1960s during the Space Race between the U.S. and Soviet Russia. Unlike previous films, George Lucas did not write the story for "Indiana Jones 5" and Steven Spielberg is not the director.

Instead, both of those roles will be filled by James Mangold, who is known for his films like 'Logan', 'Ford vs. Ferrari', '3:10 to Yuma' and more. Spielberg is still attached as an executive producer, and Lucas, the original creator of the film franchise, is credited with some involvement in the writer's room.

Co-starring alongside Ford is John Rhys-Davies, who is reprising the role of Sallah, last seen in 1989's 'Indiana Jones and the Last Crusade', as well as new additions like Mikkelsen, Banderas, Thomas Kretschmann, Boyd Holbrook, Shaunette Rene Wilson and Toby Jones. Waller-Bridge, the Emmy-winning creator and star of Prime Video's 'Fleabag', is also making a first appearance in the franchise as Indy's goddaughter Helena, who composer Williams has described as "an adventuress, and also a femme fatale."

Not only is "Indiana Jones 5" the last hurrah for 80-year-old Ford, but also 90-year-old composer Williams, who confirmed the film would likely be his last. "At the moment I'm working on 'Indiana Jones 5,' which Harrison Ford - who's quite a bit younger than I am - I think has announced will be his last film," Williams told the Associated Press in a June 2022 interview. "So, I thought: If Harrison can do it, then perhaps I can, also."

Next Story : Prime Video’s ‘The Lord of the Rings: The Rings of Power’ announces new cast members for season two