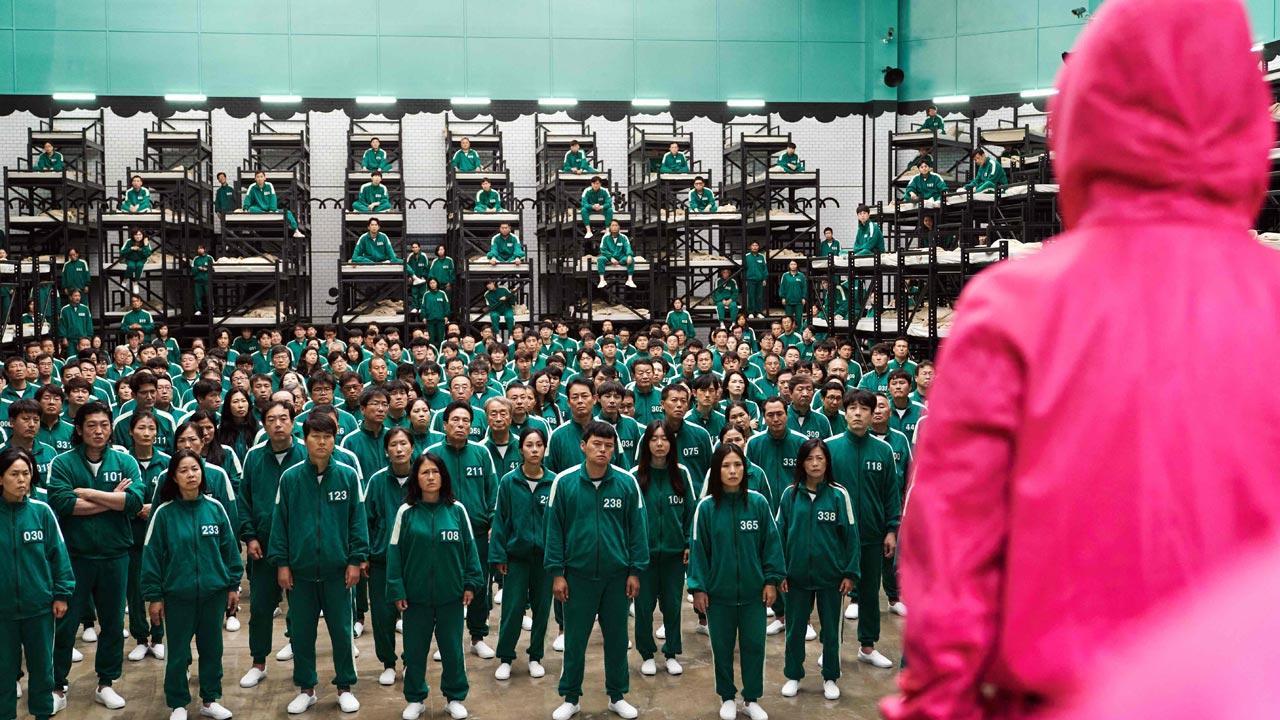 A still from Squid Game. Pic/AFP


The Korean-language survival drama 'Squid Game', which has quickly become one of the most-watched Netflix series of all time, is eligible for Primetime Emmy consideration. The Television Academy confirmed to Variety that because 'Squid Game' was produced under guidance from Netflix, which is an American company, and it was always intended to be distributed in the US, it can be entered in the Primetime Emmy race. But since 'Squid Game' was produced internationally, it is also eligible to enter the International Emmys. It has to choose and can't enter both, as both the Los Angeles-based TV Academy and the New York-based International Academy of Television Arts and Sciences have rules preventing Emmy double-dipping.

Here is the specific rule from the TV Academy: "Foreign television production is ineligible unless it is the result of a co-production (both financially and creatively) between US and foreign partners, which precedes the start of production, and with a purpose to be shown on US television. The producer of any production produced in the US or outside the US as a co-production between the US and foreign partners, in a language that is substantially (i.e. 50 per cent or more) in a language other than English, shall have the discretion to enter the production and its individual achievements in any category where they are eligible in the Primetime Emmy Awards competition or in the awards competition of the International Academy of Television Arts and Sciences, but not both."

Fans are already buzzing that perhaps 'Squid Game' could be TV's version of 'Parasite' -- another unexpected smash from Korea that utilised violence to tell a tale about class divisions -- which broke new ground at the Oscars. In 2020, 'Parasite' became the first non-English film to receive the best picture Academy Award.

There's also the issue of content -- 'Squid Game' is ultraviolent, and although TV Academy voters have become more open to genre ('Game of Thrones', 'Lovecraft Country', 'Watchmen'), it's still rare.

Netflix might test the Emmy waters by first entering 'Squid Game' into the winter awards season races where it is eligible. That includes the SAG Awards, Critics Choice Awards, Independent Spirit Awards and other guild awards, depending on eligibility.

TV is quickly turning global, and the expansion of US-owned streamers around the world and into local non-English production -- such as 'Squid Game' -- is about to make things much more complicated for the Television Academy.