The narrative is quite a drag, there’s no suspense here but the cold backdrop of snow and inhospitable weather conditions does lend some evocativeness to the intended chilling interplay here 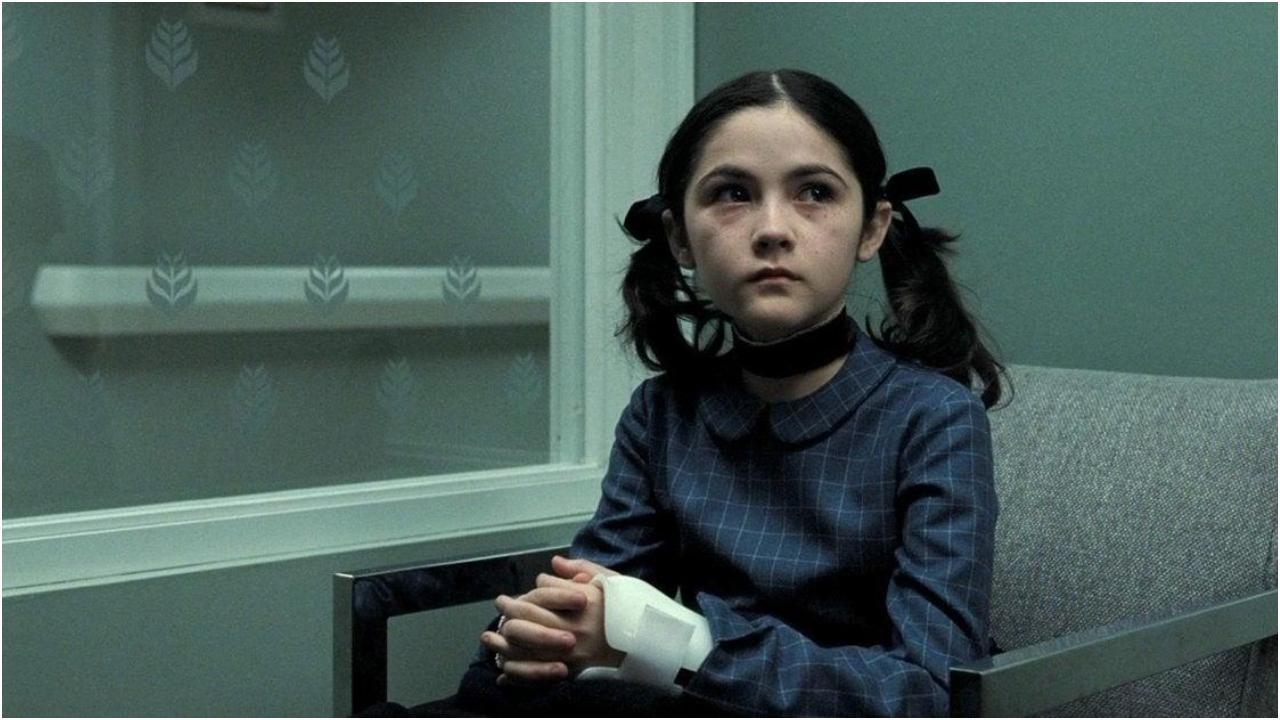 ‘Orphan: First Kill’ heralds the return of Isabelle Fuhrman as Esther, the pretend child, in a prequel that’s so absurd that it’s laughable. After escaping from an Estonian psychiatric facility, Leena Klammer impersonates Esther, the missing daughter of a wealthy American family. The character of Tricia ( Julia Stiles), the grieving mother, is not just a parent under attack. The set-up is altogether unbelievable and contrived with Gunnar (Matthew Finlan), the Albrights’ teenage son, abetting the twist with tacky entitlement and the Father/ husband (Rossif Sutherland) remaining clueless all throughout.

It’s been 13 years since the first “Orphan” movie came to the screens and Fuhrman, who was only 11 when the movie was shot, is now a grown-up actor pretending to be a child. Writer David Coggeshall obviously had nothing much to contribute here other than to relocate his principal eastern-European, runaway, institutionalized, and highly brutal and homicidal psycho character into the folds of an American family grieving for their kidnapped daughter.

It’s even more preposterous to see the grieving family accept the imposter as their lost kid. She has been gone for four years or so and so many changes to her looks and persona are so obvious – even so, they accept them all too easily. Of course, there’s a sinister twist to that easy acceptance but all the characters in this interplay don’t quite fit in.

The narrative is quite a drag, there’s no suspense here but the cold backdrop of snow and inhospitable weather conditions does lend some evocativeness to the intended chilling interplay here. Fuhrman, puts on the works but the script doesn’t give her character enough teeth to be effective. This film plays out as a pointless extension of a franchise and there’s more to come for sure because Esther/Leena lives on!