Academy-award winning Indian film sound designer, sound editor and audio mixer, Resul Pookutty has taken to his Twitter account to talk about how he went through a breakdown due to no work in Hindi films! 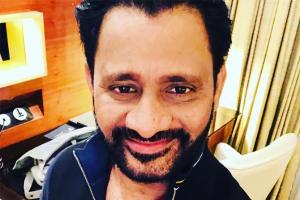 
A lot of discussions and debates around Nepotism and groupism have happened over the last few weeks. Multiple actors, filmmakers, and singers spoke about the unfairness with which the artists in the fraternity have been treated.

Recently, maverick music composer AR Rahman also spoke about how certain gangs in Bollywood were working against him. He stated, "I don't say no to good movies, but I think there is a gang, which, due to misunderstandings, is spreading some false rumours."

He added, "I am doing dark movies, because there is a whole gang working against me. People are expecting me to do stuff, but there is another gang of people preventing that from happening, without them knowing that they are doing harm." Reacting to his interview, filmmaker Shekhar Kapur also had to tweet something about him.

He tweeted- "You know what your problem is @arrahman ? You went and got #Oscars . An Oscar is the kiss of death in Bollywood. It proves you have more talent than Bollywood can handle." (sic)

And reacting to this tweet, another Oscar-winning artist from India, the reputed sound designer Resul Pookutty has tweeted how he too had to go through a near breakdown after he was not getting work in Hindi films. Have a look at his tweet right here:

Dear @shekharkapur ask me about it, I had gone through near breakdown as nobody was giving me work in Hindi films and regional cinema held me tight after I won the Oscar... There were production houses told me at my face ”we don’t need you” but still I love my industry,for it.... https://t.co/j5CMNWDqqr

That's not all, he also stated how he enjoyed that phase when he was at the top and then had to go through rejections. He wrote- "@shekharkapur ...and much later when I discussed this with my
@TheAcademy members friends they told me about #OscarCurse! It's faced by everybody! I enjoyed going through that phase, when you are on top of the world &when you know people reject you,it's the biggest reality check!" (sic)