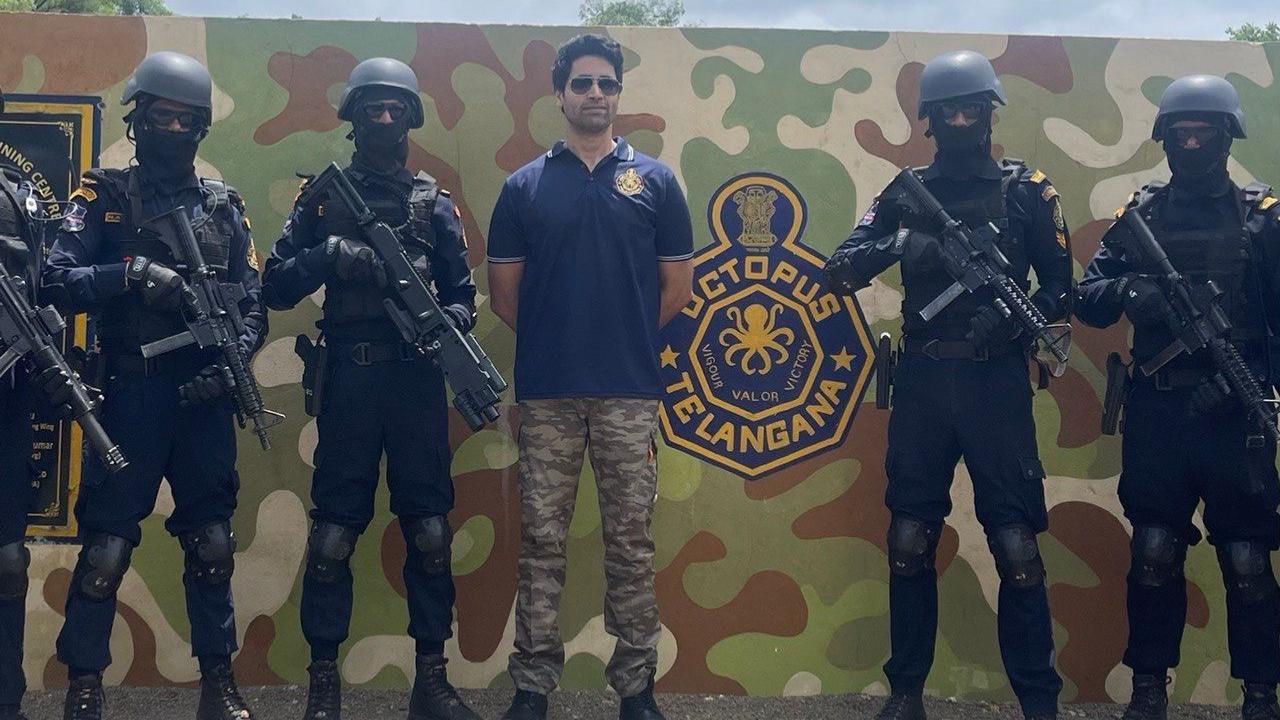 
The ‘Major’ who won the hearts of millions across the country, Adivi Sesh, celebrated Independence Day at the Octopus Special Forces Campus.

The OCTOPUS was established in 2007 by the government of erstwhile united Andhra Pradesh along the lines of National Security Guards (NSG) to counter terrorist activities. Spread across 600 acres, the Campus is a training ground for the Organization for Counter-Terrorist Operations. Sesh got to witness the boot camp first-hand, an experience that was equal parts thrilling and enlightening.

While filming ‘Major’, the inspirational journey of Major Sandeep Unnikrishnan and his bravery and sacrifice in the 26/11 Mumbai terror attacks, Adivi Sesh already underwent a lot of training that military officials do and that further fuelled his passion.

Talking about his visit, Adivi Sesh says, “In honour of Independence day, I visited the Octopus Special Forces Campus and it truly was a surreal experience . I met the Group Commander, and the Training officers of the commandoes. We saw their drills, we saw live firing of their weapons, IED explosive drills and even their K9 squad. The Canines were so well trained that they can walk on a rope blindfolded. As a lover of dogs, it was an extraordinary moment to see. As an Indian it makes me swell with pride and emotion to watch the action first-hand. I salute the soldiers' efforts, who are always looking out for our safety.”