Her latest song 'RaRaRakkamma' has been recently released in Kannada and the Hindi version. It has created a curiosity among the audience 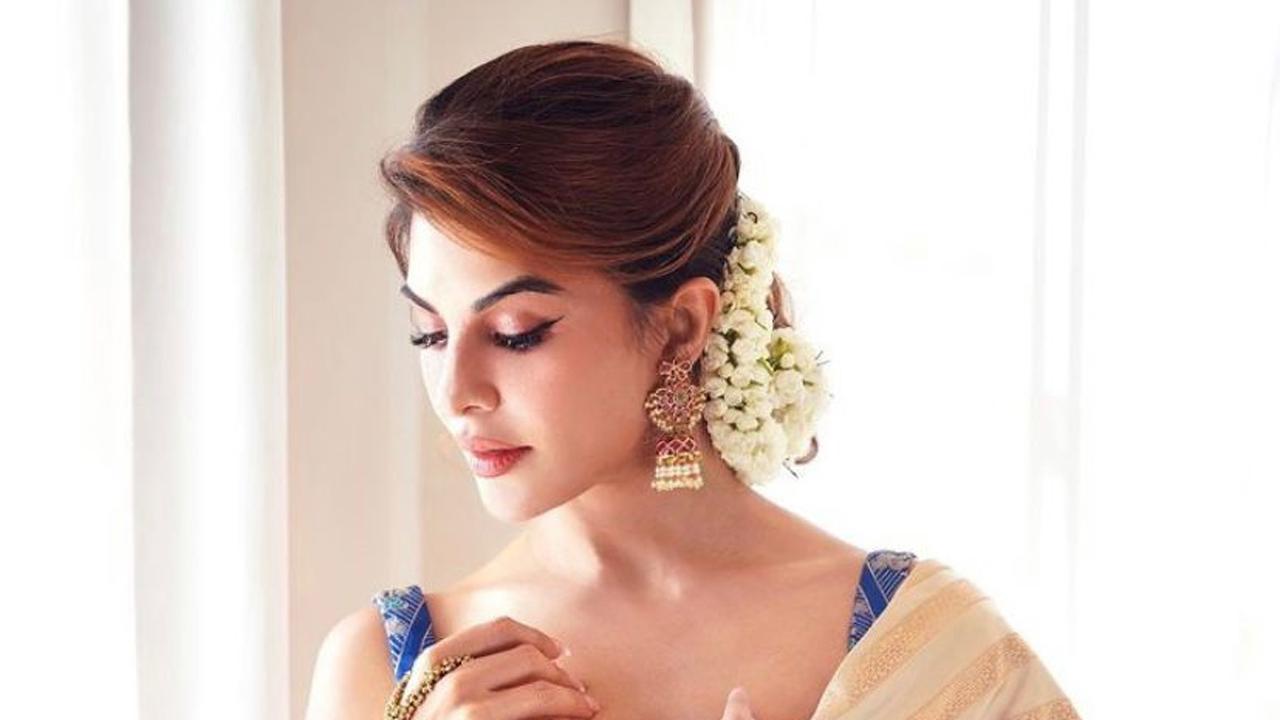 
After making a splash with her dance number 'RaRaRakkamma' in the next pan-Indian biggie from Sandalwood, 'Vikrant Rona', Bollywood actress Jacqueline Fernandez has taken to social media to share her latest south Indian look.

Draped in a cream white cotton saree along with royal blue blouse, the star added a garland of white flowers, also known as Gajra. In the caption below, Jacqueline jotted down "Have you listened to #RaRaRakkamma yet? ?? Link in Bio ! ??"

Her latest song 'RaRaRakkamma' has been recently released in Kannada and the Hindi version. It has created a curiosity among the audience as the glimpses of Jacqueline garnered a lot of attention in the video.

The actress has had several hit songs to her credit and her dance numbers are a hit with fans in south India. Her special song in Prabhas' 'Saho' was well-received down south.

Meanwhile, the actress has celebrated the first anniversary of her NGO, You Only Live Once (YOLO) Foundation, the first poster of her upcoming Rohit Shetty's 'Cirkus' was also released, announcing the release date, which has accelerated the audience's excitement.

On the work front, other than Rohit Shetty's 'Cirkus', the actress will be seen with Akshay Kumar and Nushrratt Bharuccha in her upcoming 'Ram Setu', while she also has 'Vikrant Rona' and 'Kick 2' in the pipeline.

Next Story : Diversity is our strength: Kamal Haasan stresses on importance of languages