On Sunday, Keerthy Suresh took to Instagram and shared the poster and pictures with the team 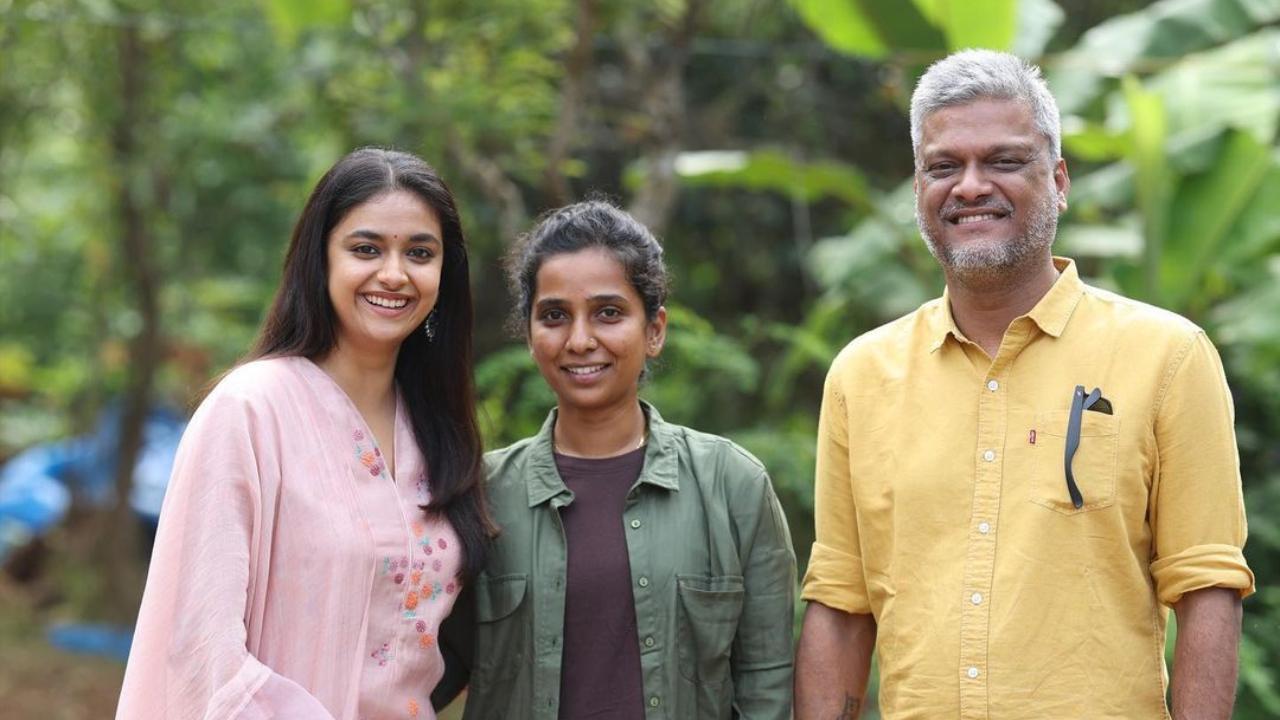 
'Ready to feel empowered? Because revolution begins at home'. A poster and a tagline echoing with the sentiments of many. The makers of 'KGF Chapter 2' and 'Kantara' announced their new venture and have joined hands with Keerthy Suresh for their Tamil movie 'Raghuthatha'. On Sunday, Keerthy Suresh took to Instagram and shared the poster and pictures with the team. Along with the post, she wrote, "Yek gaav mein yek kisan. Raghuthathaaaa!Antha."

The film is a funny, uplifting story of a young lady finding oneself as she goes on a challenging journey to protect the identity of her people and land. The film is written and directed by the award-winning 'Family Man' writer Suman Kumar, making his directorial debut. The film went on floors this month and aims to release theatrically in the Summer of 2023.

Hombale Films is on a roll with two raging hits this year including KGF Chapter 2 and Kantara. Continuing their successful year, they've announced another new movie Raghuthatha, a woman-centric story on a subject that will touch the hearts of many. Smart, determined, forceful when needed but sympathetic too, that's how the character of Keerthy Suresh has been defined in the movie.

On the release of the poster, producer Vijay Kiragandur said- 'Raghuthatha is a comedy-drama about a strong and determined woman who finds her unique voice by challenging norms, upholding her principles, fighting for them and eventually becoming an inspiration to everyone. Through her trials and tribulations, you see her identity emerge. Presented comedically, the film promises to make every member of the family laugh out loud and introspect after. Keerthy is the perfect choice to play the lead given her talent and versatility and we're happy to have her on board."