Aazaad will be remembered for rejuvenating Sanskrit with Aham Brahmasmi

Aham Brahmasmi has all key ingredients of mainstream Hindi cinema viz. patriotism and drama in its core 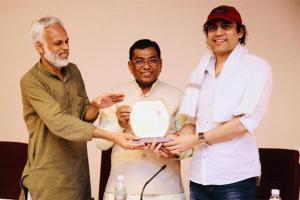 Trailer and song launch of the first mainstream Sanskrit film in world cinema Aham Brahmasmi and the success meet of the glorious film Rashtraputra - Showcased at Cannes film festival France on 21st May 2019.

At HT Parekh Hall - Ahmedabad Management Association on 3rd September 2019 – Writer, Director, Actor and the much-celebrated nationalist filmmaker Aazaad was honored and acknowledged by the chief guest of auspicious ceremony Dr. Kirit Premjibhai Solanki (Senior Politician and Hon'ble Member of Parliament – Lok Sabha, Ahmedabad) for successful premiere of his film Rashtraputra at prestigious International Cannes Film Festival and his creative contribution in Sanskrit with the first mainstream feature film of the world, Aham Brahmasmi. The historical event was organized by Samskrita Bharati, The affiliated organization of Rashtriya Swayamsevak Sangh (RSS). 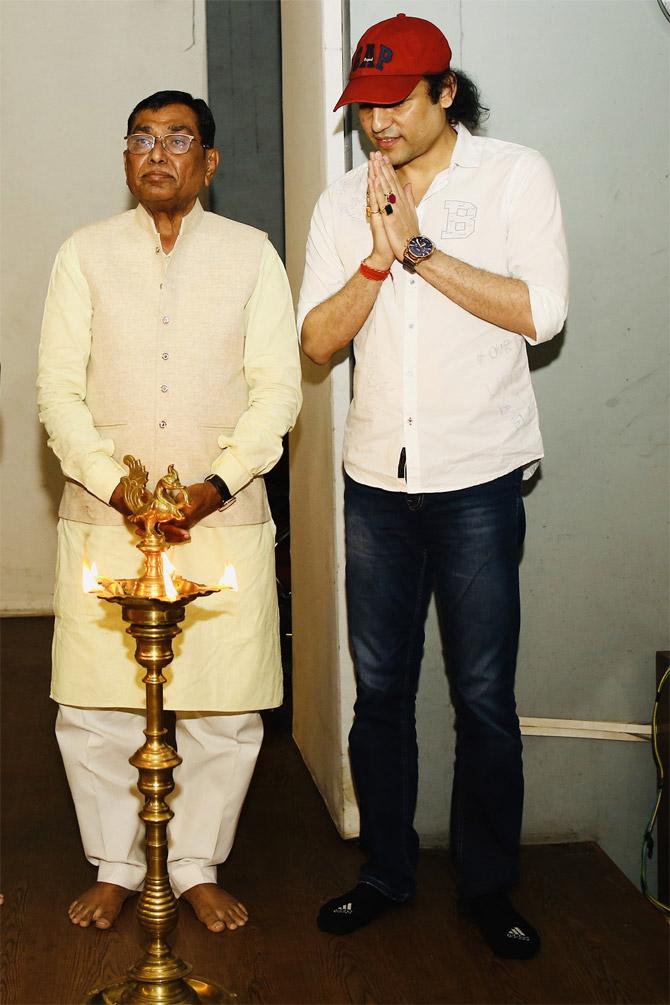 In this auspicious occasion, the MP from Ahmedabad Kirti Bhai Solanki expressed his immense happiness to know about Aham Brahmasmi. "In a nationalist atmosphere, all the things related to cultural nationalism will happen. Aazaad has done a historic meaningful creative work which will be remembered for the centuries. Aazaad is a great talent nourished by our Sanatan culture and a crusader of save Sanskrit mission and very delighted to see some glimpses of his creative work, Aham Brahmasmi and after meeting him personally, I can say with great confidence that Aazaad will conquer the boundaries of international cinematic art and a name Aazaad will be here forever. I extend my wholehearted blessings and good wishes for the success of his magnum opus Aham Brahmasmi." 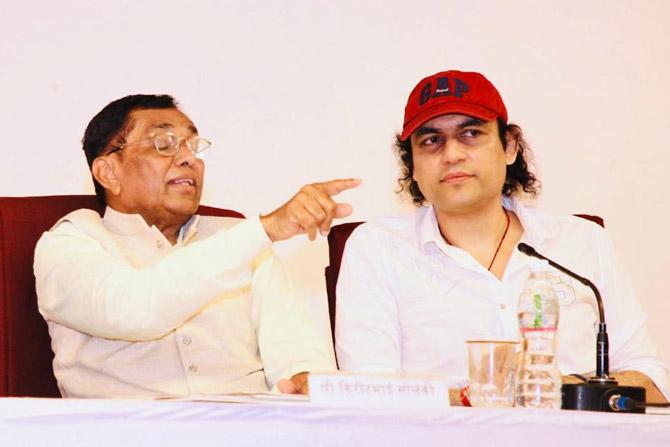 In this rarest of the rare event dedicated to Dev Bhasha Sanskrit, Dr. Hari Ram Mishra, Senior educationalist – Jawaharlal Nehru University (JNU), said that it is high time to save our immortal and eternal culture of the sages by recognizing the most scientific language. Aazaad's Aham Brahmasmi is the ultimate revolution and the supreme mantra by which one can achieve the super manhood which was described and achieved by our ancient sages. 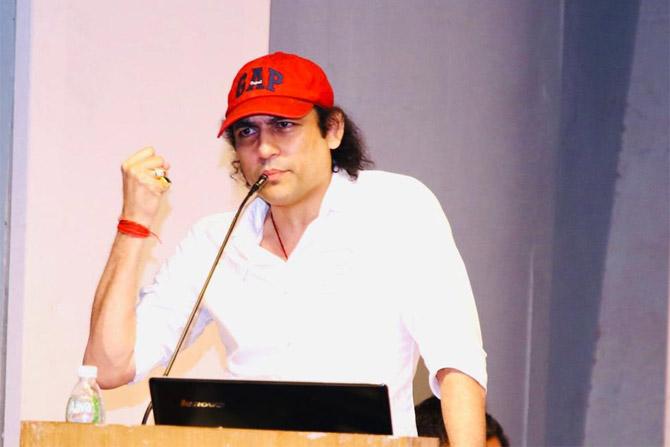 Aham Brahmasmi has all key ingredients of mainstream Hindi cinema viz. patriotism and drama in its core. The sole reason behind making the film is to make and prove that the Sanskrit language is relevant even for today. When asked about creating history in world cinema, Filmmaker Aazaad said "We all should love, respect and give priority to our own culture and tradition. Why are we forgetting our own traditions and culture where-as people from different countries are trying to follow our Indian Culture". Filmmaker Aazaad also said that through Aham Brahmasmi we can re-invent, restore the Sanatan culture and preserve our divine identity and existence. India is not merely a piece of land but a divine entity, one should live and die for the motherland. We are the fortunate descendants of the great sages who had created Vedas, Upanishads and the ultimate wisdom when the whole world was in its primitive stage. For us, the whole world is our family. Our thoughts, actions, and voices represent and strengthen the world brotherhood, peace and wisdom. 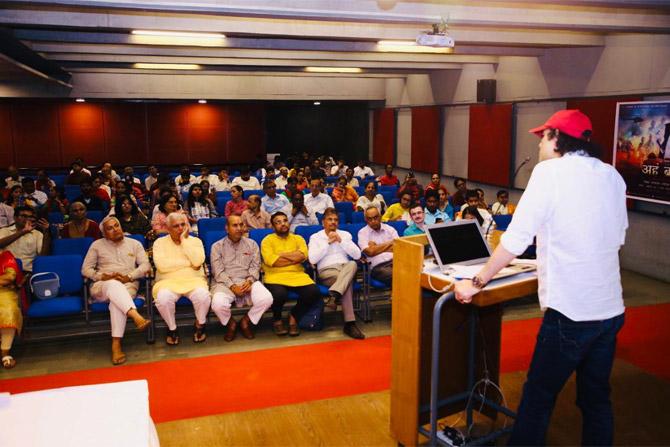 It is a matter of great hope that in this commercial world of movies, Aazaad has come forward with such an extraordinary subject of all time, Aham Brahmasmi. The remarkable film is written and directed by the much-celebrated filmmaker Aazaad and Produced by Kamini Dube along with the legendary film company The Bombay Talkies Studios. The film is presented by pillar of Indian Cinema 'Rajnarayan Dube', International Trusts - 'Bombay Talkies Foundation', 'Vishwa Sahitya Parishad', 'Aazaad Federation' and one of oldest finance company of India, 'Dube Industries' established in 1929.

Next Story : Ripudaman Singh aka Mehar Photography all set to impress Pollywood