Taking to Twitter, Lyca Productions, the firm that had produced the film along with director Mani Ratnam's Madras Talkies, tweeted: "Thank you for giving 'Ponniyin Selvan 1' the biggest ever opening day for Tamil cinema worldwide" 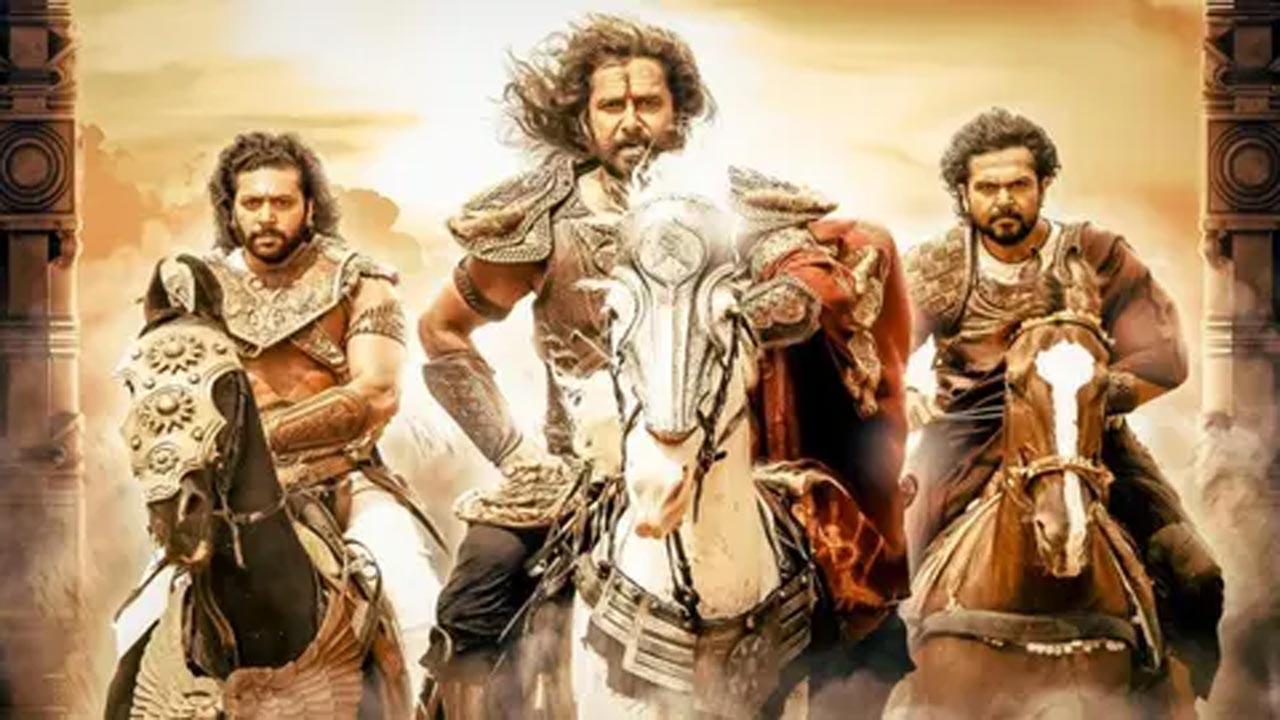 A still from the Ponniyin Selvan 1


Director Mani Ratnam's magnum opus 'Ponniyin Selvan 1', which is based on eminent writer Kalki's literary classic by the same name, has made history by emerging as the film with the biggest ever opening in Tamil cinema.

The film, its makers announced, grossed a worldwide sum of over Rs 80 crore on its very first day.

Also Read: Trisha read all five volumes of the epic for her role in 'Ponniyin Selvan: I' (PS1)

Taking to Twitter, Lyca Productions, the firm that had produced the film along with director Mani Ratnam's Madras Talkies, tweeted: "Thank you for giving 'Ponniyin Selvan 1' the biggest ever opening day for Tamil cinema worldwide!"

It also shared a poster that said that the film had grossed a whopping Rs 80 plus crores worldwide.

The film, which had triggered huge expectations, released on Friday much to the delight of fans and received a thunderous welcome from audiences.

The film seems to have struck a chord with audiences of all age groups. In particular, the film has caught the attention of senior citizens as it is based on the literary classic by Kalki.

Several senior citizens who had given up the practise of going to theatres are now making an exception in the case of this film as they are eager to watch the classic on screen.

In fact, actor Vikram, who plays Aditha Karikalan in the film, had recently requested theatre owners to do all that they could for senior citizens who came to watch the film. He had said that his mother too had expressed a desire to watch the film in theatres.

'Ponniyin Selvan', the first part of which released on Friday, is a brilliant story that is based on the early life of prince Arun Mozhi Varman, who later went on to be known as the great Raja Raja Chozhan.

The film is among the most expensive projects ever undertaken in the country and is based on the Tamil classic 'Ponniyin Selvan' by eminent writer Kalki.

Next Story : Dulquer Salmaan's 'King of Kotha' first look out