While he was able to convince everyone on-board to wear the harness, SRK didn't budge till the end, "You can see him jumping around the coaches, performing, you can literally see him enjoying the song as he performed" 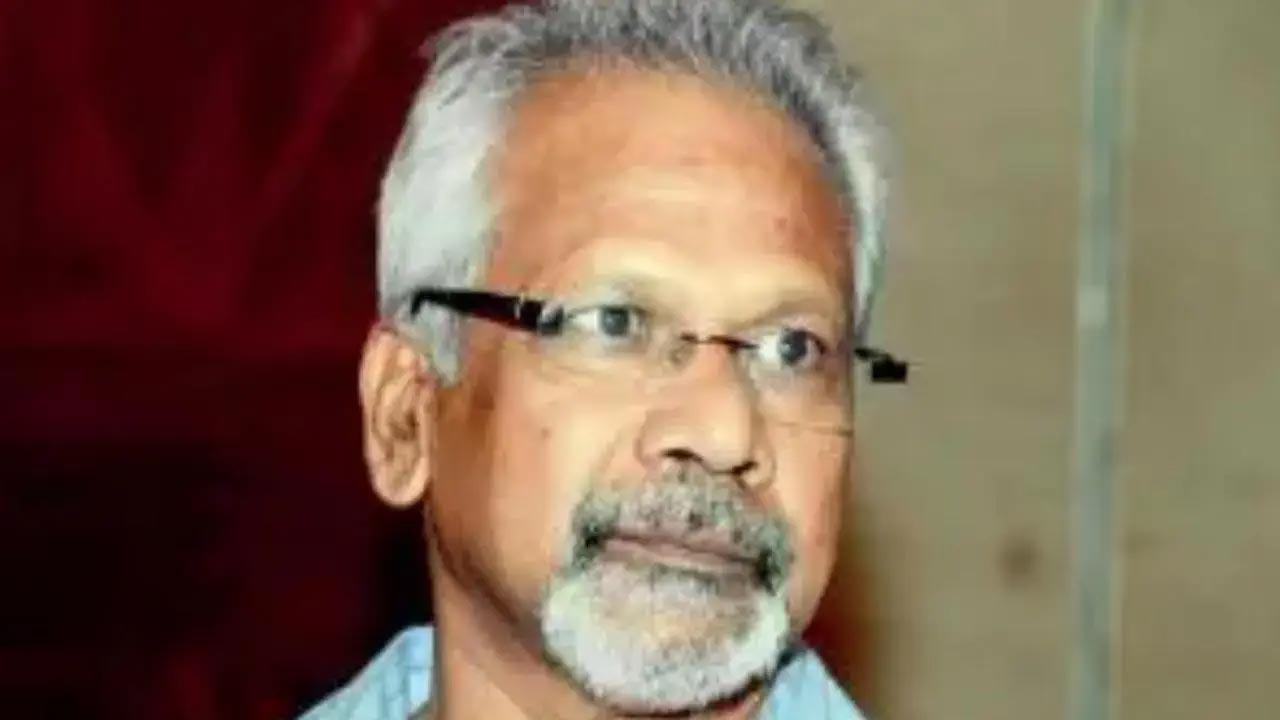 
'Roja', 'Bombay', 'Iruvar', 'Yuva', 'Guru', 'Dil Se..' and 'Alai Payuthey' amongst several other works of his, have defined the landscape of modern Indian cinema. No other Indian filmmaker has been able to achieve the same feat as the Maestro Mani Ratnam so far. His body of work boasts of six National Film Awards and a Padma Shri.

As the filmmaker is currently gearing up for the release of his upcoming epic 'Ponniyin Selvan: I', he spoke with IANS about his close knit creative team, working with the Badshah of Bollywood Shah Rukh Khan in 'Dil Se..' and nurturing new talent.

A true artiste is often either shrouded by simplicity of life or the complexities of conflicts. With Mani Ratnam, it's the former. The softness in his voice and the humility in his demeanour cascade into the riveting stories that he conjures for celluloid.

Like most of his films, film editor A. Sreekar Prasad has stitched 'Ponniyin Selvan: I' as well. Ratnam has always worked with a close knit creative team, something that manifests itself in his collaboration with Rahman, Prasad and most of his technicians.

Furnishing the reason behind working with a preferable set of people, the filmmaker says, "It is a complementary effect with A. Sreekar Prasad, he adds a lot more to my vision as a storyteller. From his edition, I'm able to take my stories one step forward, and it's more or less the same with every technician."

He believes in giving space to his collaborators and inviting their inputs for the larger good of the story, "It's not that I want to enforce my creative thoughts on the people whom I work with. Filmmaking is a collaborative art form and a story won't reach its true potential unless you give room to every artist to come up with their own ideas and add value to it. There are some collaborators with whom you hit a common wavelength."

Continuing, he cascades into working with newer talents like Ram Gopal Varma, Anurag Kashyap and A.R. Rahman back then in an era gone by.

He says, "Ramu, Anurag and Rahman are such people with whom I had a great time working with whenever we have collaborated on something. Though I didn't bring in any of these talents into the industry, they were working and winning praise for their work before I worked with them but they're so brilliant in their line of work that you look forward to more from them and they push you to outdo yourself."

He particularly praises RGV for his astute vision and the knack of experimentation as a filmmaker, "Ramu for instance, his first film 'Shiva', I think it's one of the best films that I saw from a first time director, similarly with Anurag and Rahman both of whom, the world knows about."

As for Rahman, the best part about working with him is that he won't take the next step unless he is convinced about his creation. As Mani Ratnam shares, "The most satisfying aspect of working with Rahman is that he doesn't settle very easily."

Ratnam is the one who brought Rahman to the mainstream with his film 'Roja', the film's OST turned out to be a runaway success and the rest is history.

"When you work with Rahman, it's not just you as a director that needs to be convinced, Rahman needs to be equally convinced about how the track composed by him would reflect on the screen, on the characters or in the overall flow of the narrative. The common search for the right sound, texture, tonal quality and the warmth, is something I find really special", the director adds.

One such instance, where his collaboration with Rahman has resulted in something iconic is 'Chaiyya Chaiyya' from the Shah Rukh Khan-starrer 'Dil Se..'. Ask him, how did he go about the song given there are far too many legends attached to the song from himself, SRK, Rahman, Gulzar, Farah Khan (choreographer), Sukhwinder, cinematographer Santosh Sivan and a diva like Malaika, and he says, "I don't know".

After saying that it's an accidental marvel, Ratnam adds, "We just did what we were supposed to in a limited span of time. Of course the magic started with Rahman composing that melody but on set, there were several challenges that we were battling against."

Shedding light (pun intended) on the logistical challenges he adds, "We were losing the light and facing logistical challenges as narrow gauge was too small to accommodate cameras and broad gauge trains were too fast from the point of view of the crew's safety. We didn't get time to ponder over creative line of thought."

While he was able to convince everyone on-board to wear the harness, SRK didn't budge till the end, "You can see him jumping around the coaches, performing, you can literally see him enjoying the song as he performed.

"Considering the safety and time, more than anything, we wanted to get the shoot off our chest as quickly as possible", he mentions.

Not many people know but he is an alumnus of Jamnalal Bajaj Institute of Management Studies in Mumbai as he has done his Master of Business Administration (MBA) in finance from the institution. The filmmaker feels no knowledge goes to waste, what he studied in the B-school still comes handy to him.

"Any education gives you a rational approach to your line of work. My study of management comes in handy when I work with large teams like for 'Ponniyin Selvan: I' because at the end of the day, people management forms a big part of filmmaking", he concludes.