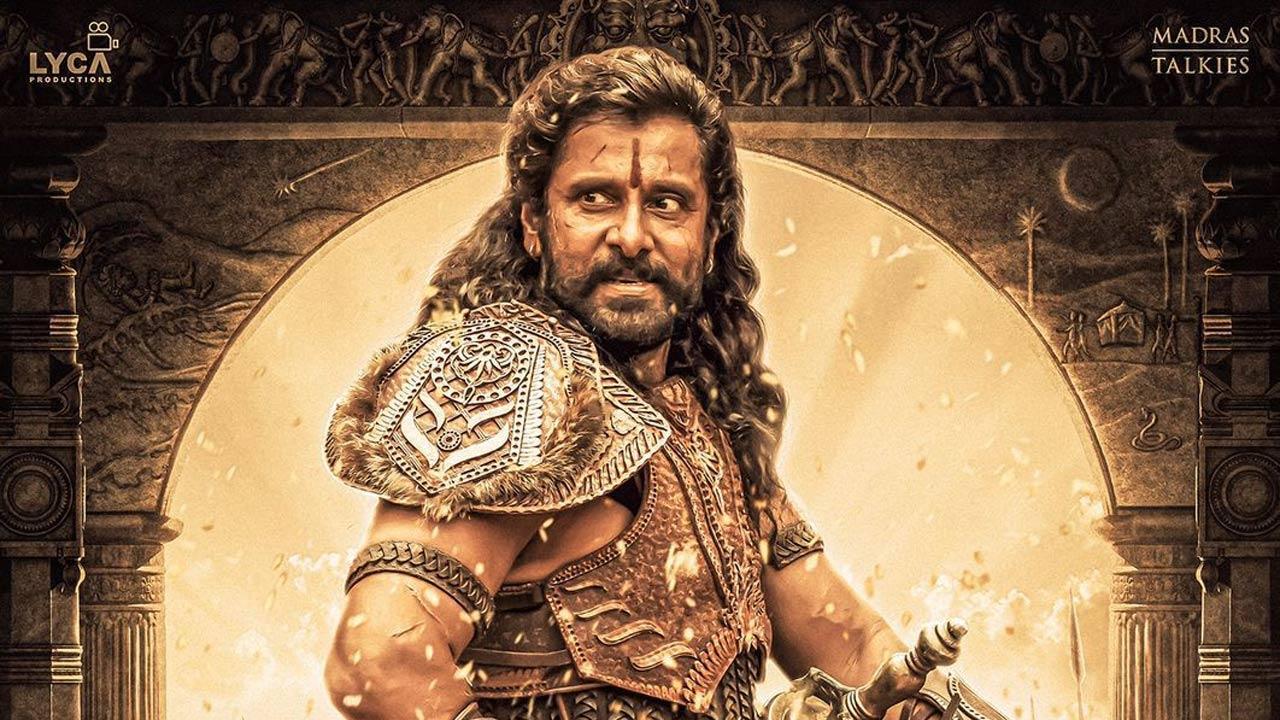 
'Ponniyin Selvan Part 1' is slated for a worldwide release on September 30, 2022 in Tamil, Hindi, Telugu, Kannada, and Malayalam. The magnum opus with a stellar cast of Vikram, Jayam Ravi, Karthi, Aishwarya Rai Bachchan, Trisha, Aishwarya Lekshmi, Sarath Kumar, Vikram Prabhu, Sobhita Dhulipala, Jayaram, Prabhu, Parthiban, and Prakash Raj is based on Kalki’s eponymous Tamil novel that was serialised in the 1950s and has remained a sensational success ever since.

The makers have now released the first look of Vikram and he looks fierce and ferocious. Madras Talkies shared his poster and wrote- "Welcome the Chola Crown Prince! The Fierce Warrior. The Wild Tiger. Aditya Karikalan!"

Next Story : Rajinikanth on 'Rocketry: The Nambi Effect': Madhavan has proved himself as an able filmmaker in his debut flick