ZEE5 announces the world digital premiere of ‘Coffee with Kadhal’

Written and directed by Sundar C, the Tamil rom-com will stream on ZEE5 on 9th December, 2022 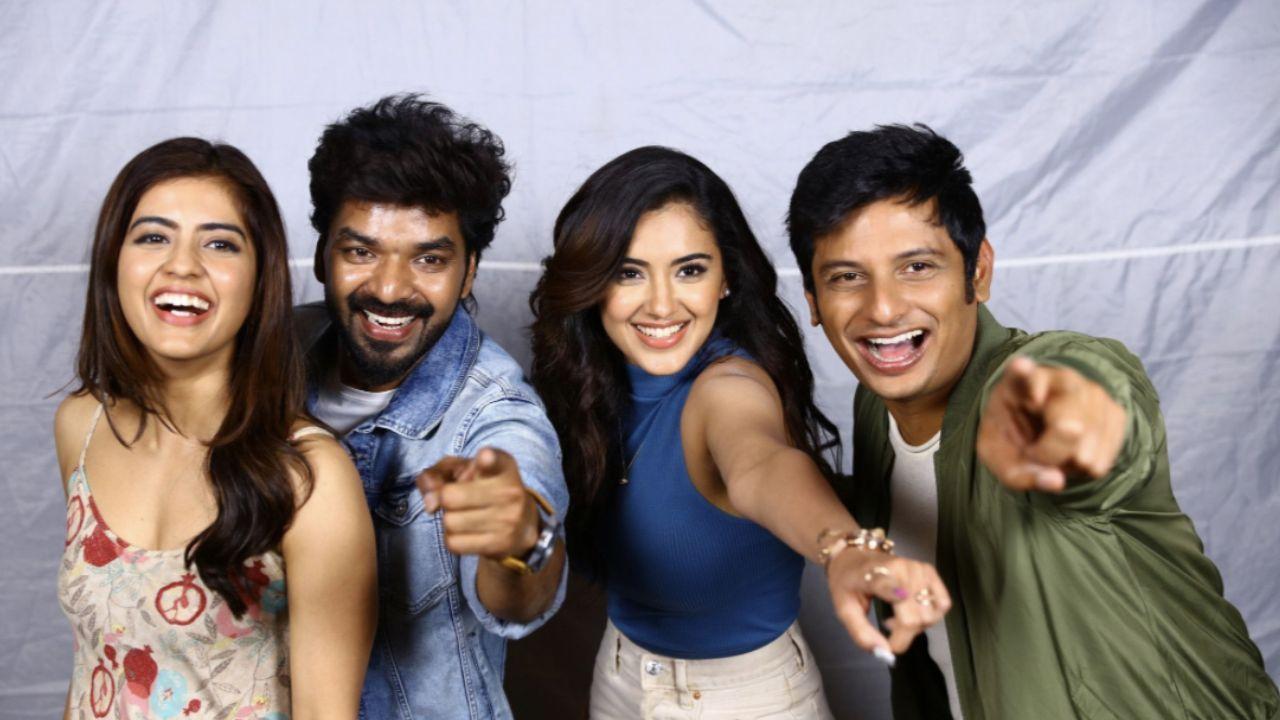 
ZEE5 will be streaming the world digital premiere of the movie ‘Coffee with Kadhal’ in 4 languages - Tamil, Telugu, Kannada and Malayalam. Produced by Zee Studios, Khushbu, A. C. S. Arun Kumar and A. C. Shanmugam, the Tamil romantic comedy film is written and directed by Sundar C and staring Jiiva, Jai, Srikanth with Malvika Sharma, Amritha Aiyer, Raiza Wilson, Aishwarya Dutta, Samyuktha Shanmuganathan and Dhivyadharshini in prominent roles. Premiering on December 9, the romantic, comedy and family drama, ‘Coffee With Kadhal’ is a visual spectacle you can watch in the best and bleakest of times.

The story revolves around the lives of 3 brothers – Srikanth [Music teacher], Jiiva [IT professional] and Jai [aspiring entrepreneur] and explores the different sides to their personalities. Srikanth, a doting son who never breaks the rules, Jiiva who is dealing with a heavy heartbreak after his live-in relationship and Jai who is trying to setup his own business with little luck. While the eldest one is responsible, the other two sons are out of bindings. The film reflects the values that any family can easily relate to and leaves you with a warm and fuzzy feeling. With Yuvan Shankar Raja’s music and E. Krishnasamy’s cinematography, the film depicts the warmth and craziness that envelopes a sibling relationship. And now, with its World Digital Premiere on ZEE5, the film will be available to viewers across 190+ countries. So, get set for the release of this heart-warming tale on 9th December.

Sundar C said, “Coffee With Kadhal has all the essential elements of a complete entertainer. There are times when our parents fail to realize our unique capabilities, but our siblings will always be there to look out for us and set us right. Coffee With Kadhal is a medley of relationships,  the drama of everyday life and the humorous conflicts of siblings. It will make surely make one reminisce their equation with their siblings. We couldn’t have thought of a better platform to bring this story to our viewers.”

How would you rate the first two episodes of Kaisi Yeh Yaariaan 4?