Ankita Lokhande looks breathtakingly beautiful in a golden lehenga, and her Kundan jewellery, along with the 'sindoor', added the much-needed oomph factor to her wedding look 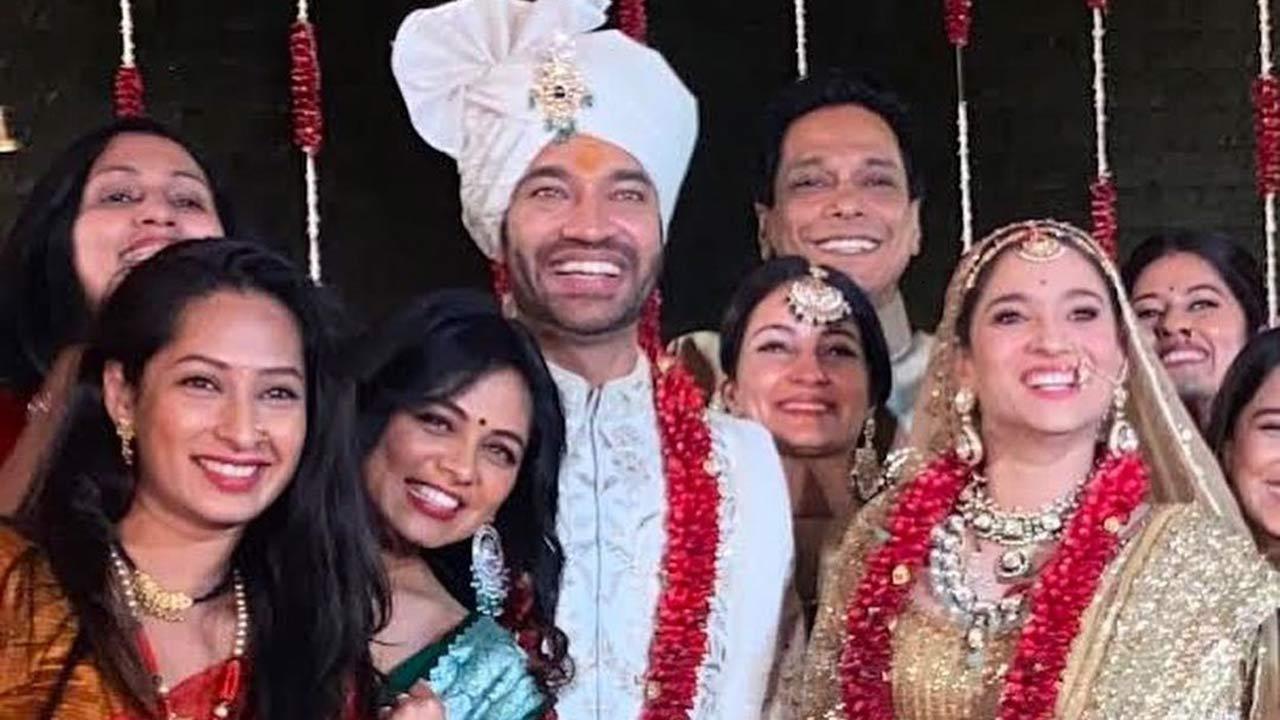 
Finally, Ankita Lokhande tied the knot with her boyfriend Vicky Jain in Mumbai, and the actress wedding pictures are ruling the web. Her Pavitra Rishta co-star, who shares a great friendship with the bride, shared some intimate pictures from the wedding, giving us all a glimpse of the happiest day of her life.

Ankita Lokhande looks breathtakingly beautiful in a golden lehenga, and her Kundan jewellery, along with the 'sindoor', added the much-needed oomph factor to her wedding look. Speaking of the groom, he was seen wearing a white sherwani. Don't they make a beautiful couple? Take a look at the wedding pictures right away!

Several photos and videos from their pre-wedding ceremonies including 'Mehendi' and 'sangeet' went viral on social media. In a few videos that grabbed eyeballs, she was seen performing beautifully for Vicky at the engagement party. Kangana Ranaut attended Ankita Lokhande and Vicky Jain's sangeet ceremony. Kangana took to her Instagram account to share pictures and videos of the couple.

The actress could be seen decked up in a glittery black ensemble. Her smile reflected all her excitement and happiness. Both of them could be seen hugging each other and sharing the most precious moments with their fans by showing their rings to them.

Ankita and Vicky tied the knot on Tuesday in a private ceremony due to the Covid-19 pandemic. Earlier they had planned a red carpet event for the media but now it has been cancelled, according to the reports. They have asked everyone to wish them on their special day.