The cast of upcoming Bollywood flick Sui Dhaaga, Varun Dhawan and Anushka Sharma graced everyone with their presence on Indian Idol 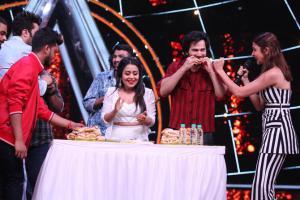 
The entertainment quotient is surely going to go a notch higher in the upcoming weekend of Sony Entertainment Television's Indian Idol 10. It assures to be one of the most amazing episodes for the viewers. The cast of upcoming Bollywood flick Sui Dhaaga, Varun Dhawan and Anushka Sharma graced everyone with their presence on the show. Varun and Anushka enjoyed the amazing songs performed by the Top 11 contestants. In between, the aroma of Vada Pav and strong cutting chai took over the entire set when judges and guests had a one of a kind vada pav competition.

Varun and Neha who are big fan of this Mumbaiya street food couldn't control themselves and ended up eating many vada pavs. Anushka was seen helping Varun in eating more in the competition with Kunal Pandit's friends and cheered them on. 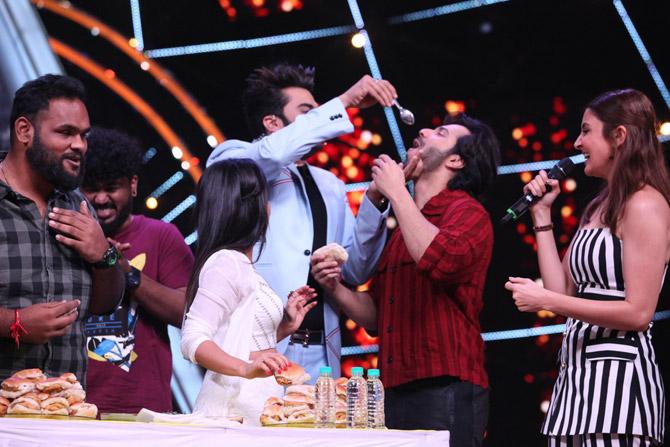 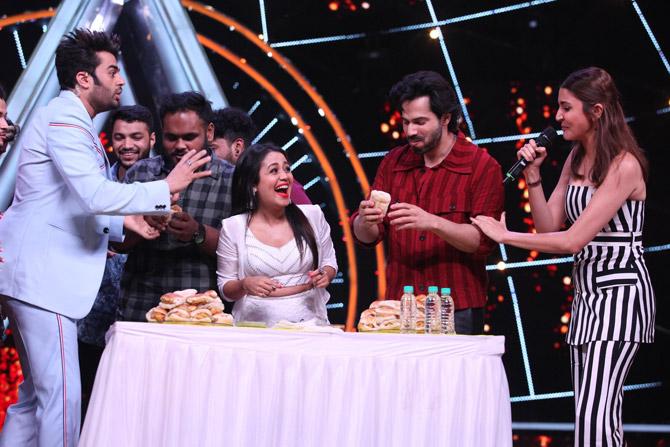 A source on the set revealed, 'It was indeed a fun sight to see these judges and Anushka and Varun eating Vada Pav, who are otherwise very conscious about eating oily food. Varun Dhawan was the one who ate 3-4 vada paavs and Neha accompanied him. The weather was perfect on the sets with piping hot chai and mouth-watering Vada Pavs."

A film about finding love and respect through self-reliance, Anushka Sharma and Varun Dhawan have come together for the first time. Sui Dhaaga: Made In India brings together National Award winning producer-director combo of Maneesh Sharma and Sharat Katariya after their blockbuster Dum Laga Ke Haisha. The film is a special salute to the inherent entrepreneurial spirit that the youth of India have. Sui Dhaaga: Made in India is set to release on September 28 this year.