Here's what Himanshi has to say about Shehnaz's father's comments 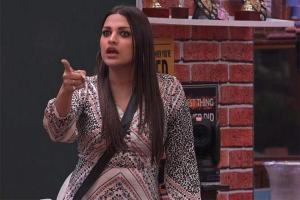 
In a recent interview, Bigg Boss 13 contestant Shehnaz Gill's father Santok Gill blamed her housemate Himanshi Khurana for destroying his daughter's career. "After the fight, whenever Shehnaz got work, Himanshi would call up directors and producers and start filling their ears against Shehnaz. She stopped getting work. Himanshi destroyed her career. It was good that Shehnaz did not give up and started singing. She got popular in singing. I feel if someone else would have been in Shehnaz's place that person would have committed suicide. She used to get hate mail and messages on social media. Out of 100 comments, she used to get 90 vulgar comments. It was all done by Himanshi's PR team. Shehnaz did not give up and continued working. The entire Punjab industry has boycotted Shehnaz and used to hate her," said Santok, according to a report in timesofindia.com.