The real dhamaka begins in Bigg Boss 15 house when ace producer Ekta Kapoor enters the house for some fun! She assigns the contestants a task where they have to remove the ‘Mukhauta’ that their housemates have on 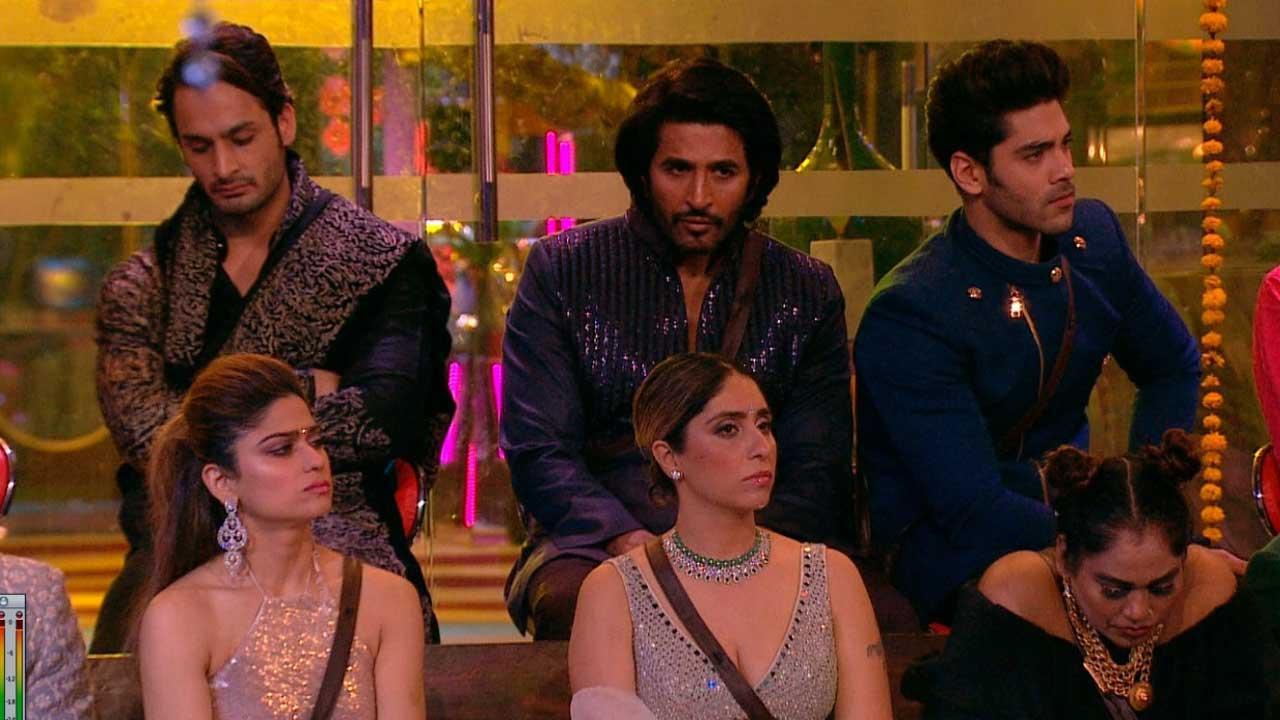 
Last night’s episode shook us all with Miesha Iyer's elimination. However, host Salman Khan announced that one more contender is about to get eliminated with her from the Bigg Boss house. The unexpected double eviction leaves everyone in shock as they wonder who will take the fall.

However, the real dhamaka begins when ace producer Ekta Kapoor enters the house for some fun! She assigns the contestants a task where they have to remove the ‘Mukhauta’ that their housemates have on. Tension builds up in no time as Nishant removes the ‘Dosti ka Mukhauta’ from Karan. Nishant says, “Main aur Karan kaafi acche dost hain, lekin isko merepe barosa nahi hain.” On the other hand, Umar points out that Shamita is unfair with her judgement to which the latter defends herself with a vague response. Ekta gets annoyed with her comeback and says, “Mereko koi unfair bolta toh main chaar javab deti ki main isiliye unfair nahi hu.”

Meanwhile, the Jay-Veeru bond seems to be getting weaker by the day as Vishal gives Jay the ‘Bura insaan’ tag. It instantly triggered a big fight between the two. The tension in their friendship is apparent. From the looks of it, there aren't going to be many Jay-Veeru moments between the two.

However, this wasn’t the only relationship put to test this weekend. Salman Khan questions the Anna-Akka relationship of Shamita and Vishal. Shamita replies that she keeps getting negative feedback about him from everyone. Hence she is very confused on what to make of her friendship with Vishal. Vishal, on the other hand, gets upset that his Akka has questioned their bond. As Salman tries to understand their views, it will be interesting to see how their friendship pans out.

This Sunday evening is filled with oodles of fun, drama, and action that you do not want to miss!