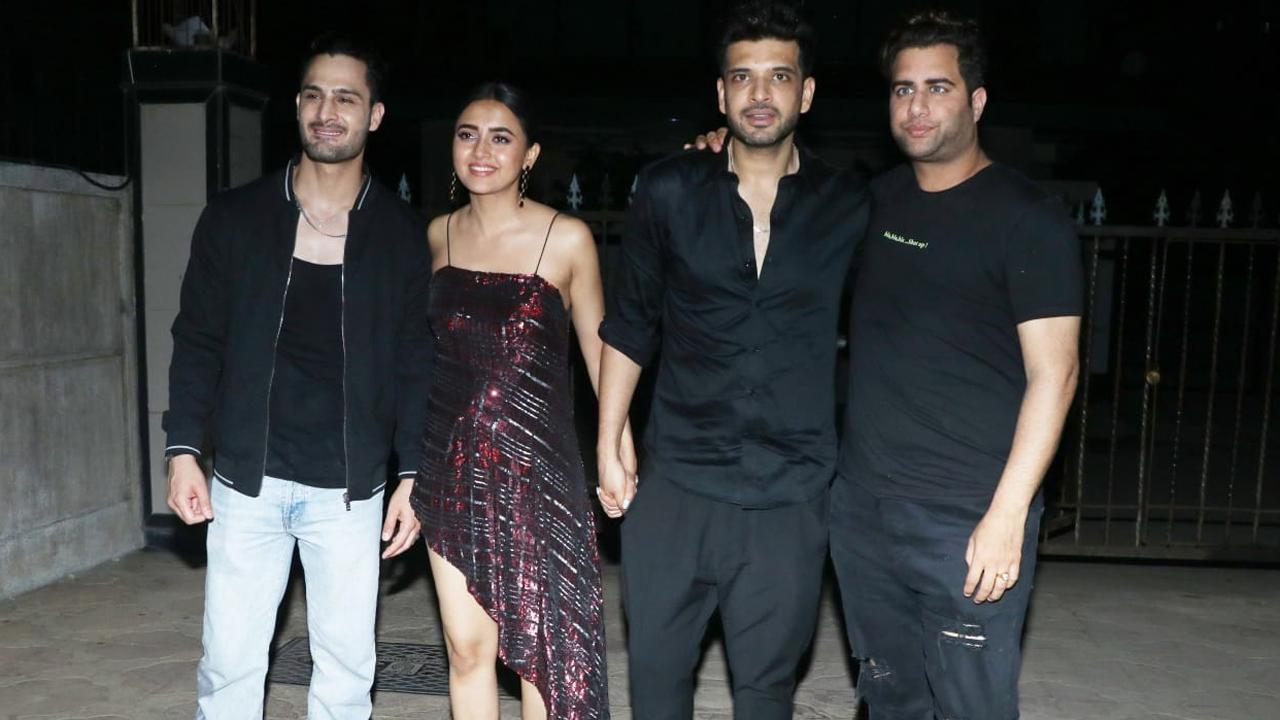 
Karan Kundrra and Tejasswi Prakash have been making headlines ever since their participation in Bigg Boss 15 last year. They very much seem to be in love and keep talking about each other in interviews. They recently graced Zareen Khan's birthday bash together and their PDA is making headlines.

The duo posed for the paparazzi and also struck a pose with their Bigg Boss contestants Umar Riaz and Rajiv Adatia.

In a recent interaction, the Naagin 6 actress couldn't stop blushing when our very own RJ spoke about her beau Karan Kundrra. For the unversed, TejRan (Tejasswi Prakash and Karan Kundrra), well that's how the fans like to call the telly couple, became a household name after their stint in the Bigg Boss house.

When asked about her unique name, Tejasswi quickly quipped "I love my name, and my father's name is Prakash. So, Tejasswi Prakash is like being too bright." After listening to 'papa's girl', Karan also quizzed Tejasswi to know if she has got a tattoo of her name yet. Interestingly, the actress not only thinks that getting inked is a crazy commitment but also shared that she is scared of getting a tattoo done.

"I am not even exaggerating. I've been crazy busy. Daily soap is tough. If you are working in a show like Naagin, the entire show is about you. At the same time, it's not an easy sequel. It is not a daily soap opera. It has a lot of action, romance, and dance sequences, the show also sees me performing the dance form 'Tandav.' It is not a very easy show. But I love it because of the amount of love this show has garnered. I am loving the response. The show is doing so well. I am loving the fact that people are watching me as a performer. After Bigg Boss, people are loving my personality but at the same time they also want to see the kind of performer I am."

Tejasswi feels that it's a 'huge responsibility" to perform well in every scene she does as people are watching this show with a lot of interest. They want to know more about what's going to happen next.

Next Story : Dheeraj Dhoopar: I carry my entire wardrobe on holidays