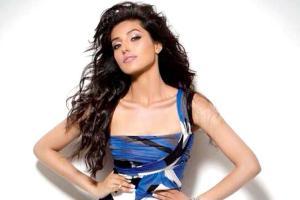 Amazon Prime Video Original and Excel Entertainment's crime thriller drama series "Mirzapur" is a hinterland story that is as raw as it gets. It showcases a lawless land filled with action where the only rules are laid by Kaleen Bhaiya, played by the versatile Pankaj Tripathi.

"The experience was awesome and both Pankaj and Ali have done something in 'Mirzapur' which no one has seen ever before. It was a treat to watch these two actors perform and learn. "

What did she learn?

"I learnt a lot from these people. They were very true to their characters and there was so much to see, observe from them. Apart from these, I guess Ali and Pankajji are one of the most humble human beings I have ever come across," she said.

Next Story : Bigg Boss 12 Nov 19 Update: Inmates get second chance to be safe