'After Salim-Javed, how many writers does the general public know of?'

Having helmed City Of Dreams, Nagesh Kukunoor on how Indian shows need to take giant strides to match global content 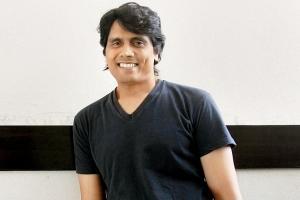 
There's no mincing words when it comes to Nagesh Kukunoor. During our 25-minute chat, he displays his forthrightness as he argues that a film director is not necessarily the best choice to helm a web series. Or that Mumbai can hardly be a filmmaker's muse. Close on the heels of his show City Of Dreams dropping online, we catch up with Kukunoor to talk about films, web series and everything in between.

After a false start with Test Case, you are ready for your web debut.
I have been wanting to tackle this format for about 15 years. I have been a huge fan of the original HBO shows before Netflix and Amazon took over. When OTT exploded in India, I attempted directing with Test Case; that was not a satisfactory process. Thankfully, I re-connected with Sameer Nair [co-producer] for this show. It took me from August to October 2017 to finish [writing] it. Post that, I alternated between scripting with Rohit Banawlikar, directing alternate episodes, editing and producing. I wanted to explore every aspect of this format instead of sitting with a random credit of showrunner, which is the new catchphrase now.

Also Read: Nagesh Kukunoor: Proud of sticking to my conviction

What was your vision for City Of Dreams?
In my career so far, I have not written a single story based in Mumbai, or shot here. Visually, it is an unappealing city. The only kind of story that Mumbai lends itself well to is the gritty stuff, which is what everyone, including myself, has been doing. Rohit came up with the idea of writing something that is set in this city. It's a political drama that deals with different strata of society.

Is there a reason behind casting Marathi actors for a Hindi show?
The show is about a Marathi political family in Mumbai. The initial idea was to rope in Hindi actors. But as the discussions progressed, I felt that [Marathi actors] would lend authenticity [by way of] their pronunciation or occasional use of a Marathi phrase. For instance, there is a Muslim cop called Wasim Khan, played by Eijaz Khan. So when he does Salaam waalekum, it is perfect. Hats off to Applause [Entertainment, producer] for supporting me on this decision! Now, I want to trade all my
actors for Marathi artistes - they are disciplined and come to the set prepared.

Compared to international series, where do you think Indian shows lack?
We aren't doing well [in comparison to the West] and it stems from the writing. I don't think the calibre of directors in this country is any less than anywhere else. But we are hampered by the fact that the writing on offer is mediocre to terrible. [So, as a director] there is only so much you can do on set. Sacred Games stands out in that regard.

Do you think writers in India get their due?
They are truly the ignored lot; they have been treated like second-and-third-rate citizens in television. Thankfully, Netflix and Amazon are shelling out enough money for scriptwriters. But there has never been a pool of good writers in India. After Salim-Javed, how many writers does the general public know of? We need to get more writers and need to pay them more. I see that thought gaining ground slowly.

Also Read: Nagesh Kukunoor on his Telugu directorial debut: I am terrified