Rajat Barmecha: I will never break the bro-code

Ahead of the second season of web-series Love, Lust and Confusion, Rajat Barmech reveals his real life 'don't do list.' 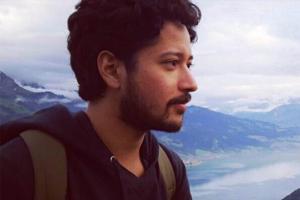 While season 2 revolves around Poroma's 'Don't-do-list' which has been creating quite a buzz on social media, Rajat revealed his real life 'don't do list.' When quizzed about it, he said, "I will never have any kind of relationship with my best friend's girlfriend or with any girl who my friend likes. It's a complete no–no for me. I will never break the bro-code."

Definitely, a sentiment that every millennial can relate to, much like the series which presents challenges and confusion that resonates with most millennials in the country.

The web-series chronicles the life of a young girl namely Poroma and her exciting experiences. The story continues from where it left off last season; in the new season, Poroma has to make some important decisions, while the confusion between love and lust on the series continues.

Next Story : Shweta Tripathi: People sent me pictures of their balding heads