Charting his own career away from the shadow of his famous brother, Sunny Kaushal discusses his biggest project to date and the challenge of comparison. 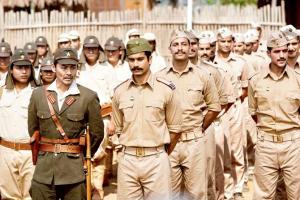 A still from The Forgotten Army


It's a homecoming of sorts for Sunny Kaushal, who kicked off his career with the web series Chukiyagiri before being big-screen bound. He will soon be seen in Kabir Khan's ambitious digital offering, The Forgotten Army, on Amazon Prime. A man of few words, the actor discusses why a film wouldn't do justice to the subject and the dilemmas of being compared to actor-brother Vicky Kaushal.

What was your brief for The Forgotten Army?
I had to portray a real-life character. Kabir [Khan, director] had made a documentary 20 years ago, which became the backbone of the research for this series. I watched it on YouTube, which helped. While the show revolves around Azad Hind Fauj, it is an interpersonal story about the characters.
There was nothing larger than life about them. 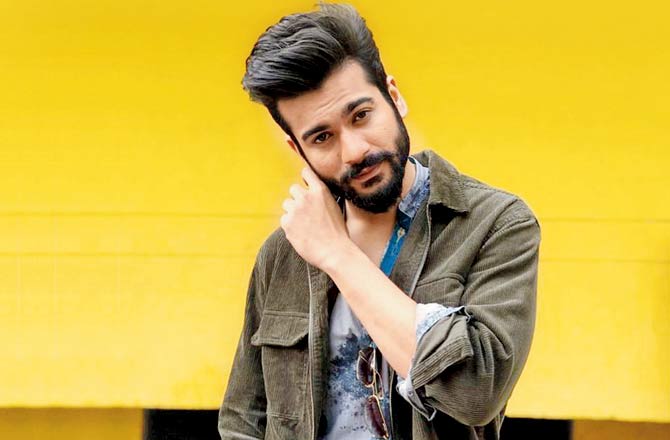 Considering the series also focuses on the love story between Col. Gurbaksh Singh Dhillon and Captain Lakshmi Sehgal, how much of it is fictionalised?
The chapters [and events] that you see are exactly how it happened. The only fictional part is that it is a story told from the perspective of Maya [Sharvari's character] and Surinder Sodhi [his part]. Sodhi is the amalgamation of several [real-life] characters. Similarly, Lakshmi Sehgal and Jaanki Thevar's characters were amalgamated for Sharvari's Maya.

Did you do any research as prep for the historical drama?
Kabir sir did extensive research on the subject and that was enough for us. I remember asking him about Dhillon saab because he lived with him for several days. Kabir sir knew about their bungalow in Kolkata and what their child was named — these are personal stories that you can't find on the Internet.

Do you think a theatrical release would do more justice to a subject like The Forgotten Army?
I think the subject needed a long format. If it had to be made into a film, it would have to be made into three parts because it is such a vast story. You cannot contain it in a two-and-a-half hour film, which is why Kabir sir chose to make it a web series.

At the start of your career, your father Sham Kaushal stated that he will not build inroads into Bollywood for you. Your take?
My father is a self-made man. [Similarly] once I decided to become an actor, I gave auditions and did everything required to realise my dream. [I put in] years of struggle and hard work. It's the same for anyone in any other field. There is nothing extraordinary.

Are you bothered by comparisons with Vicky?
Not at all, but it irks me when someone asks me what [acting] tips he gave me. I recently finished promoting Bhangra Paa Le, and I used to be asked the same question every day. In this profession, you cannot sustain on a tip; you need to have your own opinion. I feel proud when I am compared to him because he has reached a stage where he is considered the benchmark.