Sony LIV presents a murder mystery titled Undekhi and the promo will hook you with its noir! 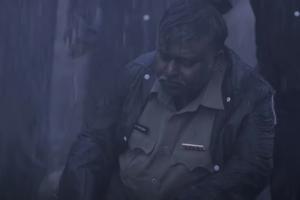 
Is there something more than what meets the eye? Undekhi is a new original series that’s coming soon on SonyLIV. The teaser showcases the locales of Sundarbans and a murder. While the first look seems interesting, it definitely makes you want to know more. If you go by the title of the series, are we missing out on something important?

Have a look at the teaser right here:

The series is produced for Applause entertainment by Siddharth Sengupta's Edgestorm Productions and directed by Ashish R. Shukla. It features an ensemble cast of talented actors - Harch Chhaya, Dibyendu Bhattacharya, Ankur Rathee, Surya Sharma, Anchal Singh, Abhishek Chauhan, Ayn Zoya, Apeksha Porwal and Sayandeep Sen. The dialogues have been penned by the versatile Varun Badola who impressed us with his performance as Kaashi in the recently released hit drama series "Your Honor".

Next Story : Anushka Sharma: Theatrical releases are here to stay in India