Undekhi oscillates between grit and gratuitous. Theres a thrill to be had in the mystery that unfolds on a fateful day of a lavish wedding, but some elements feel forced. 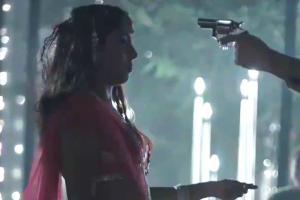 The best thing about making a show or a film without any big stars is that there's an immediate connect with the characters. Even better is to cast actors who have been acting for long but never had their moment of glory. 2020 seems to be the year of fictional cops having a ball. Jaideep Ahlawat reinvented himself with Paatal Lok. The same, almost, happens with Dibyendu Bhattacharya, who plays DSP Ghosh in Undekhi, the latest show on Sony LIV.

The first shot of the show is a wide shot of the gorgeous jungles of the Sunderban. Immediately, there's a close-up shot of the corpse of a cop, lying bruised and battered. Ghosh has been informed that the case is much deeper and denser than what it actually seems to be, two dancers are also missing nearby, and his investigations take him to Manali, where a wedding is on its verge.

It's from this point that the show begins to unravel its cards one after another. Even before Ghosh can solve the mysterious death of the cop, there's one more murder that takes place. And the suspect has been seen by everyone. The eyes lay open, but the mouths remain shut. Such is the influence and intimidation of this family that everyone is shocked and scared. Surya Sharma, who plays Rinku, smartly utilises his man-mountain aura to create a towering character that lets his eyes do the talking.

His posture and demeanour are an indication of how brutal his rage can be. This is a man that will go to any lengths to protect the honour of his family. But his own brittle ego is at stake. There are two more impressive performances by Ayn Zoya and Abhishek Chauhan, who are unintentionally embroiled in this mayhem and mess. Actors like Anchal Singh and Ankur Rathee also channel their inner turmoil convincingly; their wedding has been interrupted by the cops as a murder has threatened to derail the proceedings, but the family continues to be in denial.

But Ghosh won't give up, and he cracks a smile every time someone lies or when he catches their catch. And every time someone addresses him as an Inspector, he corrects them and asks them to address him as DSP. The actor nails the nuances, this is a cop who's also fond of singing while studying the evidence or while spending time alone. He barely loses his cool even in the harshest of circumstances. Rinku, on the other hand, is a ticking time bomb that's better left untouched.

There are certain visuals of brutality and torture that are a little unsettling, and it works for the show and the characters' intent. But there are moments of gratuitousness as well. Harsh Chhaya stays inebriated throughout the show and hams and hams. The man is possibly the most dangerous of the lot, but that fear is never felt in his performance. And it seems the makers are exploiting the lack of censorship on the platform by infusing as many expletives and sex scenes as they can. Half of them feel out of place and unwarranted.

Ashish R. Shukla, the director, and Varun Badola, Umesh Padalkar, Siddharth Sengupta, and Mohinder Pratap Singh, credited as writers, have created an absorbing world. It's just that the world could have done away with what we have been watching ever since the world of the OTT began!

Next Story : Abhishek: My family means the world to me, will do anything for them