Arjun Mathur enjoys his moment in the sun as he bags Best Actor nomination at International Emmys for Made in Heaven. 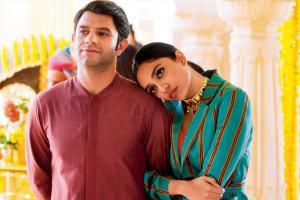 A still from Made in Heaven


He remembers answering a call from actor friend Sayani Gupta — who jubilantly screamed, "Have you heard the news?" — on Thursday evening. What followed has been a blissful haze of congratulatory calls and messages for Arjun Mathur, who has bagged the Best Actor nomination at the 48th International Emmy Awards for his understated performance in Made in Heaven. "My first reaction to Sayani was, 'What bad news are you giving me?' She then asked me to check my messages. I was stunned when I saw the article about my nomination. Initially, there was a sense of disbelief, and it slowly started sinking in."

In the drama, Mathur infused vulnerability to his character of Karan Mehra, who initially struggles to come out of the closet in a country that had criminalised homosexuality until 2018. The actor says many around him discouraged him from portraying a homosexual character for the third time after I Am (2010) and Migration (2007). "But I followed my heart. When an honour like this comes your way, it validates your work. Often, we seek validation by way of the number of social media followers we have, or by bagging a big-budget Bollywood movie. But the world is bigger than that. I did not receive validation on home turf for years, but I am happier to receive it worldwide."

The actor is proud to represent India on a global platform. "[The jury at Emmy] looks for human stories and human conflicts," he says.