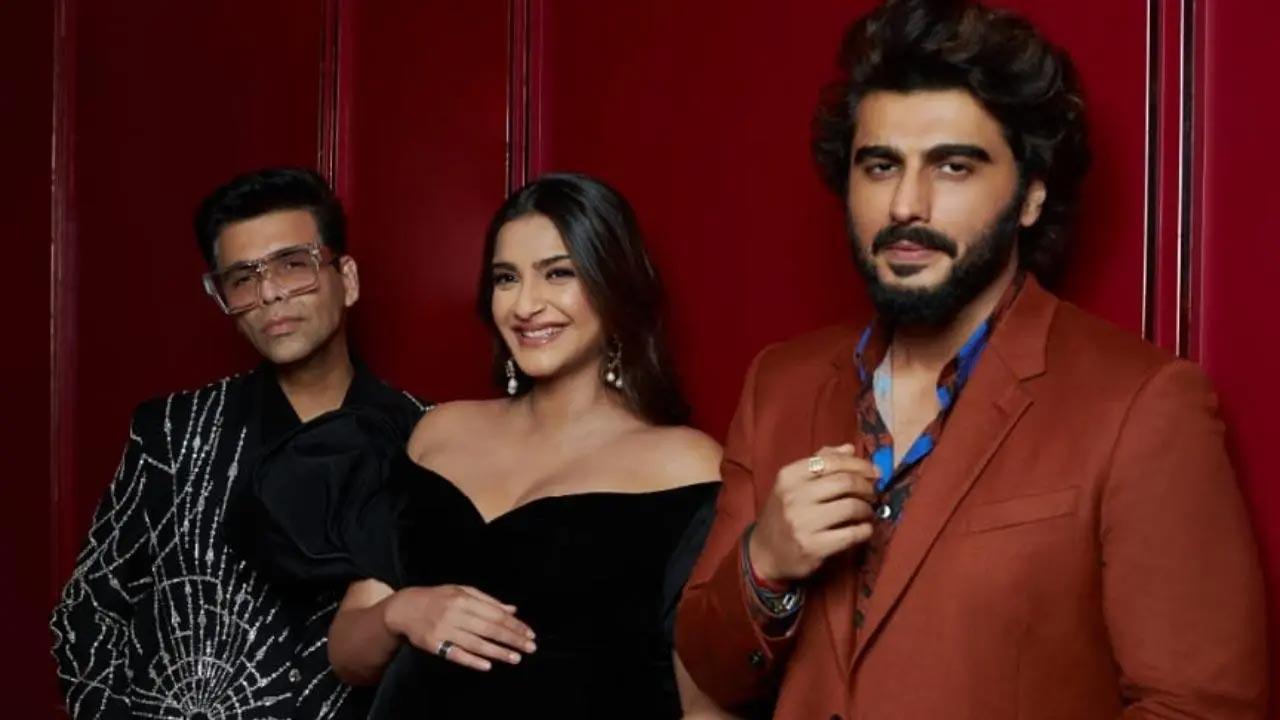 
Bollywood sibling stars Arjun Kapoor and Sonam K Ahuja are all set to tickle the funny bone of many as they will be seen in the upcoming chat show 'Koffee With Karan'. In the latest promo, Karan is seen asking Sonam about Arjun: "How many friends of yours has he slept with?"

Also Read: Taapsee Pannu reveals reason behind not appearing on 'Koffee With Karan'

To which, Sonam, looping in her real-brother Harshvardhan Kapoor, replied: "I am not discussing it, between my brothers there's no one left". Karan burst out laughing and said: "What kind of brothers do you have?" To which, pat came the reply from Arjun: "What kind of sister are you, what are you saying about us. Why does it feel that I have been called on this show to be trolled by Sonam."

Talking about his lady love Malaika, Karan asked how he saved her name on his phone. To which, Arjun replied: "I really like her name. Malaika." In the promo, Sonam is also seen asking Arjun about one thing that annoys him about her. He replies: "You don't wait for anyone else to give you a compliment. You just give yourself a compliment."

Next Story : 'Fabulous Wives of Bollywood Wives 2': The new teaser will give you a sneak-peek into the inner circle