Bringing an all-new side to celebrity kinship, Sonam Kapoor Ahuja and Arjun Kapoor wholesomely bring before viewers a funny, candid Tom and Jerry dynamic for viewers to enjoy and fall in love with 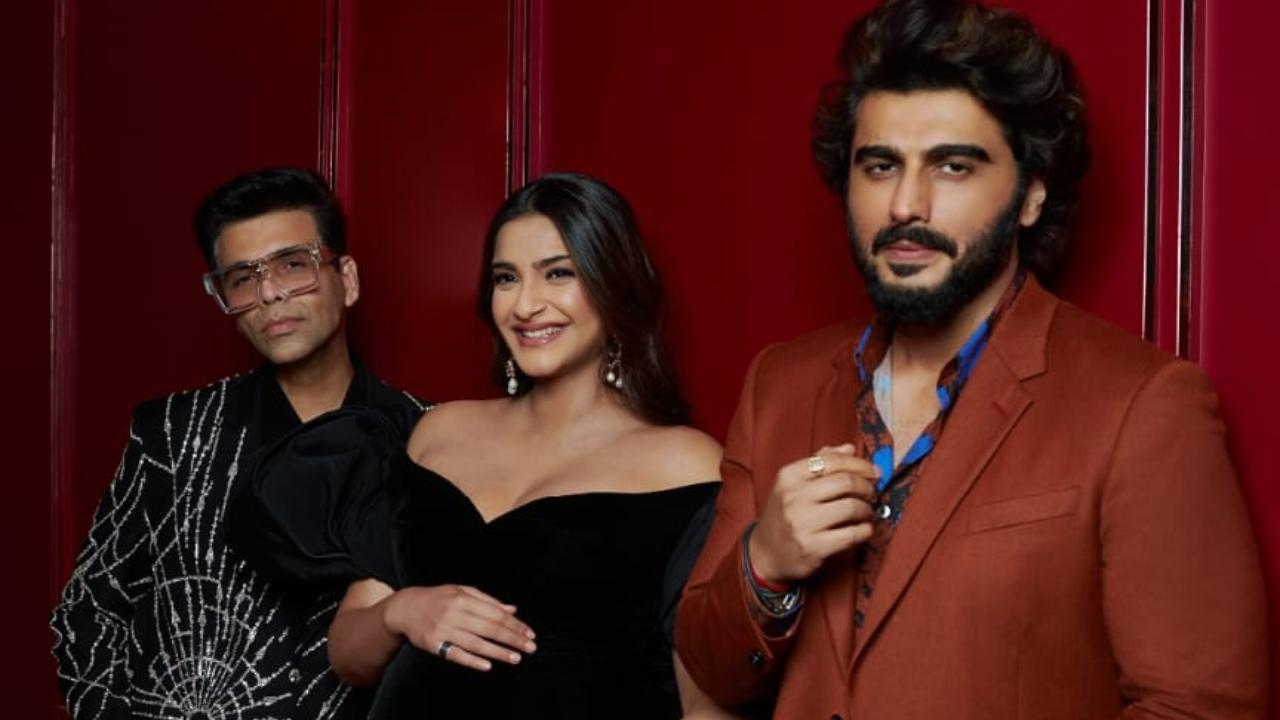 
Spilling the beans on life, love, family, and work, this Raksha Bandhan, Koffee With Karan Season 7 on Disney+ Hotstar welcomes charismatic cousins Sonam Kapoor Ahuja and Arjun Kapoor as the duo storm the couch with their heartfelt stories from childhood to adulthood. Marking her fourth stint on the couch, an unreserved mom-to-be Sonam Kapoor Ahuja does what she has always done best - stir the pots of steaming conversations while looking drop-dead gorgeous. A couch veteran and the one name that is on every celeb’s calling list to shout out “Hey, Karan - its me!”; Arjun Kapoor brings his natural suave to this season.

When Sonam Kapoor Ahuja reveals about her brother’s ‘dating life’ with an explosive statement and several others in tow, it is no wonder Arjun Kapoor is seen woefully saying, “Why does it feel like I have been called on the show to be trolled by Sonam!”

The new ‘trolling’ segment revealed quite a few things but the highlight was when Sonam Kapoor Ahuja asked Arjun Kapoor what is the most annoying thing about her, he said “You don’t wait for anybody else to give you a compliment, you just give yourself a compliment. Am I not looking good? Am I not looking gorgeous in this dress? I am looking beautiful”. Sonam Kapoor Ahuja’s savage response to this will definitely make you ROFL, she said “It comes from being Anil Kapoor’s daughter”

Bringing an all-new side to celebrity kinship, Sonam Kapoor Ahuja and Arjun Kapoor wholesomely bring before viewers a funny, candid Tom and Jerry dynamic for viewers to enjoy and fall in love with.