Pratik Gandhi: Yours Emotionally helped me perform this part

Fronting same-sex romance in Modern Love Mumbai, Pratik discusses how his unreleased 2006 LGBTQiA+ film formed the groundwork for the role 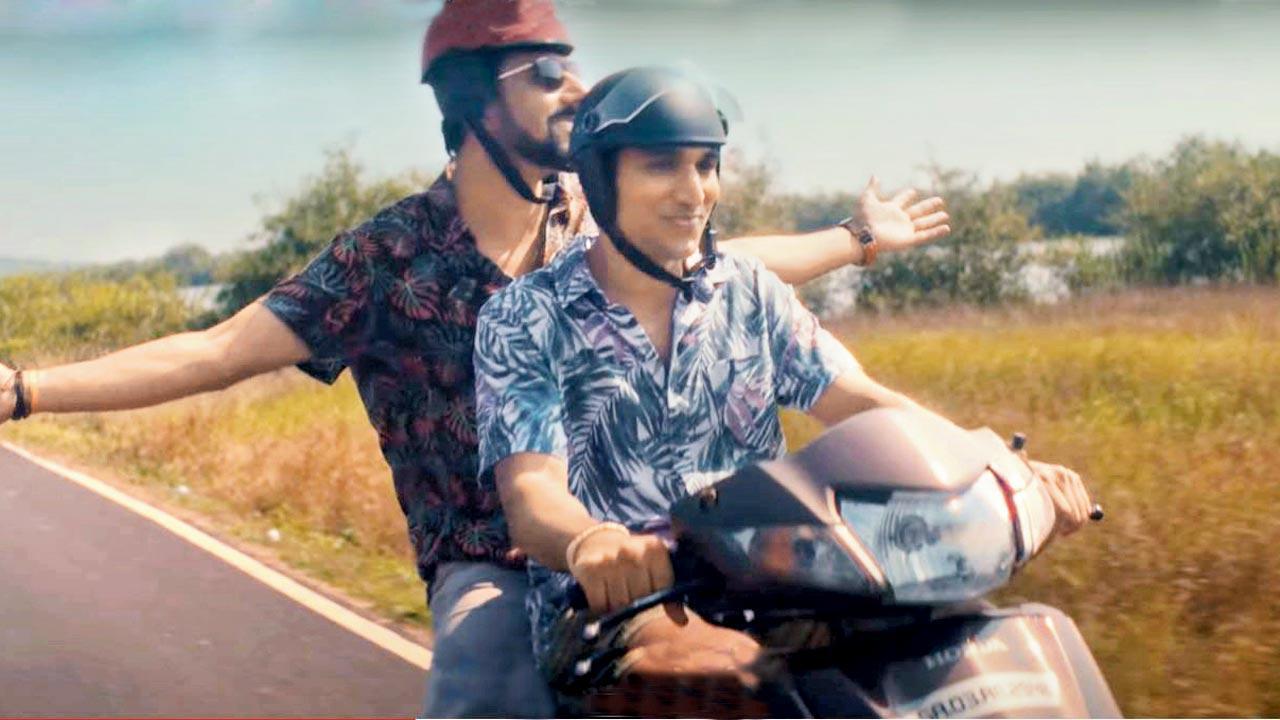 
When Pratik Gandhi came on board Modern Love Mumbai to tell a same-sex love story, he had a singular concern — that the LGBTQiA+ romance should not take the aid of comedy to make its point, as Bollywood is wont to do. Director Hansal Mehta shared the opinion, and thus, was born their short film, Baai. “We didn’t want to [portray] it in a caricaturish way. We never wanted to take the shield of comedy. Whenever you speak about this subject, the biggest tool that [filmmakers] use is comedy. But we didn’t want this emotion to be diluted,” begins Gandhi.

The Amazon Prime Video offering, like its American counterpart, is inspired by the New York Times column, and sees six acclaimed directors team up to tell distinct love stories rooted in Mumbai. Baai, co-written by Mehta and Ankur Pathak, sees Gandhi as Manzar Ali, who struggles to tell his truth to the person he loves the most. “Manzar comes from a joint orthodox family with different values. He is constantly fighting fear. When everyone around rejects the truth, you question yourself and go into self-doubt. I understood his journey when I performed the part. [Otherwise] it gets difficult to understand what they go through.”

Embracing a character so far removed from his reality can be difficult. The actor turned to his 2006 film, Yours Emotionally, for reference, adding that he approached the character of Manzar with sensitivity and maturity that he probably didn’t possess 16 years earlier. “Yours Emotionally was [made] for international LGBTQiA+ film festivals, but it never got released. Back then, I didn’t have any clue about the community. When I was selected for it, I got to work with the community. That was my introduction to this world. I have come across some heart-wrenching stories since, and now, I understand what they go through. That film never led me to another movie, but after so many years, it helped me perform this part.”

The short film also stars Tanuja and Ranveer Brar. Gandhi is delighted to share screen space with the veteran. “She lights up the screen. The style of performance has changed a lot [over the decades], but even now, she is effortless.”

Next Story : Watch video! Couple Goals: Filmmaker Binoy Gandhi admits to being the shopaholic in the relationship