Shibani Dandekar on Hostages 2: I've never played an antagonist before

shibani Dandekar talks about being part of Hostage Season 2 and playing an antagonist for the first time. 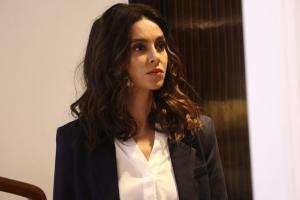 
The highly anticipated crime thriller Hostages season 2 is now ready to entertain you on your personal entertainment screen. The trailer garnered immense appreciation from the fans across the world. Season 2 has new talent in the show whose performance will get you on the edge of your seat! Actors Divya Dutta, Dino Morea, Shibani Dandekar and Shweta Basu Prasad are the new faces introduced this season. It will also see a come-back of actors such as Dalip Tahil, Surya Sharma, Aashim Gulati, Anangsha Biswas and Mohan Kapu from the first season.

Sharing her excitement about the show, actor Shibani Dandekar shares, " Isha Andrews was so different from anything that I've played before and I thoroughly enjoyed getting into the skin of this character"

Shibani further describing her character adds, "She is ruthless, fierce, driven yet inexperienced and that at times can mean her insecurities can seep through. Isha is constantly trying to prove herself and for the most part knows what she wants and what she is doing until the underlying fear that she has with Ranbir (Dino Morea) comes into play. I've never played the antagonist before and I was so excited to play a different side for a change. It was quite a challenge to balance the softness of Isha with the tough exterior and playing her was a real dream.. we have many parts of our personality that are similar in terms of strength and weaknesses".

Helmed under Director Sachin Mamta Krishn and series director Sudhir Mishra, the actor shares her experience working on the set, "It was such an incredible experience on set, such a lovely cast that felt like family and the entire unit was so much fun and supportive. When you work in an environment like that, you can really thrive and bring out the best work and hopefully that shows in what we have done with season 2".

Next Story : Crackdown: This espionage series will have you on the edge of your seat