The stakes are higher in Season 3, as ‘the game behind the game’ becomes more intriguing and a personal vendetta takes the centre stage 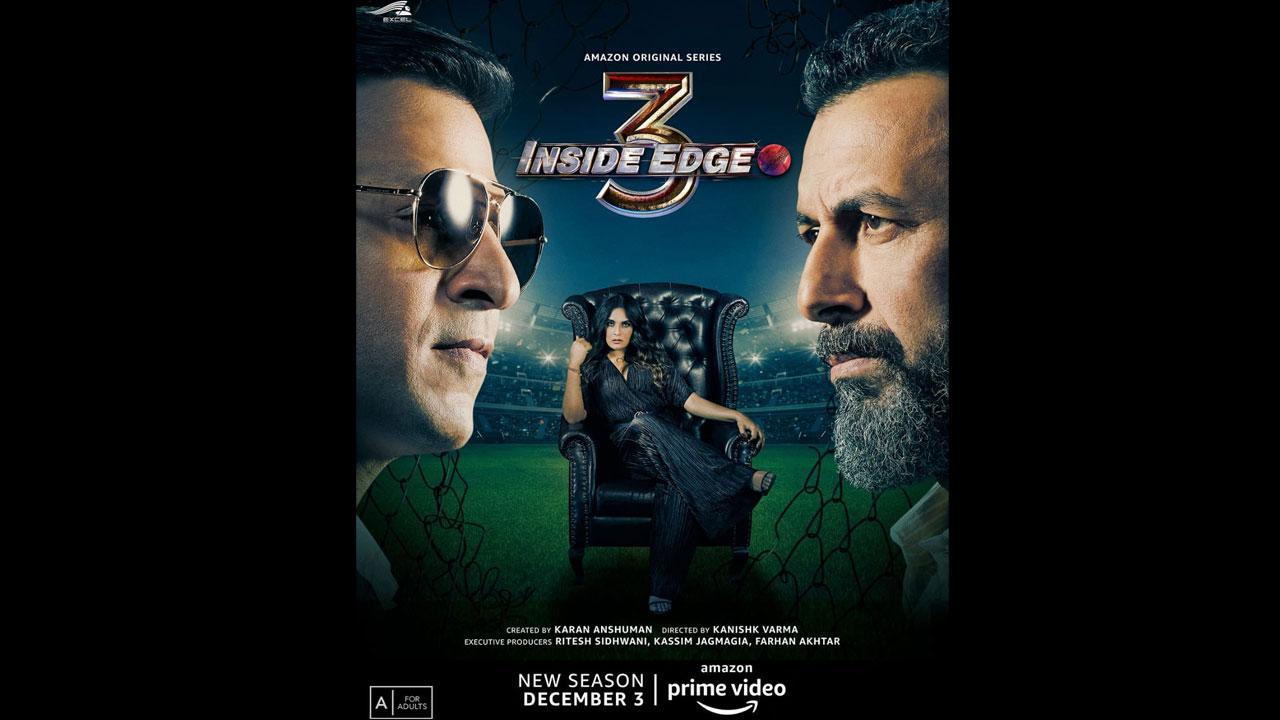 
Created by Karan Anshuman, Season 3 of the hit show stars Vivek Oberoi, Richa Chadha, Tanuj Virwani, Aamir Bashir, Sayani Gupta, Sapna Pabbi, Akshay Oberoi, Sidhant Gupta and Amit Sial. The makers announced that the highly anticipated third season of the Amazon Original series Inside Edge will premiere globally on 3 December 2021 in more than 240 countries and territories. Created by Karan Anshuman and directed by Kanishk Varma, this season, the stage is bigger, the stakes are higher and the game is more personal than ever. After the phenomenal success of the first two seasons, get ready to witness the dark underbelly of cricket as the ultimate game of power and greed is unleashed.

Aparna Purohit, Head of India Originals, Amazon Prime Video India, said “The first one is always special! The International Emmys nominated series, Inside Edge was the first Indian Amazon Original that received immense appreciation, accolades and helped set a high bar for storytelling. Our association with Excel Media and Entertainment has continually helped in bringing forth some compelling narratives spanning multiple genres. This season, the fans are in for a treat as the plot intensifies which will keep them on the edge of their seats. Replete with multiple twists and turns, the new season of Inside Edge has in store a lot more drama and mystery that will unravel through a riveting story and would impress fans and audiences alike in India and beyond.”

“The overwhelming response Inside Edge has received from viewers and critics alike has encouraged us to present yet another exciting season,” said Ritesh Sidhwani, Producer, Excel Entertainment. “Inside Edge is and will always be very special to us given that it is Excel’s first original with Amazon while also being Amazon’s first original in India. We are thrilled to chronicle the next gripping phase of the journey of Mumbai Mavericks, which will ultimately decide the fate of the team that has battled many odds. The third season of the Inside Edge franchise is a testament to the fact that we are committed to bringing our creative vision to life through interesting and innovativeâ° formats. We’re eagerly looking forward to the global premiere of the show on Prime Video.”