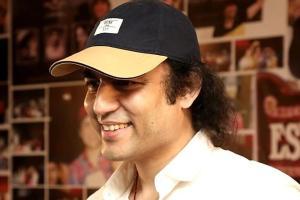 
On the very pious day of Ashada Shukla Ekadashi i.e. 1-7-2020, the historic Sanatan organization Dharma Sangha Shiksha Mandalam in Durgakund, Kashi founded by Dharma Samrat Karpatri Ji Maharaj conferred the title of 'Maharishi' to Sanskrit Mahanayak Megastar Aazaad for the unprecedented and historical contribution in the promotion, preservation and propagation of Dev Bhasha Sanskrit and Sanatan Dharma. Aazaad is the only actor-creator-filmmaker in the world who has been embellished with Maharishi ornamentation by Sanatan religion and culture. Megastar Aazaad, international ambassador of Sanskrit, acquainted the modern world with the Sanatan Dharma and the divine culture of Bharat by his creative capacity on the world stage. To bring our pride and divine glory to the hearts and minds of common human beings of the world through the forgotten language of the gods i. e. Sanskrit. Megastar Aazaad has created the first mainstream Sanskrit film in the history of world cinema - Aham Brahmasmi. He created not just a film but sheer magic in the form and name of Aham Brahmasmi. 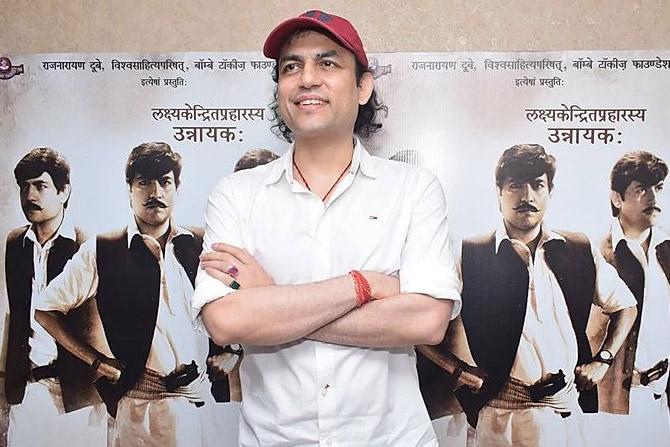 To spread Indian culture through artistic creative cinematic culture, Megastar Aazaad (Maharishi Aazaad) created a world history of his own. The first mainstream Sanskrit film Aham Brahmasmi was created and made the world cinematic wonder.

Devbhasha Sanskrit, which, due to the selfish selfishness and political and spiritual slavery of thousands of years, had become the language of oblivion and Hindu religious rituals, karma-kand today, it was revived by the Sanatani and revolutionary talent like Megastar Aazaad (Maharishi Aazaad) and converted into the language of people's hope with the divine past of India and the language of communication.

Aazaad, A brilliant student of Bhonsala Military School, founded by Dr. Balakrishna Shivram Moonje, who considers Dr. Balakrishna Shivram Moonje as his ideological mentor. With the revival of the Bombay Talkies, the pillar of the Indian cinema founded by Rajnarayan Dube, Himanshu Rai and Devika Rani in 1934 Megastar Aazaad (Maharishi Aazaad) brought the greatest revolutionary Chandrashekhar Azad out of the darkness of history. Aazaad presented Chandrashekhar Azad to the global audience with full dignity and pride through his unparalleled cinematic creation-Rashtraputra. Chandrashekhar Azad's thoughts, his life and philosophy exploded in front of a world audience when Rashtraputra, written, acted and directed by Megastar Aazaad (Maharishi Aazaad), had a historic performance at the world-famous 42nd Cannes Film Festival in France. 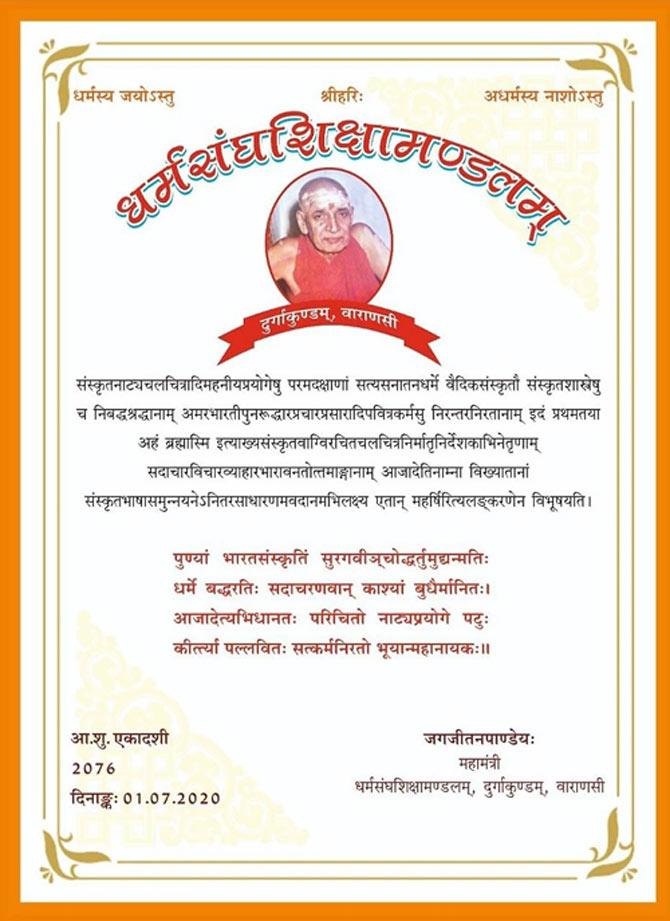 Megastar Aazaad (Maharishi Aazaad) not only successfully brought the old glory and dignity of India to today's global generation through his classic film 'Aham Brahmasmi' but also communicated the Indian divine culture to the new generation.

It is noteworthy that the Rashtraputra and Aham Brahmasmi created by international ambassador of Sanskrit and Sanskrit Mahanayak Megastar Aazaad has been produced by Kamini Dube, a Sanatani nationalist woman producer in collaboration with the pillar of Indian cinema - Bombay Talkies.

Aazaad's relationship with his eternalness is so deep that Aazaad may live physically in any corner of the world, but his mind is engrossed in eternal culture and spirituality of Sanatan Bharat. During his stay in England, Aazaad was seen singing Hanuman Chalisa and Durga Saptashati with the band kept on the streets and squares in London.

The art- journey of Aazaad has started from Kashi, the holy city of Baba Vishwanath, i.e. Lord Shiva, the spiritual capital of India, which will continue from the holy river Ganges to the Thames, Mississippi, Amazon and the Nile to the Volga. Aazaad's art-journey with the world-tradition will embody the spirit of Vasudhaiva Kutumbakam.

Apart from the role of an intense artiste, art and culture crusader, filmmaker and Megastar Aazaad is also proving his worth in many other different constructive roles. Megastar Aazaad (Maharishi Aazaad) is in his leading role with his body, mind, actions in the campaign to make and prove Ayurveda a divine life science. Intending to benefit the whole world from the blessings of Ayurveda, Sanatani women producer Kamini Dube has established ma Ayurveda and has appointed Megastar Aazaad as the global ambassador of Ayurveda because of Aazaad's knowledge, interest and devotion to Ayurveda. Maharshi Aazaad (Maharishi Aazaad) will now make Ayurveda a door-to-door achievement.

Megastar Aazaad (Maharishi Aazaad) is now in the Sanatan role of Maharshi Aazaad. Now the responsibility of the tradition of Sanatan culture, Dharma-Karma-Yoga of our great ancestor sages ranging from Maharishi Vyas, Maharishi Valmiki, Maharishi Charak, Maharishi Sushruta to Maharishi Yogi Arvind will be on the broad shoulders of Maharshi Aazaad. Maharshi Aazaad's Mahayagnya of this important task of enriching the world humanity with eternal civilization-culture will be completely successful.