Johan Feder - The France based Artist making a name for himself 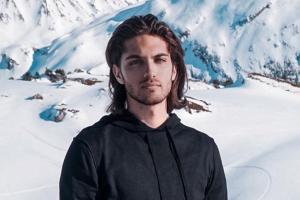 
What makes a youngster or a newcomer in any industry successful? Or gets him even nearer to his goals? Well, for different people success means different, but apart from destiny, a person's courage and the strong will to do something and to reach somewhere in life is what can be one of the defining aspects of a successful individual. It is the attitude to never give up in life that leads a person more towards achieving their goals. The similar life values and attitude can be found in a French-born artist and a skilled youngster named Johan Feder. It can be said that all the things that Feder touches becomes gold for him, as he optimizes every single opportunity in his life, learns through the process and excels at everything.

He had an unusual connection with the artistic and creative world, a connection which couldn't be defined. So, to find the purpose of his life and to know what is that thing which drives him so much towards the artistic industry, at the naive age of 10, Feder got the motivation to play the piano. Born in 1995, and being still under 25 years of age, this young artist has over the period of time proved his prowess not just as an artist but also as an entrepreneur.

When Feder was in his early teen years at 17, he wanted to gain more knowledge of musical instruments and so he decided to learn the guitar. Music gave him wings to fly and his purpose of life as well. However, being a shy kid, Feder always preferred to play music for himself and not in front of others.

Apart from his love for music, Feder loved to work with computers as well. He learnt many things about the same all alone by practicing a lot and improved his abilities operating it. Later, he realized that his life's journey is something he needs to carve all by himself and as early as possible to explore many other opportunities that waited for him. So, after finishing high school, he left studies and started to focus on making his career the way he desired it.

Feder however, never stopped learning and in just three months, learnt the art of developing websites. This resulted in him becoming an entrepreneur in the digital world. Feder is also a web designer; his digital agency offers a wide range of services like web designing, 3D animation, marketing, ios development and many other things.

Even after achieving so much at such a young age, Feder felt the need to achieve great feats in the artistic world and hence, he joined an acting class in Paris, giving two years of his life to excel as an actor.

Talking about the music sensation he is, his recent single 'Shipwrecked', has received resounding love and appreciation from listeners and his fans. The song has the power to connect with people on a higher level and thus has resulted in Feder earning the respect of the music industry and people across mediums.

Being an all-rounder with skills in singing, songwriting, acting and entrepreneurship, Feder proves that age has nothing to do with success, but the strong will power and the passion is what helps an individual make his dreams a reality.