Krishna in a new light

"The book The Cowherd Prince by Krishna Udayasankar, released on October 19, is available for ordering on Flipkart and Amazon " 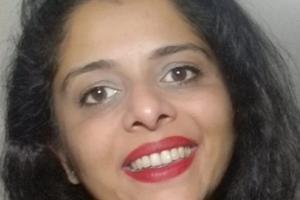 The book 'The Cowherd Prince' by Krishna Udayasankar, released on 19th of October, is available for ordering on Flipkart and Amazon. The book details the origins of a young Krishna of mythology, called 'Govinda', and his reluctance towards his destiny to become a king.

The book is a prequel to the famous Aryavarta Chronicles written by the author. "I thought I was done with the character, Govinda Shauri, that I had said everything there was to be said. But even as I was finishing the last book of the Aryavarta trilogy, I realized I still had many questions about the character, about how he became the master strategist we see in the Aryavarta Chronicles" said an enthusiastic Udayasankar.

When asked about her reason for such a portrayal of the beloved god, she said "In these times, we need stories of men and women who rise to be heroes. I wanted to believe that Govinda Shauri was a man, a brave and compassionate person that each one of us could aspire to be." The book encases a plethora of socio-political issues that are as relevant today as they were in ancient times. "Fiction – especially myth, history and fantasy - are a nothing but devices. We use the past, or alternate realities to examine and make a statement on the present. For a story to be relevant, it has to be as much about the here and now, even if it is set in eons past" Udayasankar said.

Since the book hit the shelves, it has already sold a handsome number of copies and the people have already given the poll on their favourite character, Balabadra. Jatin, a young fan, who bought the book, said that "I love Balabadra. I relate to him. He is this enigmatic role model of honor, responsibility and truth. He is the ideal person to look up to." The Cowherd Prince is also available at bookstores near you.