Talented singer Bishnoideep is making some buzz in the industry

The story of how Bishnoideep of becoming a Singer is pretty interesting. 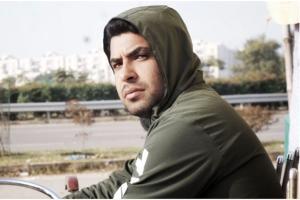 The entertainment industry is blessed to have many talented artist but there are some rare gems who are more than just talented. Today we will introduce you to one such talented young man who is known as Bishnoideep aka Sardeep Bishnoi. He is the fresh talented singer and songwriter that has made quite some buzz in the entertainment industry these days. The magic of his voice has mesmerised many of the legends of the industry and he is getting his fair share of stardom now.

The story of how Bishnoideep of becoming a Singer is pretty interesting. Bishnoideep who was born as Sardeep Bishnoi in Sarangpur-Adampur in Haryana started his musical journey in Kota, Rajasthan where he was a physic teacher. Meanwhile teaching physics he also learned the art of music in Kota. Which eventually later ended up him realising he first song named "Bollywood Nakhra" on YouTube. The song went viral and was loved by thousands of people around the country. This got him lots of praise from the audience and at just the age of 23 Bishnoideep became an Internet sensation.

He didn't stop their and he went on to do more stuffs in the industry along with singing like song writing and acting. Over the period of this short time with his amazing swag and style in Punjabi Pop and Bhangra Dance style he has become an attractive performer of the music industry. An interesting fact is that because of his amazing work Sardeep Bishnoi was given the name of Bishnoideep by filmmaker Lakshya Vijay.

The talent and performance of this young guy has caught many eyes of the legends of the industry and the way he is going it looks like the music industry is getting the next superstar soon.

Next Story : bags, bags, all the way!